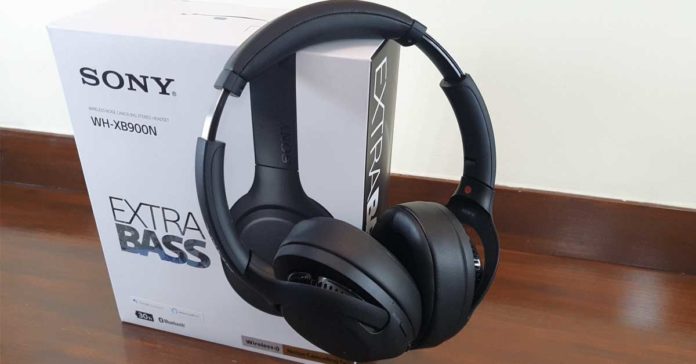 When it comes to great audio, there are only a handful of premium headphone makers available in India. And the most sought after, which has been doing business for years in India is Sony. After the success of Sony WH-1000XM3, which were launched last year, the Japanese major launched the Sony WH-XB900N headphones in India. Yes, we too are not a big fan of how the company has named its headphones, but what we are an admirer of is the resonance they provide. We got to play with these wireless headphones for well over 15 days and this is what we could make of them.

The Sony WH-XB900N headphones are very similar to look at when you compare them to WH-1000XM3. From a distance, you can even mistake them for each other. However, there are subtle differences upfront and once can see that the Sony WH-XB900N headphones do come with plastics that are just a notch below the premium version. More so because the makers wanted to provide all the cool things like active noise cancellation and tap to operate earcup in a less expensive sound module.

Nonetheless, Sony has done a good job overall. As the built is robust, the cushioning is great on both the earcups and headbands and one does not get any feeling of flimsiness from them. Available in two colours, Blue and Black, we tested the black ones out and they are as black as one can get. The left year cup has the 3.5mm audio port (in case you run out of battery), USB Type-C charging port, the power button (which also double up as the BT button), LED indicator and a custom button. NFC logo can also be found here. Sony log is placed on both sides of the over-the-ear style headphones.

Microphones can be found on both the earcups since they actively cancel noise. The headphones listen to the ambient sounds and cut them down. The right ear cup is plain since that is the area where you will swipe up or down to decrease or increase the volume or swipe left or right to play the previous or next track. Tap it to play or pause a song. A 2.5 feet aux cable is also supplied in the box with a short USB Type-C charging cable. Maybe Sony thought one will only charge the Sony WH-XB900N headphones via a laptop. Also, in the box, you get a string carry bag, which does seem premium but you do miss the hard carry case that comes with its predecessor. Again, all this has been done to keep the price low. 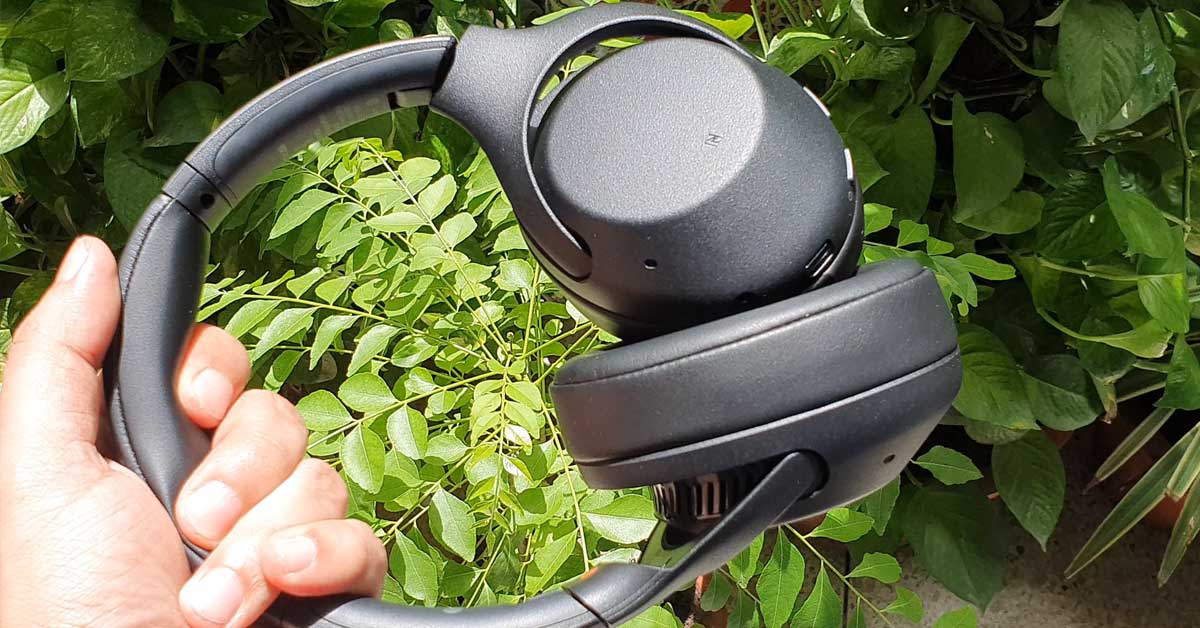 Sony WH-XB900N headphones are great when they start working. Setting them up is easy and one can download the Connect app on Android and iOS to explore all its features. All the cool stuff from the previous generation comes back in these too. Like for instance if you are in a plane and the air hostess wants to talk to you, just put 3 fingers on the right ear cup and the headphones will reduce the inside volume and seep in the ambient sound. So, you can hear her clearly, without removing the headset.

The audio quality on the Sony WH-XB900N headphones is superb. Since these are from the Extra Bass series of headphones from Sony, the thump is breathtaking. The highs are great and lows are audible. Mids is something we found to the better on the previous gen, but yes those do ask for an extra shiny penny to own. The active noise cancellation feature works wonderfully well and it cuts down on 100 percent of the ambient noise when turned on. The app does a wonderful job to manage just about anything. You can choose a preset of your choice and can even manage the bass and treble. With Bluetooth 4.2 and NFC, one can easily pair them with any modern device.

Formats such as aptX HD and LDAC are also supported by the Sony WH-XB900N headphones. Users can choose what the custom button can do. For instance, one can attach Google Assistant to it. Yes, these headphones are Google Assistant and Amazon Alexa ready. The battery life of the headphones after a full charge is 30 hours (playback time) as Sony says, and during our testing, it could stay alive for almost that. With a quick charge of 10 minutes, you do get 1 hour of playback time with noise cancellation on. Overall, it took us over 6.5 hours to fully charge the headphones.

The Sony WH-XB900N headphones are great for listening to music, making a call or even accessing AI assistants. These pack up neatly as both the ear cups swivel and bend inwards. They are not very heavy to wear and since they are wireless you can lug them around anywhere at any time. If you travel a lot and want great sound power with you, these are a must-have accessory. And the price of Rs 15,500 is not bad at all for the premium sound quality they provide. We just wish a better carry case and a longer USB charging cable was part of the package, too.

OnePlus 9RT, OnePlus Buds Z2 gets officially launched in India: Here is how much they will cost