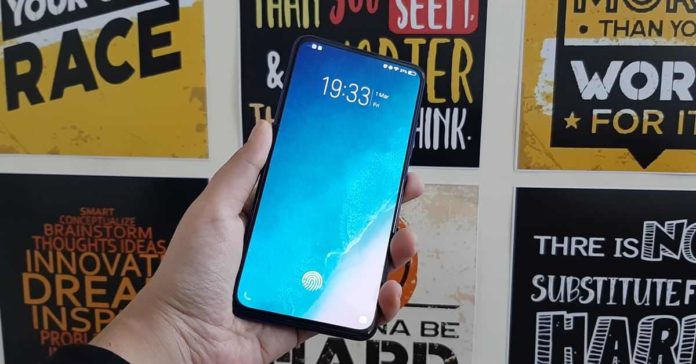 Vivo recently launched its V15 Pro smartphone in India that is touted to come with a triple rear camera setup, a pop-up selfie camera and an in-display fingerprint scanner. The company has also added a 48MP primary sensor on the Vivo V15 Pro smartphone. But is the company only talking about these features to market the device better? Or is Vivo V15 Pro actually that good? Read the rest of our review to find out:

Vivo V15 Pro smartphone’s front panel is completely dominated by the nearly bezel-less display. It comes without a notch on its screen thanks to the pop-up selfie camera that is similar to the one we saw on the company’s NEX handset. While this smartphone can provide the same full-screen experience like the NEX smartphone, there are some aspects that are better in spite of the fact that the latter is a flagship and the former falls in the mid-range segment. For instance, the device has a face unlock feature, which NEX doesn’t and Vivo V15 Pro’s in-display fingerprint scanner works better than the one seen on the company’s flagship. 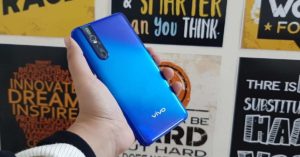 Flip over, and you will see that the design of the back panel of Vivo V15 Pro is very impressive. The top left corner of the rear panel of the mobile has a black-coloured strip that houses the triple rear camera setup of the smartphone, LED flash as well as the pop-up selfie camera module. Vivo V15 Pro is available in Topaz Blue and Ruby Red colour variants and the one that we got for review was dressed in Blue.

The smartphone has a plastic body and we have to admit that in this price segment, we did expect something better. However, we should add that in no way does it hamper the device’s look. In fact, if you are someone who gets worried about the glass back panels fragility, this may actually prove to be better for you.

One handed usage on the smartphone was not a problem at all. Its rounded corners and slightly curved back panel helped with that a lot. While the right edge of the Vivo V15 Pro comes with the volume rocker and power buttons, the left one has the Google Assistant key and the microSD card slot. The top houses the 3.5mm headphone jack and the bottom has a microUSB port, SIM card slot, and the speaker grill placed on it.

To sum it up, we would say that we really liked many aspects of the design of this smartphone. The pop-up selfie camera gave the handset a very futuristic look, and the back panel is quite a stunner. We liked the fact that no fingerprint smudges stay on the device’s rear panel and the gradient colours add to its premium look. Some may not like the plastic finish, but it wasn’t an issue for us. 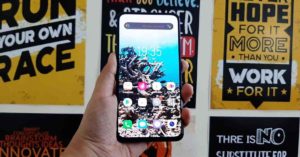 Coming to the 6.39-inches full HD+ Super AMOLED display of the smartphone, we really liked it. The colours were very rich and the blacks were deep. So no matter what you use your device for – watching videos or gaming – your experience will be a good one, also because there is no notch on top. We could easily use the smartphone under sunlight and the viewing angles were consistent.

Coming to the in-display fingerprint scanner of the smartphone, it was better than Vivo NEX, but we have to admit one thing: It didn’t recognise our fingerprint all the time. This was particularly true when our finger was moist. However, it is definitely an improvement over earlier models. In a nutshell, we would say that our experience with the smartphone’s display was a good one. It is one of the good aspects of the Vivo V15 Pro.

Performance is something many mid-level smartphones try to offer. Does the Vivo V15 Pro excel in this area? Let’s find out. Before that, let’s run you down through its specifications. Vivo V15 Pro runs Android 9.0 Pie skinned with FunTouch OS 9. It features a 6.39-inch Ultra FullView FHD+ Super AMOLED display that has an on-screen fingerprint scanner, too. Powered by an 11nm octa-core Qualcomm Snapdragon 675 AIE processor clubbed with 6GB of RAM, the device packs 128GB of internal storage. For more storage, users can add a microSD card of up to 256GB.

On the camera front, Vivo V15 Pro sports a triple camera setup on its back panel that includes a 48MP million quad pixel sensor with f/1.8 aperture, an 8MP super wide angle sensor with f/2.2 aperture and a 5MP sensor with f/2.4 aperture. For selfies and video calls, there is a 32MP pop-up front camera that has an f/2.0 aperture. The smartphone’s cameras come with AI enhancements. Vivo V15 Pro houses a 3,700mAh battery that has support for Dual-Engine Fast Charging. 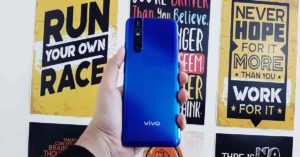 Coming to the software of the device, it is a heavily customised version of Android, unlike most other smartphones that have been launched recently. Like all other Vivo smartphones, the Quick Settings are not integrated with the notification panel, but instead can be accessed by swiping up from the bottom edge of the smartphone.

On the downside, Vivo V15 Pro came with a lot of bloatware. The pre-installed apps on the device include UC browser, Amazon, Facebook, PhonePe, Paytm, WPS Office and a number of Vivo’s native applications. We personally prefer smartphones that come with no bloatware. The closer a smartphone’s software is to stock Android, the better and cleaner it is. 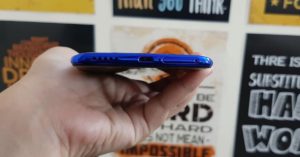 Vivo V15 Pro smartphone has the motorbike and gaming modes that promise to enhance the experience. Furthermore, it also comes with the Jovi assistant, which lets you put smart reminders and has features like smart planning and image recognizer. The smartphone also supports motion-based gestures and a virtual easy touch button.

Coming to its performance, the Vivo V15 Pro is powered by Qualcomm Snapdragon 675 processor and it comes with 6GB RAM and 128GB onboard storage. The device runs smoothly. There was no lag while launching or switching between apps and the smartphone didn’t slow down even when we had 10 apps running in the background.

We tried gaming on the device and even graphics hungry games like PUBG Mobile ran very smoothly. When we tried playing games like Asphalt 9: Legends while using our smartphone for navigation, the smartphone still handled it without heating up.

The 3,700mAh battery is another good aspect of the Vivo V15 Pro smartphone. It lasted easily more than a day with usage involving social media browsing, gaming, watching YouTube videos and shows on Hotstar, and more.

But we still wouldn’t call it the best aspect of Vivo V15 Pro, as we feel that the cameras of the smartphone deserve to be called that. In some aspects, the device’s cameras even surpass the ones on Vivo NEX. Yes, in some aspects only. The device has a triple rear camera setup comprising of a 48MP primary sensor, 8MP wide-angle lens and 5MP depth of field sensor. 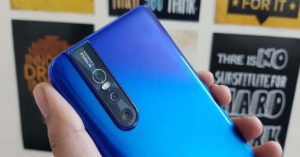 But then, we should point out that the 48MP primary camera of the smartphone combines four 0.8μm pixels into one 1.6μm pixel as it uses the Samsung GM1 sensor. This basically means that you get images that are 12MP in resolution. The company does provide an option to shoot images in 48MP resolution too and you can enable it via Settings. However, we preferred the 12MP images. Needless to say, the images taken were absolutely stunning. They were sharp, clear, rich in details and colours. We managed to click some very high-quality images during our time with the smartphone. The macro shots, especially, turned out to be really great.

In addition to this, you also have the option of clicking 120-degree wide-angle images and portrait shots whose depth of field you can adjust. There are also options that enable you to click live photos, apply filters, use AR stickers and beauty mode. Vivo V15 Pro’s camera also comes with AI-enabled scene recognition and portrait framing. 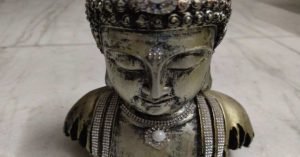 We personally found these additions to be very useful. And the images taken from the wide-angle lens and the shots with depth enabled turned out to be good too. The best thing about the smartphone’s photography is that its performance remains consistent when it is being used in the dark too. However, there was one thing that we were not very happy with. When we tried shooting 4K videos with the camera, it took the sensor abnormally long to focus on certain objects at times. It was slightly annoying, as the rest of the experience that we had with the cameras was very good. 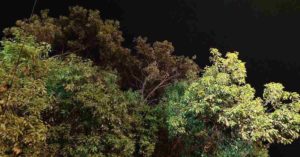 Now, let’s talk about the 32MP pop-up selfie camera. We simply loved it. However, we should again point out that the images you will get will have a resolution of 8MP. The images taken with the selfie camera were really good. And the best part is that it didn’t make our skin look artificially smooth or turn our skin unnaturally light just to make the images look ‘good’.

Although we were a little sceptical about how the face unlock would work, it worked each and every time for us. In fact, we preferred it over the in-display fingerprint scanner. It even worked in the dark, which is a very big plus on our test sheets.

We have to admit, when we first started using the Vivo V15 Pro smartphone, we thought it had several features that the company claimed to have added in order to market it better. However, we were very happy to be proven off beam. The triple rear cameras were superb, the selfie camera gives amazing results, the battery life lasts long and the device has a vibrant display.

The performance of the smartphone was powerful and it could handle graphic heavy games and multi-tasking with ease. However, the plastic body may not be liked by all and the fingerprint scanner could be better. But then, the pros dwarf the cons, and at Rs 28,990, we totally recommend you to go for the Vivo V15 Pro. Trust us, you wouldn’t regret it.