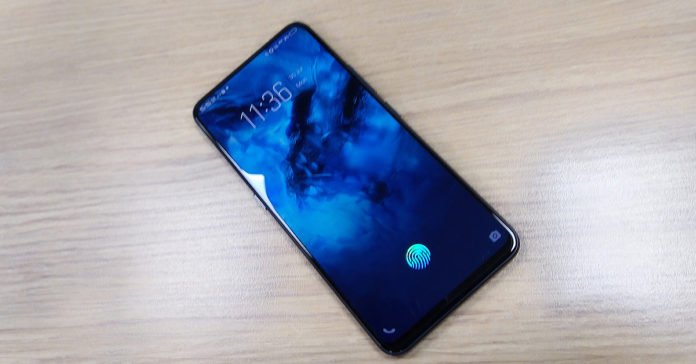 After seeing a slew of smartphones with notches on their display, it was really a relief to see Vivo come up with the futuristic looking Nex smartphone. But wait, that’s not the only thing about the Vivo Nex smartphone that’s worth talking about. It also has a pop-up selfie camera, an in-display fingerprint sensor, and is powered by the most powerful processor in the world.

The Chinese smartphone maker has left no stone unturned in packing its latest flagship device with the most high-end specifications and innovations.

Priced at Rs 44,990, it makes a good competitor for the recently launched and much talked about OnePlus 6. But does Vivo Nex actually has it in itself to make a mark in a segment that is dominated by OnePlus? We spent a few days with the smartphone, and here’s what we think of it:

The first word that comes to our mind when we think of Vivo Nex’s design is futuristic. And the second one, is most definitely premium. Vivo Nex is certainly the best looking smartphone by the company yet and it brings glass and metal together in a way that is simply beautiful.

There are a number of aspects of the smartphone’s design that make it look a class apart.

Firstly, unlike so many other smartphones we have seen this year, Vivo Nex did not copy the notch from Apple’s iPhone X.  It takes the term ‘bezel-less’ on to a new level altogether and does a great attempt at giving users an all-screen experience. It literally is as thin as it can be. While most other smartphones used the notch for the front facing snapper, earpiece and sensors, Vivo Nex has all of these housed in an innovative way. The selfie camera lives inside the smartphone and pops out from the top edge whenever you switch the selfie mode on in the camera app. The fingerprint sensor is beneath the display, much like Vivo X21. 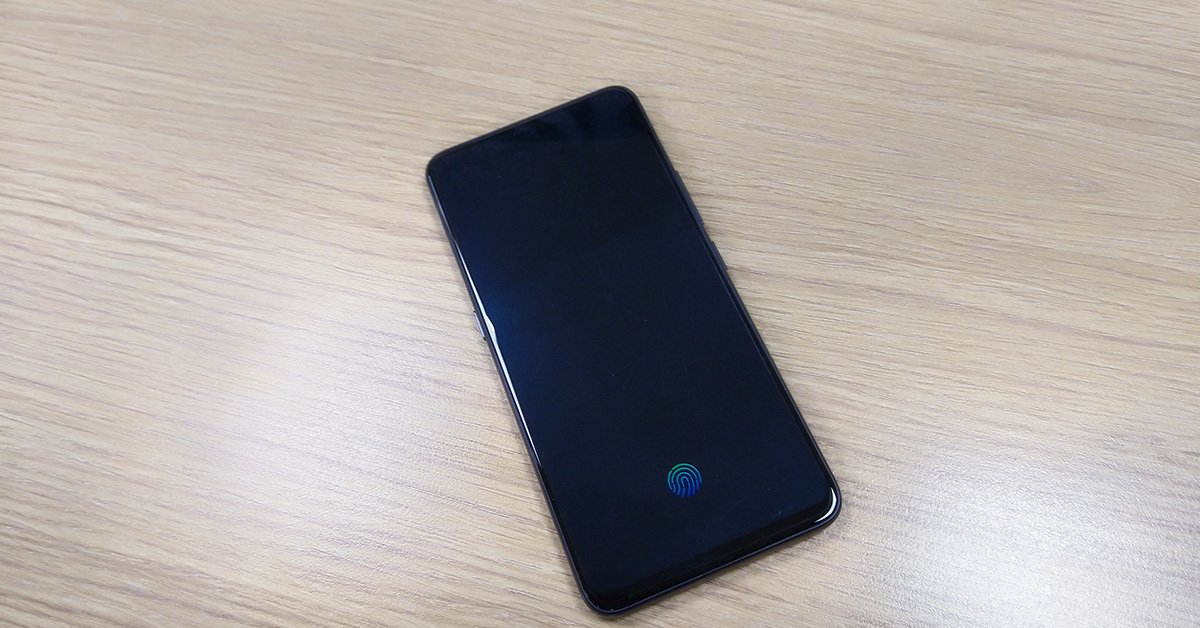 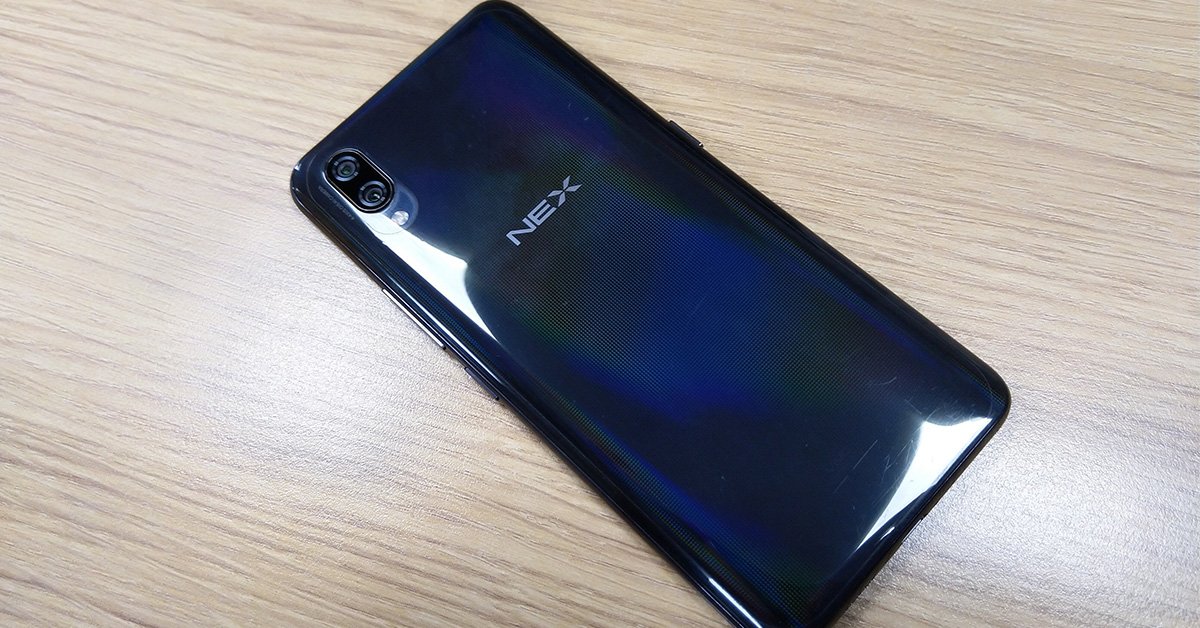 Flipping over, you’ll see a glass back panel on the smartphone that gets curved towards the metallic edges that house the power, volume rocker and AI buttons, the SIM tray, speaker grille, the elevating camera, 3.5mm jack and the Type-C charging port are also there.

The back panel is where the smartphone houses its dual rear cameras, LED flash and the NEX branding. Vivo Nex comes with a holographic pattern on its back which further adds on the aesthetic factor of the smartphone.

One among the very noticeable factors about the smartphone is that it is quite heavy – which is not surprising considering the fact that it has a large screen, a massive 4,000mAh battery, a selfie camera that pops up and metallic edges. But in spite of the weight, it wasn’t difficult for us to use the phone with one hand. Also, at this weight, most smartphones would stand at the risk of looking chunky, but not Vivo Nex. It is slim, in spite of being hefty. 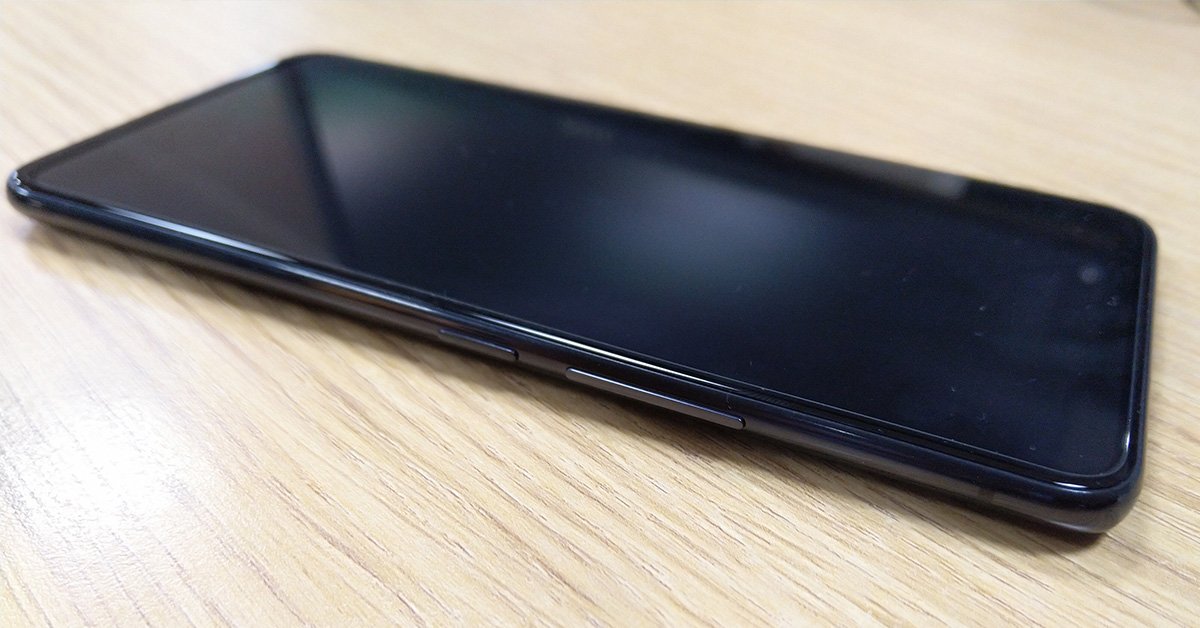 To put it in a nutshell, Vivo Nex really impressed us in terms of design with its futuristic looks and innovations. We also liked most of them. However, we did expect the smartphone to be dustproof and waterproof at the given price. Also, the pop-up selfie camera means no face-unlock.

Before we start speaking about the performance of Vivo Nex, we’ll take a minute to talk about its specifications and special features.

While the pop-up selfie camera has an 8MP sensor, the dual rear camera setup comes with 12-megapixel IMX363 primary sensor and four-axis OIS, an a 5-megapixel secondary sensor.

The special features of the smartphone include an AI button — which can trigger the Google Assistant and Google Lens, besides the elevating selfie camera, the in-display fingerprint sensor, the all display front panel and the Screen SoundCasting technology we have spoken about already sums most of its features up.

Talking about the display. The Vivo Nex has a 6.59-inch full-HD+ Super AMOLED touchscreen. iI comes with an aspect ratio of 19.3:9. In a sentence – the display is simply the star of the show. The colours are vivid and vibrant and the viewing angles are simply superb. The display can be dimmed enough for the smartphone to be used comfortably in a room that it not well-lit. Over that, the users can also define a particular time for the night mode to kick in. Vivo has also moved the ambient light sensor below the display of the smartphone and it worked quite well. Sunlight readability was not a problem either – something that we really think is a big plus for any smartphone.

Coming to the performance of the device, it was simply top-notch. With Snapdragon 845 clubbed with 8GB RAM, there was nothing the phone couldn’t handle. Everyday tasks were obviously not a problem, but even when we used heavy-duty apps on Vivo Nex and switched between them, it showed no lag at all. With the combination of the given processor and RAM, we even left many apps unused the entire day and it made no difference to the smooth performance of the smartphone. And in our experience with the smartphone, no app crashed or took too much time to launch.

Needless to say, we downloaded a number of heavy games on the device and spent hours playing them. The experience was amazing. Firstly, the visuals looked extremely appealing on the display of the smartphone, and the games ran flawlessly. We don’t remember a single time when we faced a lag on it while playing even heavy games like Asphalt 8. What’s more, the smartphone showed no signs of heating even after prolonged gaming – an aspect which that gets a super thumbs up for us.

Speaking of the software used in the smartphone, it will surely remind you of iOS, but then, this is not the first time we have seen a smartphone company take inspiration from Apple’s operating system. The operating system on the device also supports gestures to answer a call by just by placing the smartphone to their ear, turn off flashlight just by shaking their phone and launch apps like Music and WhatsApp by drawing ‘M’ and ‘W’ on the screen, when it’s off. A lot of options of customisation are available in the Settings of the smartphone and we do suggest you go over them.

Battery life was another amazing factor of the Vivo Nex. Even at the end of the day, we had around 30% power left after usage that involved social media apps, binge watching YouTube videos and gaming. This surely is impressive.

Speaking about the call quality of the device, although we were a little apprehensive about it, the Screen SoundCasting did not affect the quality of calls in a negative manner.  We could clearly hear the person who called us at all times, even when we were in areas like basements and elevators.

But, one thing that we didn’t like about the performance was the bloatware. Most flagship smartphones come without it, and we expected the same from Vivo Nex. Additional apps on the device included Phone Pe, Newspoint, UC Browser, Amazon, Amazon Prime Video and WPS Office. 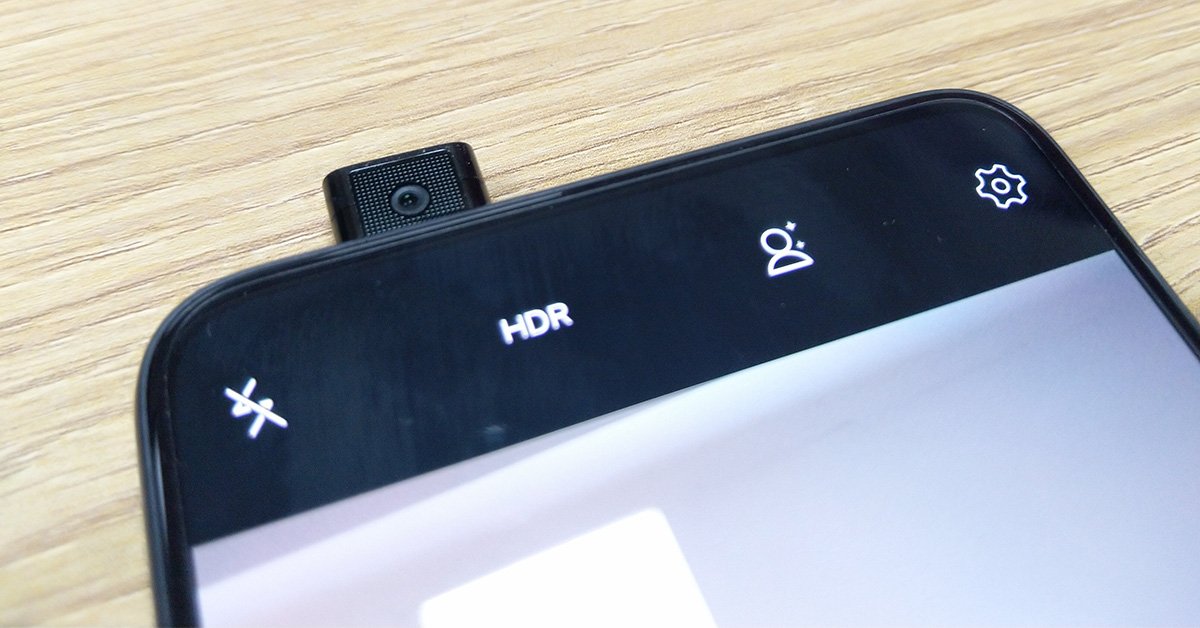 Now let’s talk about the cameras of the device. We really loved the photos taken by the dual rear cameras of the Vivo Nex. The colours were rich and accurate, and the details were really impressive.  During our time with the phone, it didn’t take long to focus on objects and we also didn’t face any shutter lag.

The four axis OIS ensured that the shots taken at night were brilliant. The dual rear cameras were intelligent enough to recognise the objects or scenes that were being shot and adjusted settings accordingly.

While the shots taken by the selfie camera are way better than what we have seen on many other phones, they didn’t match up to the ones taken by the dual rear cameras of the device.

While most of them had enough details and were extremely clear, there were a few, which we took in dimly lit conditions, had some noise. 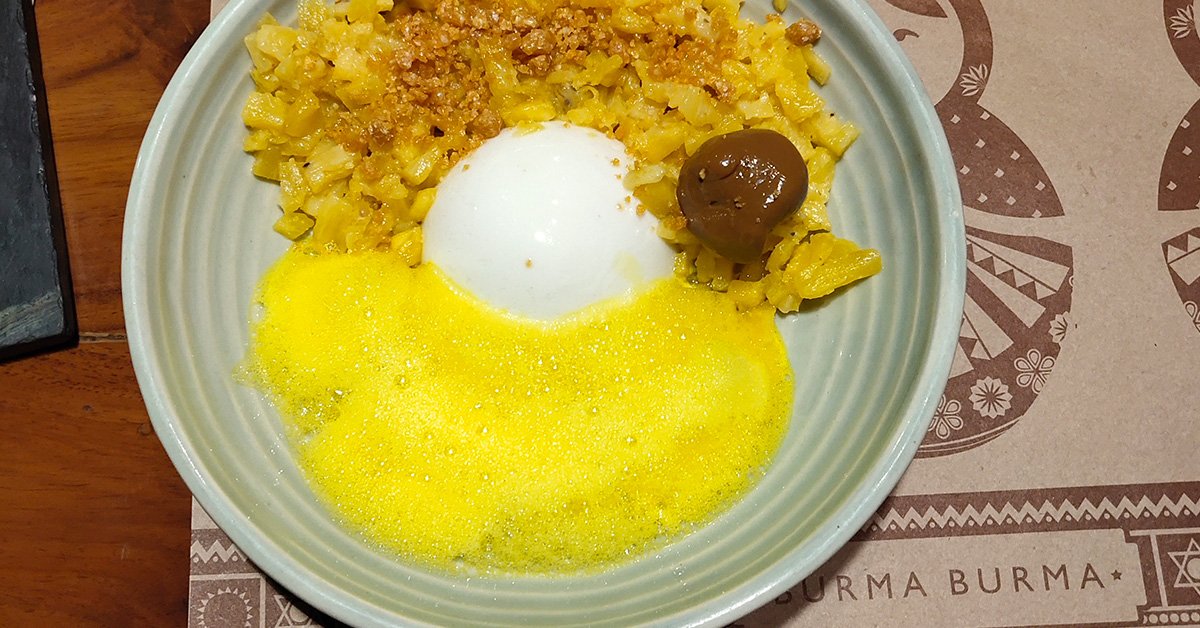 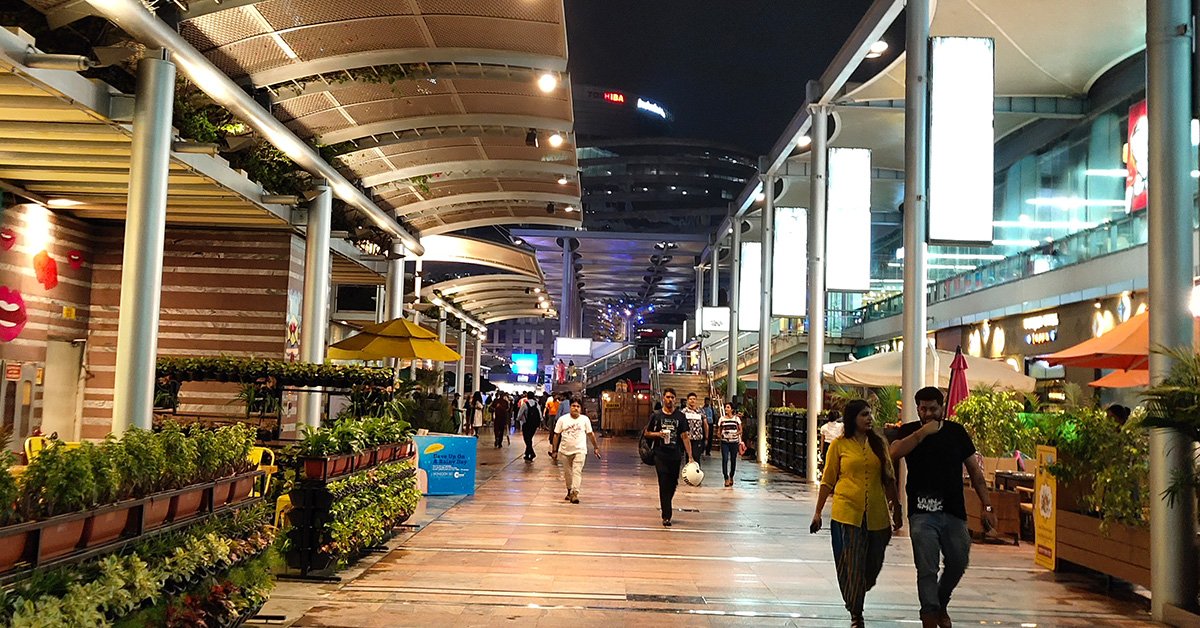 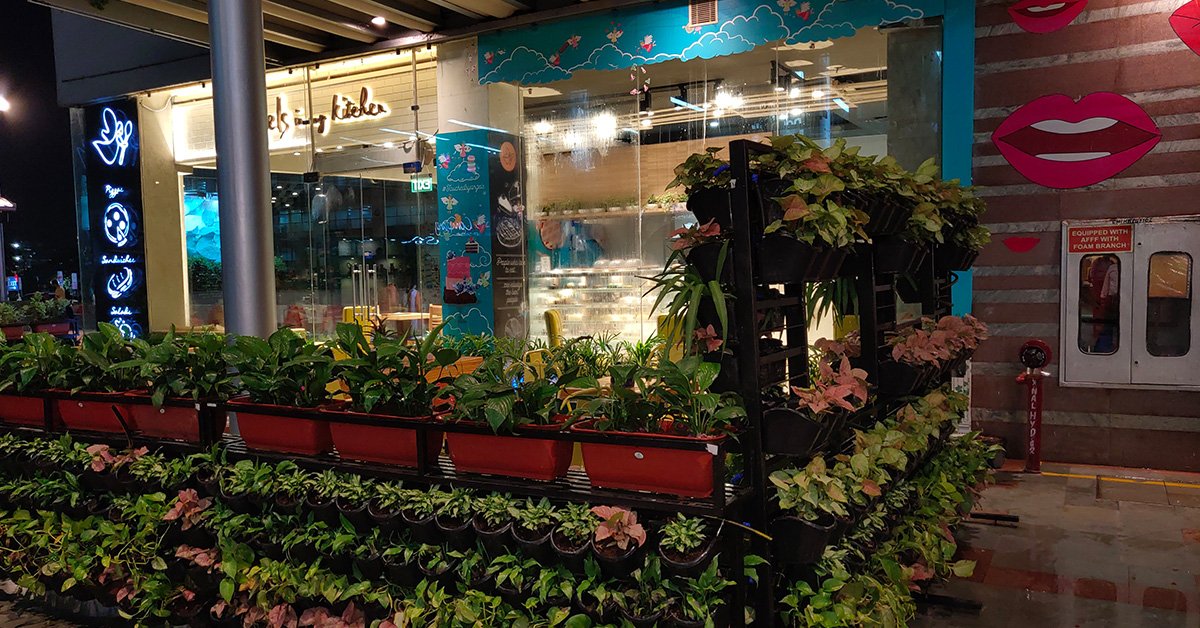 The camera app of the smartphone supports AR stickers that can be used with both the selfie and dual cameras. They are quite interesting and may even remind you of some filters you have seen on Snapchat.

Additionally, you can also use the smartphone to capture slow-motion videos at 1080p. We captured some and we were happy with the results.

The display and the design are amazing, the performance is excellent and the battery life is very impressive. The cameras mostly do a great job, too. At a price of Rs 44,990, Vivo Nex is definitely a very good buy. The downsides include the fact that there is no facial unlock, the smartphone isn’t dustproof and waterproof and that the selfie camera does an average job in dimly lit areas. But these are not a deal breaker, Vivo Nex is a great buy if you have budget of around those many rupees.

Not dust and water proof

- Advertisment -
After seeing a slew of smartphones with notches on their display, it was really a relief to see Vivo come up with the futuristic looking Nex smartphone. But wait, that’s not the only thing about the Vivo Nex smartphone that’s worth talking about. It...Vivo Nex Review: Stunner that packs powerful performance