HomeMobilesAhead of the launch, Mi 10 gets listed on the Amazon India...

Ahead of the launch, Mi 10 gets listed on the Amazon India website 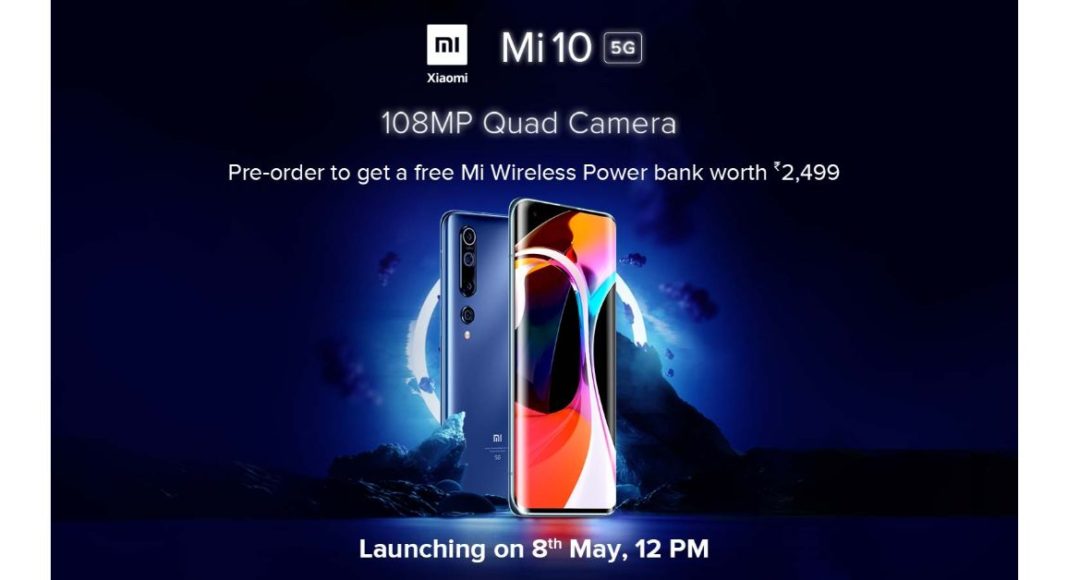 Xiaomi Mi 10 has been listed on the Amazon India website ahead of the launch. The company has created a dedicated microsite for its upcoming device. On May 8 the company will finally unveil the smartphone along with some new products such as Mi Box, Mi True Wireless Earphones 2 as well.

To recall, Xiaomi launched Mi 10 in China during February 2020 and is all set to make its debut in the Indian market. Prior to its launch, the smartphone has been listed on Amazon testing the availability. Initially, the device will be put on pre-order and then is expected to go on sale via the e-commerce platform as well as Mi.com. As per the microsite on the pre-booking of the new Xiaomi flagship the company will be offering  Mi Wireless Power Bank worth Rs 2,499 for free. Moreover, the microsite highlights the key specification of the upcoming smartphone.

Mi 10 is scheduled to launch on May 8 that is tomorrow via a  Livestream event and is expected to cost around Rs 40,000. In China, the company introduced the phone with an asking price of CNY 3,999 that translates to Rs 42,800.

Alongside the new device, the company has also confirmed to launch Mi Box which is the company’s new loT product that can convert regular TVs into smart TVs. In China, it is available in different models. In India, the company is most likely to introduce an upgraded model of Mi Box 4S that was launched earlier last year. 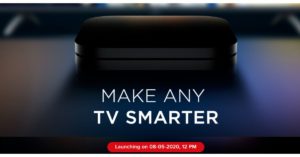 Also, the company will also launch Mi True Wireless Earphones 2 expanding its portfolio of personal audio products. The earphones will launch on the same day and Xiaomi’s Chief Manu Kumar Jain has also shared a teaser video via Twitter suggesting the launch of the product in India. To recall the company launched Mi True Wireless Earphones 2 this year in March at  EUR 80 that translates to Rs 6,600. The wireless buds will compete with Realme Bud Air that comes at Rs 3,999.

Mi fans, I think I have received 1000s of comments from you guys about this one. 😇

Excited to announce we will be launching this ultra cool😎 product along with #Mi10 on May 8.

In terms of design  Mi True Wireless Earphones 2 looks like Apple’s AirPods in design comes with an outer ear fit with 14.2mm drivers. The earphones support Bluetooth 5.0 and the LHDC Bluetooth codec for connectivity.

Mi 10 comes features a 6.67-inch full-HD+ curved AMOLED display with 90Hz refresh rate with 1,080 x 2,340 pixels of resolutions along with a hole punch housing a selfie camera. It comes with an in-display fingerprint sensor for security. The smartphone runs on  MIUI 11, skinned on top of Android 10. It is powered by an octa-core Qualcomm Snapdragon 865 processor paired with up to 12GB of RAM and up to 256GB of storage. The device houses a battery 4,780mAh battery with 30W wired and wireless charging as well as 10W reverse wireless charging options.

For optics, there is a quad rear camera setup consisting of a 108-megapixel Samsung’s ISOCELL Bright HMX sensor. Furthermore, there is a 13-megapixel wide-angle lens with a 123-degree field of view along with dual 2-megapixel camera sensors. While On the front, there is a 20-megapixel front camera for taking selfies and video calls.

Komila Singhhttp://www.gadgetbridge.com
Komila is one of the most spirited tech writers at Gadget Bridge. Always up for a new challenge, she is an expert at dissecting technology and getting to its core. She loves to tinker with new mobile phones, tablets and headphones.
Facebook
Twitter
WhatsApp
Linkedin
ReddIt
Email
Previous articleCOVID-19 outbreak: Samsung collaborates with Benow for New Digital Platform in India
Next articleTwitter’s ‘limited experiment on iOS’ warns users before posting hated replies