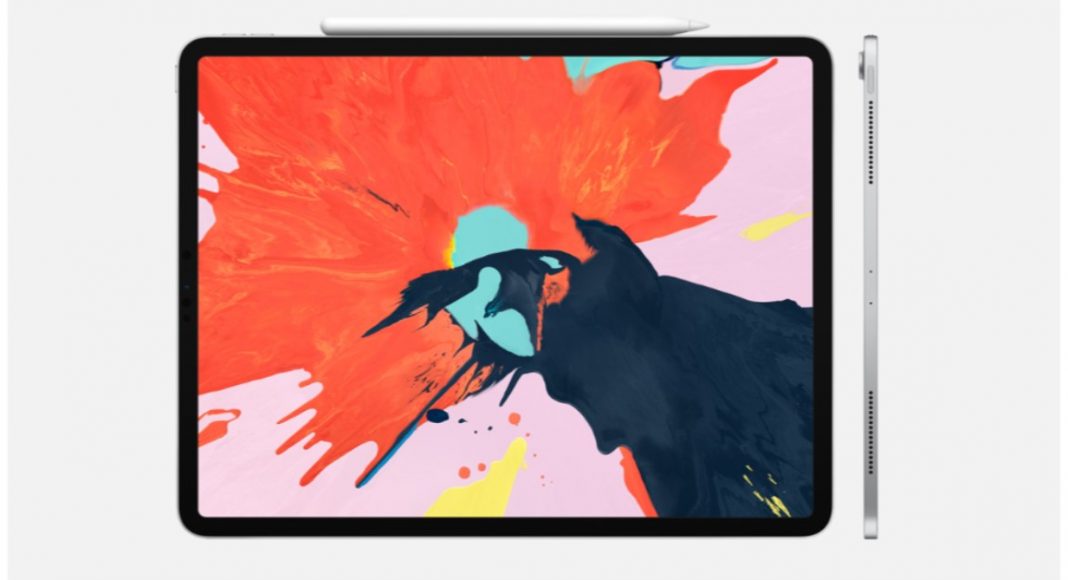 Apple has taken wraps off its upgraded iPad Pro at its event in Brooklyn today. According to the company, the new iPad Pro is more powerful than 92% of laptops and it can transform into a kind of a laptop with a keyboard that can be attached or even into s desktop provided its clubbed with an external monitor.

The new Apple iPad Pro comes with thinner bezels than its predecessor and is available in 11-inch and 12.9-inch models. Both the versions come with a super-sharp Liquid Retina display and has rounded corners. The device had to let go of a Touch ID sensor and only comes with a Face ID. The company has done this in order to thin down the bezels of the device.

The ProMotion displays used in the device have the ability to render content at 120 frames per second. They can also sense your fingers or the Apple Pencil at 120GHz.

The upgraded Apple Pencil can charge wireless as soon as it attaches to the tablet with magnets.

Apple’s new iPad Pro is powered by an A12X Bionic chipset and, according to the company, you get a 35% faster single-core and 90% faster multi-core performance compared to that of its predecessors. Coming to the GPU, it is said to be as fast as X Box One S’.

The new Apple iPad Pro runs the full-blown versions of Adobe Photoshop and Autodesk AutoCAD. The device comes with a Folio keyboard that can be attached via magnet.

The base model of the new iPad Pro comes with 64GB storage, and the most high-end one has 1TB. The other two storage variants are 256GB and 512GB.

The new iPad Pros have gone up on pre-orders and will go on sale on November 7. There are two versions – Wi-Fi only and LTE (with nanoSIM and eSIM). Both the models come with a 18W charger.

Avani Baggahttp://www.gadgetbridge.com
Avani has an immense love for reading, travelling and food, but not necessarily in the same order. Avani almost started pursuing law, but life had other (better) plans for her and she chose to be a writer instead (luckily!) She previously covered technology at Times Internet and wrote about smartphones, mobile apps and tech startups. When she’s not writing, you’ll be able to find her in book stores or catching up on her social life.
Facebook
Twitter
WhatsApp
Linkedin
ReddIt
Email
Previous article
Apple announces its updated Mac mini: All that you need to know
Next article
Top 15 smartphones that were launched in India this month