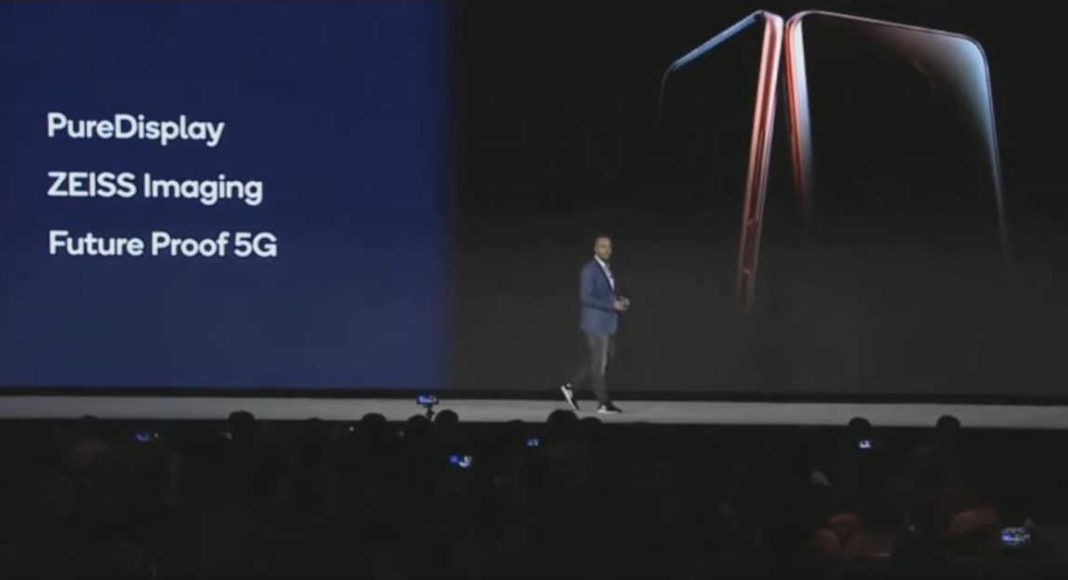 HMD Global has recently been in a tough spot. The competition in India and abroad got tough from the likes of Realme, Motorola and Vivo that cater to the same price segment. The company is now waiting for the tides of fortune for Nokia smartphone division through 5G. To do this, the company is relying on Qualcomm’s new 5G ready processors. The company announced at the Snapdragon Tech summit on December 3 that the company will soon release a 5G phone with a Snapdragon 765 processor and an integrated Snapdragon X52 5G modem.

On the first day of Qualcomm’s Snapdragon Summit, the Finland based company’s Chief product officer, Juho Sarvikas revealed the brand new phone and that it will be launched soon. The teaser poster showed a copper coloured frame and a side-mounted fingerprint panel and a curved rear panel with circular camera housing on it.

Juho Sarvikas also revealed that the new and upcoming Nokia smartphone will house Nokia’s very own Zeiss camera technology. The phone will also have PureDisplay technology, which supports HDR10 video playback support and upscale SDR content to HDR through a 16-bit engine, which is constantly working. The phone may also have 4K HDR video recording support if it has a Snapdragon 765 processor.

“Our highest priority for 2020 is making 5G more accessible – bringing an affordable yet premium grade, future proof 5G experience for the best possible performance in NSA and SA networks with the Snapdragon 765 Mobile Platform”, Sarvikas was quoted as saying in the official Qualcomm press release.

This possibly means that the new Nokia phone will have dual-mode 5G support. Details of this phone might go official at the company’s event on December 5 in Cairo. However, we are still doubtful of the smartphone as one of the biggest mobile markets in the world, India, is still on 4G band and 3G in some sectors and upgrading to 5G is not happening anytime soon. So, the phones by Nokia might come to India with limited power.

Achuuth Karthickhttp://www.gadgetbridge.com
The youngest member of Team Gadget Bridge, he is knowledgable Intern and loves his laptop and mobile phone. He cannot stay without them. He loves to talk about new consumer gadgets and has a bright mind.
Facebook
Twitter
WhatsApp
Linkedin
ReddIt
Email
Previous articleSamsung Galaxy A91 renders leaked revealed square-shaped rear camera module
Next articleQualcomm Snapdragon 865 is coming soon to these smartphones in the near future