Realme-5s smartphone teased by the Company, to possess 5,000mAh Battery 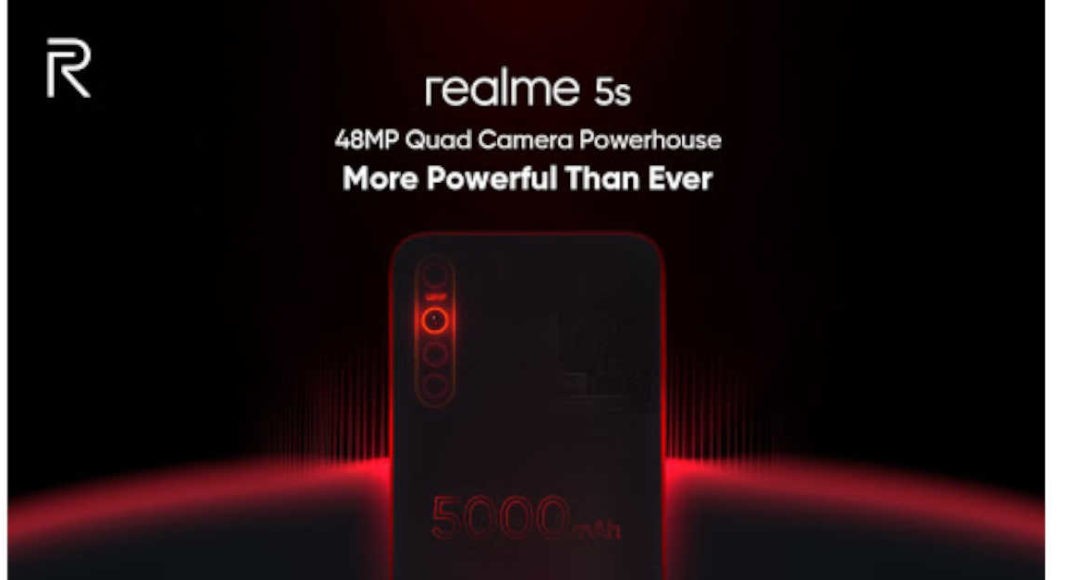 The Realme 5s is expected to be an upgraded version of Realme 5 that was launched in August earlier this year. The Realme 5s will come with a 5,000 mAh battery, the same as its predecessor. The India CEO of the company, Madhav Sheth, announced this recently. He also mentioned the presence of a 48-megapixel quad camera setup on the phone’s backpanel.

Even after his statement, it still leaves us puzzled about what are the key differences between the Realme 5 and the Realme 5s. The Realme 5s is all set to be released on November 20 with the Realme X2 Pro. And till then the company is tight lipped about the rest of the smartphones features.

“As promised, the second surprise launching on 20th Nov. is the all new #realme5s with 48MP Quad Camera and 5000mAh battery,” Madhav Sheth said in a tweet.

Apart from these two features, we do not know anything from official sources about the Realme 5s. Currently, it is possible that the Realme 5s might turn out be an exact copy of the Realme 5 with an addition of a 48-megapixel main shooter. Other possibilities are RAM and storage upgrades.

Talking about the Realme 5 launched earlier in August this year, it possesses a 6.5-inch HD+ screen, Qualcomm Snapdragon 665 SoC and a 5,000mAh battery. The phone also had a quad rear camera setup that is headlined by a 12-megapixel primary camera. The other three cameras are an 8-megapixel wide-angle shooter, a 2-megapixel macro camera, and a 2-megapixel portrait camera.

According to reports, the Realme 5s will be a better and improved version of its predecessor, which was released earlier this year. We now know that the main camera offers a 48 MP sensor compared to the mere 12 MP on Realme 5. We believe this will be a key difference between the phones.

We are sure many fans are looking forward to the launch, thankfully for them, November 20 is not too far away.

Achuuth Karthickhttp://www.gadgetbridge.com
The youngest member of Team Gadget Bridge, he is knowledgable Intern and loves his laptop and mobile phone. He cannot stay without them. He loves to talk about new consumer gadgets and has a bright mind.
Facebook
Twitter
WhatsApp
Linkedin
ReddIt
Email
Previous article
Compare: Motorola Razr VS Samsung Galaxy Fold
Next article
Apple has launched the 16-inch MacBook Pro with a magic keyboard in India