Is the Redmi K50i as good as the K20 was, let's find this out in this review. 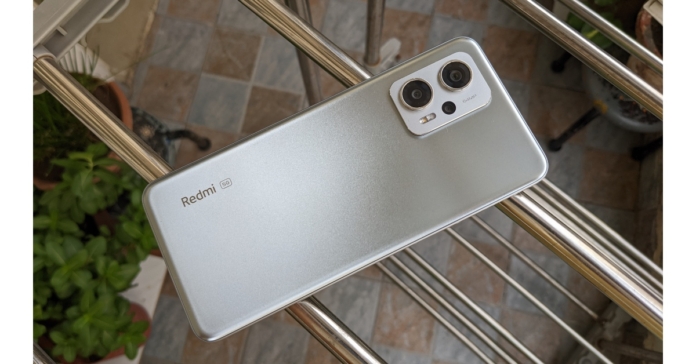 If memory serves, the Redmi K-Series was meant to be the sub-brand of Xiaomi’s affordable flagship series. In 2019, the Redmi K20 Series rose to extreme popularity. After nearly two long years, the business just recently released the Redmi K50i, which we have been using for quite some time in order to provide an in-depth, frank assessment. On Gadget Bridge’s YouTube channel, our hands-on review of the smartphone is already available. If you haven’t already, you should definitely look it up. 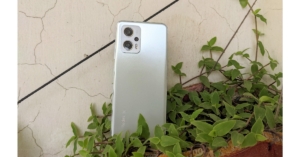 Therefore, the most capable Dimensity 8100 SoC from MediaTek, which is based on a 5nm process to make it power-efficient and supports Dolby Vision and Atmos, powers this gadget. With these features, the phone’s pricing is startlingly low, but unfortunately, the phone uses an LCD panel that is easily found in the sub-15k range, but this one has its own ups. Let’s go right into the Redmi K50i review to learn more about how the phone performed.

Redmi K50i features a less boxy, slightly curved design, but it also feels fairly thick and weighty. Despite the fact that the device is entirely made of plastic, it weighs a respectable amount, which may be due to the large 5,080mAh battery. We really adore the Quick Silver colour option of the smartphone, which is one of three available hues along with Stealth Black and Phantom Blue. It features a gradient finish that, depending on the angle from which you view it, reflects various colours of silver. 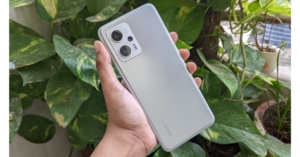 The phone’s large camera module wobbles when placed on a flat surface. While the side frame is plastic, flat, and composed of a smooth material. Since the object is quite thin and tall, using one hand to grip and operate it is simpler. 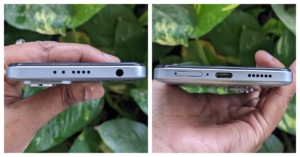 The bottom of the phone contains a twin nano-SIM tray, a Type-C port, and a speaker grill. On the right side of the frame are the power and volume rocker buttons. The power button also has a fingerprint sensor for biometrics, which unlocks the device incredibly quickly. 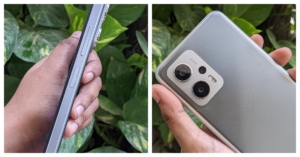 Additionally, the smartphone has an IP53 rating, which indicates it can withstand light rain or water splashes, but shouldn’t be used underwater. Additionally, a headphone jack is provided and is located on top of the frame.

In terms of the screen, the Redmi K50i uses an FFS LCD panel rather than an AMOLED panel. Therefore, you cannot anticipate that the display will be as sharp and dazzling as the AMOLED one. However, the display also works with HDR 10 and Dolby Vision. We utilised OTT and YouTube to view HDR content. 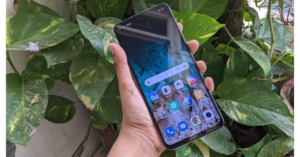 The screen’s 100% DCI-P3 colour gamut is actually rather nice. Therefore, the phone offers a 144Hz refresh rate option to make up for the absence of an AMOLED display. Depending on the content being played, its multi-stage adaptive refresh rate switches between several refresh rates.

The MediaTek Dimensity 8100 SoC, up to 8GB of LPDDR5 RAM, and up to 256GB of UFS 3.1 internal storage fuels the Redmi K50i’s performance. A vapour cooling (VC) chamber is a feature of Liquid Cooling 2.0 technology for thermal control.

When used regularly, the phone runs quite well, and we experienced no glitches even when using numerous apps and multitasking. Over that, gaming is also a complete joy. All of the games we tested on this device, including Call of Duty, Asphalt, and more, ran quite smoothly. The gaming experience was extremely fluid, with no lag or delay, and the game performance was excellent. Additionally, the Redmi K50i performs excellently thermally. Even when playing games, it does not throttle excessively after repeated gaming sessions, nor does it heat up.

The network functionality and call quality are both excellent. The phone supports 5G carrier aggregation and 12 5G bands.

The Redmi K50i’s operating system is MIUI 13, which is based on Android 12. Two years of software updates and three years of security patches are promised by Redmi. The pre-installed third-party apps on the phone can be uninstalled. We have not encountered any bugs or problems, and the OS appears to be well-optimised.

When it comes to the Redmi K50i Review’s photography section, the phone has a triple camera setup at the back, including a 64-megapixel Samsung JW1 sensor that is supported by an 8-megapixel and a 2-megapixel ultrawide lens. A 16MP selfie camera is located up front.

Fine details are provided by the primary camera, and the colour reproduction is fairly subtle and nearly natural. Thus, the overall environment is not one that is more brilliant or bright. While the HDR effectively manages the highlights and also pulls out a lot of detail from the shadows.

The Redmi K50i is once again fantastic for photographing people since it captures details and colours that are accurate and similar to the skin’s true colour. When the subject is up against the light, it also successfully manages to regulate the highlights and the shadows. 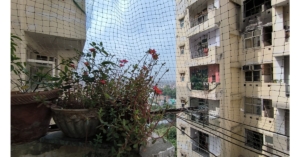 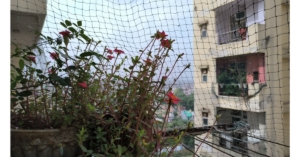 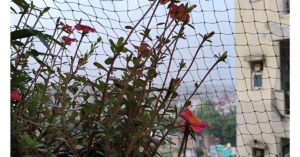 Naturally, low light is the real challenge, and we found that the Redmi K50i provides correct colours and exposure but lacks details due to the absence of OIS. When compared to the ultrawide sample, there are the proper amounts of features, colour, and brightness.

In regards to the selfies, we saw a pinkish tone and overly smoothed skin, neither of which we find appealing. The selfie performance is therefore below what we had anticipated.

The battery capacity of the gadget is 5,080mAh. Because it contains an LCD display, it was able to maintain a screen on time of 7 to 8 hours during our tests. On heavy use, the battery life was more like a day and a half. Now that it supports 67 watts of fast charging, the Redmi K50i charges completely in roughly 45 minutes.

This is the phone that we have no trouble recommending if your priority is amazing performance, battery life, cameras, and gaming, assuming that we overlook the plastic build, bloatware, and an LCD screen. If you cannot accept the compromises made on the Redmi K50i, then you can choose Xiaomi’s Poco F4, another option, albeit it is a bit more expensive when compared to the Redmi K50i given the price. However, if you want a turbo-charged gaming phone within a budget, K50i is a brilliant buy.

- Advertisment -
Redmi K50i Review: A performance-oriented smartphone under 30KIf memory serves, the Redmi K-Series was meant to be the sub-brand of Xiaomi's affordable flagship series. In 2019, the Redmi K20 Series rose to extreme popularity. After nearly two long years, the business just recently released the Redmi K50i, which we have been...