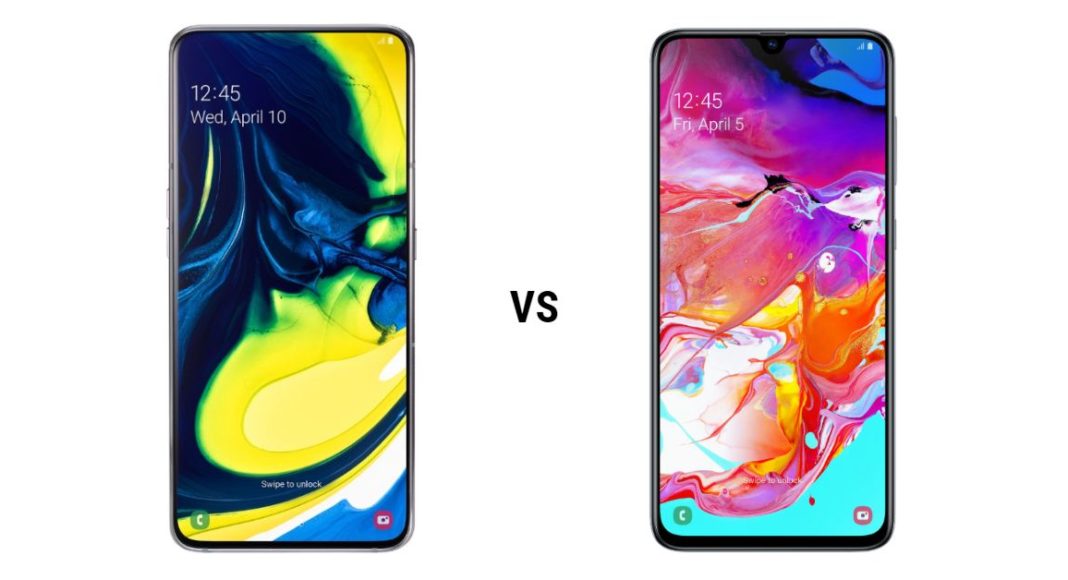 Samsung today launched two smartphones in its Galaxy A series today: Galaxy A80 and Galaxy A70. With this, the South Korean technology is keeping its promise to launch a Galaxy A series smartphone every month.

Samsung has packed both the smartphones with impressive specifications. For instance, Samsung Galaxy A80 comes with a rotating camera and will let users take selfies from the triple cameras placed at the back panel. On the other hand, Samsung Galaxy A70 will have a massive 4,500mAh battery and comes with a 32MP selfie camera.

While both the smartphones by Samsung have a different set of specifications, they are both aimed at millennials. So, if you have been waiting to upgrade your smartphone and would want to pick up one among the two from Samsung, we have made the task simpler for you.

We have compared all the specifications of the Samsung Galaxy A80 and Galaxy A70 smartphones so that you can easily pick the right one for yourself. Check out our comparison here:

Samsung Galaxy A70: octa-core CPU with dual 2.0GHz core along with six cores clocked at 1.7GHz (Qualcomm or Exynos, depending upon the region.)

Samsung Galaxy A70: 32MP selfie camera as well with an f/2.0 aperture.

Samsung Galaxy A80: 3,700mAh battery that has support for 25W Super-Fast Charging

Samsung Galaxy A80: Android 9.0 Pie is skinned with Samsung’s own One UI

Samsung Galaxy A70: Android 9 Pie skinned with One UI

Samsung Galaxy A80: To be announced

Samsung Galaxy A70: To be announced