Vivo Z1 Pro images leaked ahead of launch: Here’s everything that has been revealed

The phone will sport a 32-megapixel front camera. 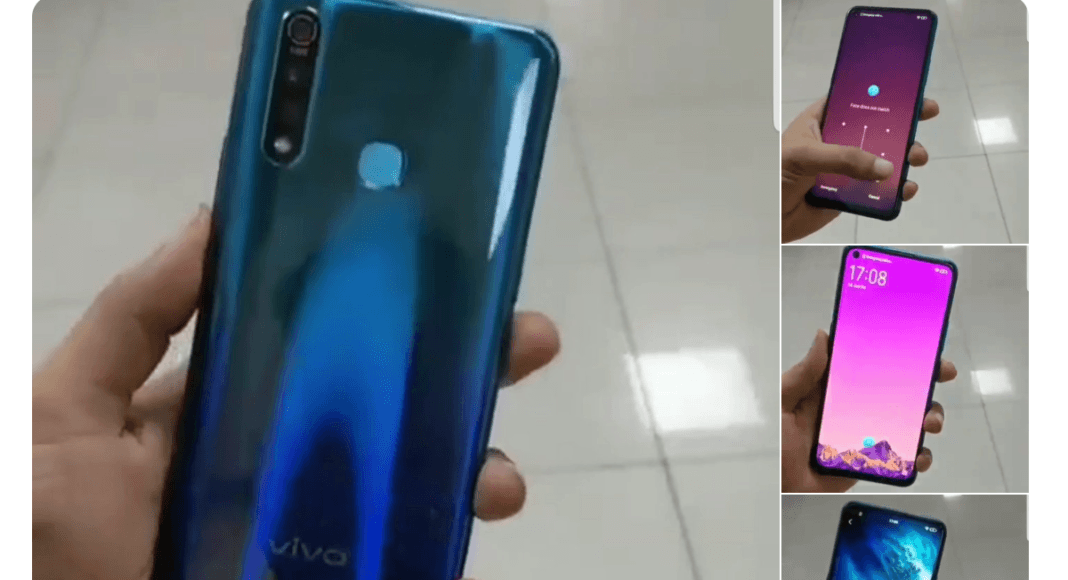 Vivo Z1 Pro has become a much-talked-about smartphone. A number of leaks and reports have been surfacing online about it. It is said to be the rebranded version of the Vivo Z5X Pro that was launched in China last month. The handset is expected to launch in India soon.

However, until now there is no exact unveiling date of this device. But ahead of the launch, a few live images of the upcoming Vivo smartphone have surfaced online and they give away a lot of information about the handset. The official renders reveal a more prominent green shade on the back panel of Vivo Z1 Pro. The so-called images were first posted by analyst Mukul Sharma on his Twitter account. The hands-on leaked images show a Deeper Blue touch that might have occurred due to different lighting conditions.

According to the leaked images, the Vivo Z1 Pro will come with a triple camera setup on its back panel. The camera module is placed on the top-left corner of the rear panel of the smartphone. There is also a fingerprint sensor on the back panel of the handset.

The smartphone will come with a punch-hole display. We should also mention that while the edges outlining the display are thin, the chin at the bottom is thicker.

Apart from other specifications, the new Vivo Z1 Pro is said to pack up to 128GB of internal storage and reportedly comes with a microSD card slot of up to 256GB. The device is also said to have a rear fingerprint sensor and a massive 5,000mAh battery along with 18W fast charging. Coming to the connectivity options the smartphone, it includes Wi-Fi, Bluetooth, GPS, and 4G LTE. The dimensions of the phone are 162.39×77.33×8.85mm, and it weighs 204.1 grams.

The company has also confirmed that the handset will be launched in partnership with Flipkart in the country. The Chinese smartphone brand has also created a dedicated microsite that reveals the key features and specifications of the smartphone. The microsite also comes with the image of the Vivo Z1 Pro.  The device is said to sport a punch-hole in-display camera and come with a gradient back panel.

The company also confirmed that the Vivo Z1 Pro will be the first Z-series smartphone to be launched in India. The Chinese smartphone maker is yet to release the launch details and pricing of the new handset, but we will update you as soon as we know.

Komila Singhhttp://www.gadgetbridge.com
Komila is one of the most spirited tech writers at Gadget Bridge. Always up for a new challenge, she is an expert at dissecting technology and getting to its core. She loves to tinker with new mobile phones, tablets and headphones.
Facebook
Twitter
WhatsApp
Linkedin
ReddIt
Email
Previous articleHonor 20 and Honor 20i to go on their first sale in India
Next articleMotorola One Action renders leak: Here’s everything that’s been revealed