HomeMobilesXiaomi, Oppo and Vivo to soon go global with the P2P file... 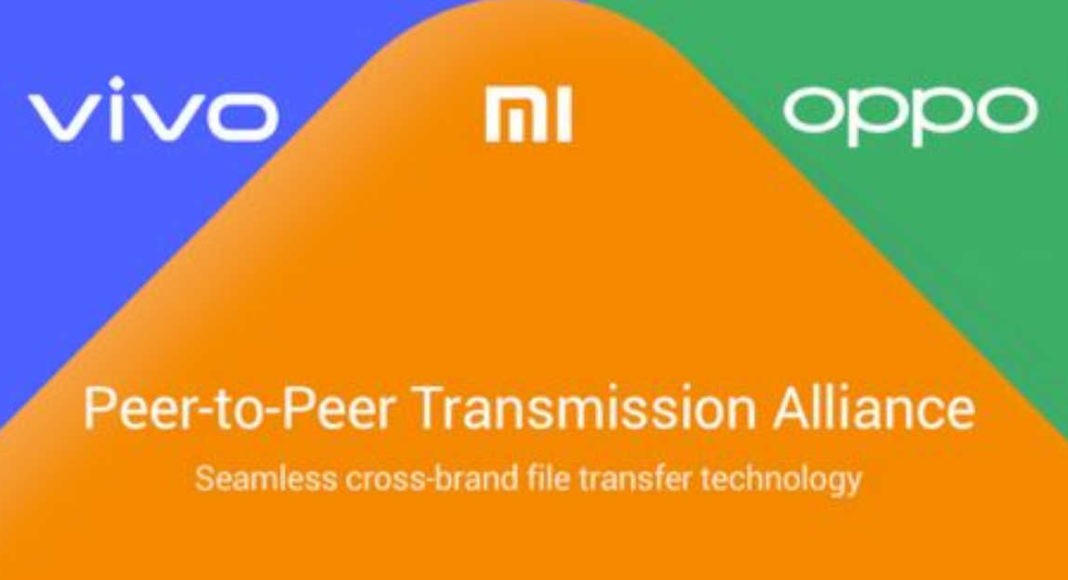 2019 saw the creation of Peer to Peer Transmission Alliance by Xiaomi with Oppo and Vivo. The three giant smartphone companies created this file transfer system. The companies recently announced that the Wi-Fi based feature will soon go global. Current smartphone users of Oppo and Xiaomi already have access to the peer-to-peer file transfer system in many parts of the world, while Vivo users will start getting access to the P2P transfer technology from next month. The companies have announced the details of its availability and phone compatibility.

The P2P technology works without an internet connection, instead relying on the device’s Bluetooth for fast pairing. The technology lets users transfer data seamlessly between their smartphone devices. Xiaomi has made the P2P feature available to all phones running Android 9 Pie or higher versions. This means that devices like the Redmi 6 series, Redmi 7 series, Redmi S2 and the Redmi 8 series will not have this feature. This file transfer feature is listed under the name of Mi Share on Xiaomi’s range of devices. Some Xiaomi devices already feature the Mi share feature if they run on MIUI 11.

Oppo has named the technology as Oppo Share in their devices. They have made it available to all devices running Android 10-based ColorOS 7 or its successors. Currently, Oppo’s Reno 2, Reno 10X Zoom and F11 Pro run trial versions of ColorOS 7. Oppo has promised its users to make the Oppo Share feature available to more devices very soon. This file transfer feature may show up on the Find series, the Reno Series and other popular Oppo devices over the course of this year.

Meanwhile, Vivo has announced that they will make the P2P wireless data transfer feature available to some of its users from next month.

How does P2P wireless transfer work?

The technology works by enabling data transfer through Wi-Fi direct after the phones are connected through a Bluetooth connection. The feature works seamlessly and at just one tap users can send files to the other smartphone. The option to transfer files through the P2P method is available in the quick settings menu of the devices.

Achuuth Karthickhttp://www.gadgetbridge.com
The youngest member of Team Gadget Bridge, he is knowledgable Intern and loves his laptop and mobile phone. He cannot stay without them. He loves to talk about new consumer gadgets and has a bright mind.
Facebook
Twitter
WhatsApp
Linkedin
ReddIt
Email
Previous articleVivo S1 Pro to launch in India tomorrow: All details inside
Next articleRealme X50 teased by Company in India, CEO shares images