13th Gen Intel Core processor with up to 24 cores announced

Six new unlocked desktop CPUs with up to 24 cores, 32 threads, and blistering clock rates up to 5.8 GHz are included in the new 13th Gen Intel Core family. 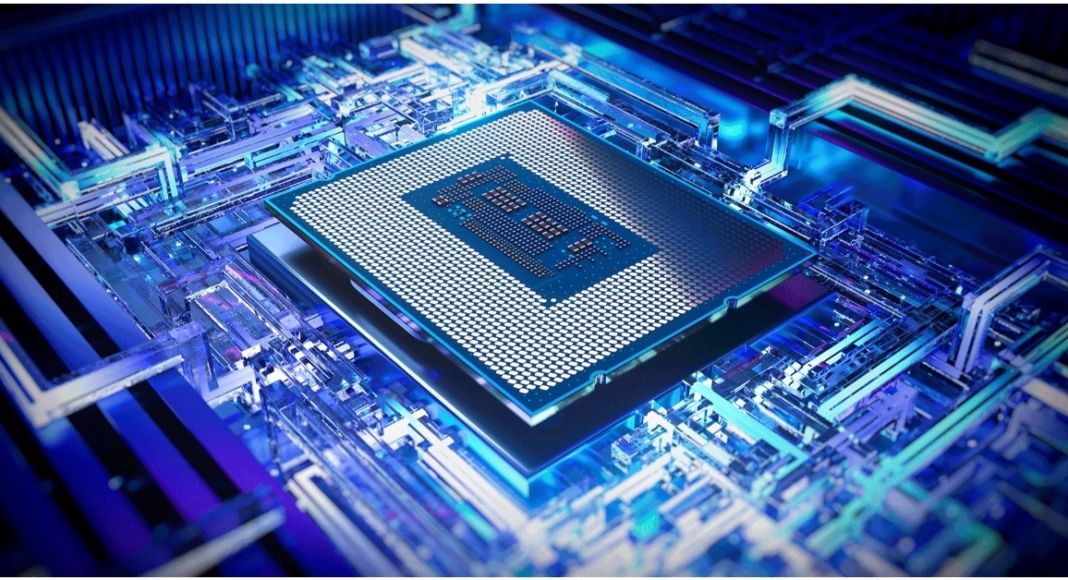 The 13th Gen Intel Core desktop family, which will be comprised of 22 processors and more than 125 partner system designs, will be led by the introduction of the Intel Core “K” CPUs and will offer an uncompromised experience in terms of application performance and platform compatibility. With motherboards that use the new Intel 700 series chipset or the old Intel 600 series chipset, enthusiasts can benefit from the performance enhancements of 13th Gen Intel Core processors. Users can take advantage of the advantages of the 13th Gen Intel Core while also tailoring their setup to suit their individual features and price choices thanks to the combination of the most recent DDR5 memory support and ongoing DDR4 memory compatibility. 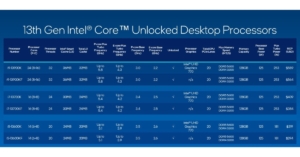 The 13th Gen Intel Core i9-13900K, the fastest desktop CPU in the world, is featured in the introduction. These processors continue to make use of Intel’s performance hybrid architecture, which optimises gaming, content production, and productivity for both casual and professional creators. With up to 24 cores (8 Performance-cores and 16 Efficient-cores), up to 32 threads, and Performance-cores capable of up to 5.8 GHz with Intel Thermal Velocity Boost to improve performance, the 13th Gen Intel Core desktop processors offer the next generation of ground-breaking core performance.

The fastest Performance-cores (P-cores) ever created are combined with up to twice as many Efficient-cores (E-core) in this iteration of Intel’s performance hybrid architecture, resulting in improved single-threaded and multi-threaded performance.

The new Core i9-13900K offers the highest performance for gaming, streaming, and recording and is available with up to 24 cores (8 P-cores, 16 E-cores), 32 threads. It can push high frame rates and enable unrestricted gaming experiences across top titles thanks to its up to 5.8 GHz and 15% higher single-thread performance.

More E-cores and up to 41% greater multi-threaded performance are added to the 13th generation Intel Core desktop processor portfolio to handle a variety of compute-intensive applications and keep people in the flow of creativity.

In addition to this, Intel also unveiled its 700 Series Backward Compatible Chipset, which has cutting-edge technologies for improved performance and dependability. A total of 28 lanes are available from the chipset thanks to eight more PCIe Gen 4.0 lanes, eight PCIe Gen 3.0 lanes, expanded USB 3.2 Gen 2×2 (20Gbps) connections, and DMI Gen 4.0, which boosts the chipset-to-CPU throughput for quick networking and access to peripheral devices. Intel is also introducing backward and forward compatibility. Utilize the performance enhancements of the 13th generation Intel Core processor with motherboards running the Intel 600 chipset.

At a later time, more information about the remaining members of the 13th generation Intel Core processor family will be released.

Komila Singhhttp://www.gadgetbridge.com
Komila is one of the most spirited tech writers at Gadget Bridge. Always up for a new challenge, she is an expert at dissecting technology and getting to its core. She loves to tinker with new mobile phones, tablets and headphones.
Facebook
Twitter
WhatsApp
Linkedin
ReddIt
Email
Previous article
How to Share Instagram Reels As WhatsApp Status? 4 Simple Methods
Next article
4 Simple Methods To Remove or Replace any Image Background On Android