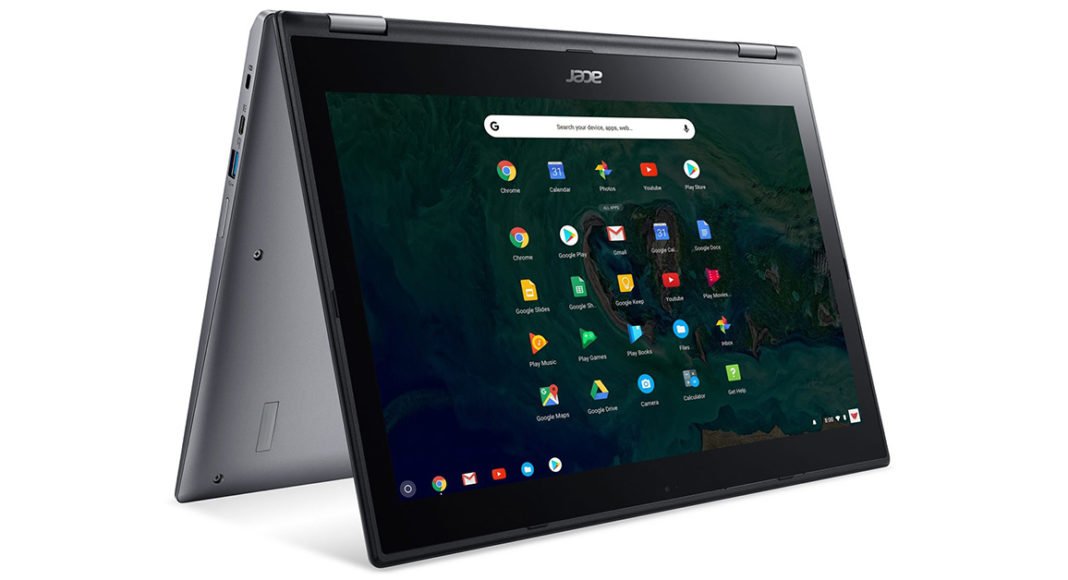 The Acer Chromebook Spin 15 is claimed to be the first convertible Chromebook that features a 15.6-inch Full HD (1,920 x 1,080) IPS touch display. The display of Acer’s Chromebook is protected by Corning Gorilla Glass and has support for 10-finger touch.

The Chromebook Spin 15 comes in three processor options. These include quad-core Intel Pentium N4200 processor, Intel Celeron N3450 processor and dual-core Intel Celeron N3350 processor.  It comes in two storage options – 4GB RAM/32GB onboard eMMC storage and 8GB RAM/64GB inbuilt eMMC storage. It is claimed to have a battery life that can last up to 13 hours. The laptop runs Google’s Chrome OS platform and has support for Android Google Play Store. The Chromebook Spin 15 comes with two USB 3.1 Type-C generation 1 ports, two USB 3.0 ports and a microSD card reader as connectivity options. The price of Acer Chromebook Spin 15 starts at $449 and it will be available in the US starting July.

The Chromebook Spin 13 is a convertible and comes with 360-degree hinges and a Wacom stylus.  It is powered by an 8th gen Intel Core i5-8250U processor or Core i3-8130U processor. Coming to RAM and storage, the Chromebook Spin 13 offers 16GB LPDDR3 RAM and up to 128GB of onboard eMMC storage. It is claimed to have a battery life of up to 10 hours.

Speaking of Acer Chromebook 13, it comes in three processor options —  8th gen Intel Core i3-8130U, Intel Pentium 4415U and Intel Celeron 3865U processor. It comes with 16GB LPDDR3 memory and 32GB/64GB of inbuilt eMMC storage. Acer has not as yet revealed the price and availability details of the two Chromebooks.

Another major product announced by Acer is its Swift 5 notebook. The notebook features a 15-inch display and is powered by latest Intel Core processors. Weighing even less than 1Kg, the laptop runs Windows 10. The notebook follows the current trend of thin bezels and comes with 87.6% screen-to-body ratio. The Swift 5 also comes with Acer Color Intelligence technology and Acer BluelightShield technology. While the former adjusts gamma and saturation in real-time, the latter adjusts the screen’s blue-light emission. Acer Swift 5 comes with Intel Wireless-AC 9560, USB 3.1 Type-C Gen 2 port, two USB 3.1 Type-A ports, an HDMI port, and an SD card reader. It offers 16GB of DDR4 memory and up to 1TB of SSD storage.

More details on specifications, pricing and availability will be shared by the company later.

Avani Baggahttp://www.gadgetbridge.com
Avani has an immense love for reading, travelling and food, but not necessarily in the same order. Avani almost started pursuing law, but life had other (better) plans for her and she chose to be a writer instead (luckily!) She previously covered technology at Times Internet and wrote about smartphones, mobile apps and tech startups. When she’s not writing, you’ll be able to find her in book stores or catching up on her social life.
Facebook
Twitter
WhatsApp
Linkedin
ReddIt
Email
Previous article
Mobiistar CQ, XQ Dual selfie smartphones launched starting at Rs 4,999: Specs and other details revealed
Next article
Acer launches Predator Helios 500 and Predator Helios 300 Special Edition gaming laptops