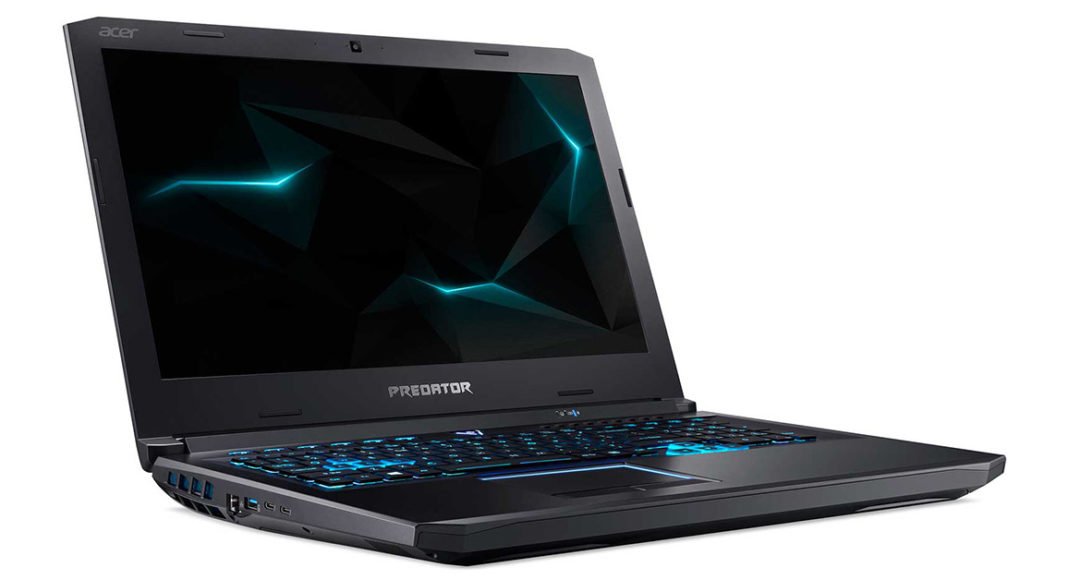 On its [email protected] global press conference on Wednesday, Acer unveiled a range of gaming devices including gaming laptops, desktops and accessories. Among these, Acer also launched its Predator Helios 500 and Predator Helios 300 Special Edition gaming notebooks. According to Acer, both of these support VR-ready performance, have faster connectivity and come with advanced thermal technology.

Speaking of the Acer Predator Helios 500, it is powered by 8th-generation Intel Core i9+ processors and offers up to 64GB of RAM. The notebook comes with GeForce GTX 1070 graphics and Intel Optane memory. It also has NVMePCIe SSDs and Killer DoubleShot Pro. According to Acer, these specifications along with features like graphic-intensive AAA titles and live streaming make it a gaming powerhouse.

The Acer Predator Helios 500 sports a 17.3-inch screen and has the choice of either full HD IPS or 4K Ultra-HD display. Nvidia G-Sync technology powers both the inbuilt display and external monitors come with. The notebooks come with a dual Thunderbolt 3 and HDMI 2.0 ports that can support three external monitors. The notebook also has a backlit RGB keyboard that supports four lighting zones. The laptop comes with Acer’s Dual AeroBlade 3D fans, which is claimed to enhance cooling and can be controlled via PredatorSense app.

Acer Predator Helios 500 gaming laptops bear a starting price tag of $1,999 and will be available in US and China starting June. They will be made available a little sooner in EMEA, starting May itself.

Coming to the special edition of Acer’s Predator Helios 300, it comes with a White and Gold colour scheme and features a 15.6-inch full-HD IPS display with an updated refresh rate of 144Hz. Powered by up to 8th-generation Intel Core i7+ processor and Nvidia GTX 1060 GPU, the notebook comes with up to 16GB of RAM, that can be upgraded to 32GB. It can further support up to 512GB SSD and up to 2TB hard disk drive. The special edition of Acer’s Predator Helios 300 also comes with Dual AeroBlade 3D cooling system, Intel Optane memory, Gigabit Ethernet and Gigabit Wi-Fi.

Besides these, Acer also teased the Predator X line-up of products that we will get to see in the future. All that we know about them is that the products will be powered by Intel’s Xeon processors for gaming.

Avani Baggahttp://www.gadgetbridge.com
Avani has an immense love for reading, travelling and food, but not necessarily in the same order. Avani almost started pursuing law, but life had other (better) plans for her and she chose to be a writer instead (luckily!) She previously covered technology at Times Internet and wrote about smartphones, mobile apps and tech startups. When she’s not writing, you’ll be able to find her in book stores or catching up on her social life.
Facebook
Twitter
WhatsApp
Linkedin
ReddIt
Email
Previous article
Acer launches Chromebook Spin 15, Chromebook Spin 13 and Swift 5 laptops
Next article
Xiaomi to launch a selfie focussed smartphone in India on June 7