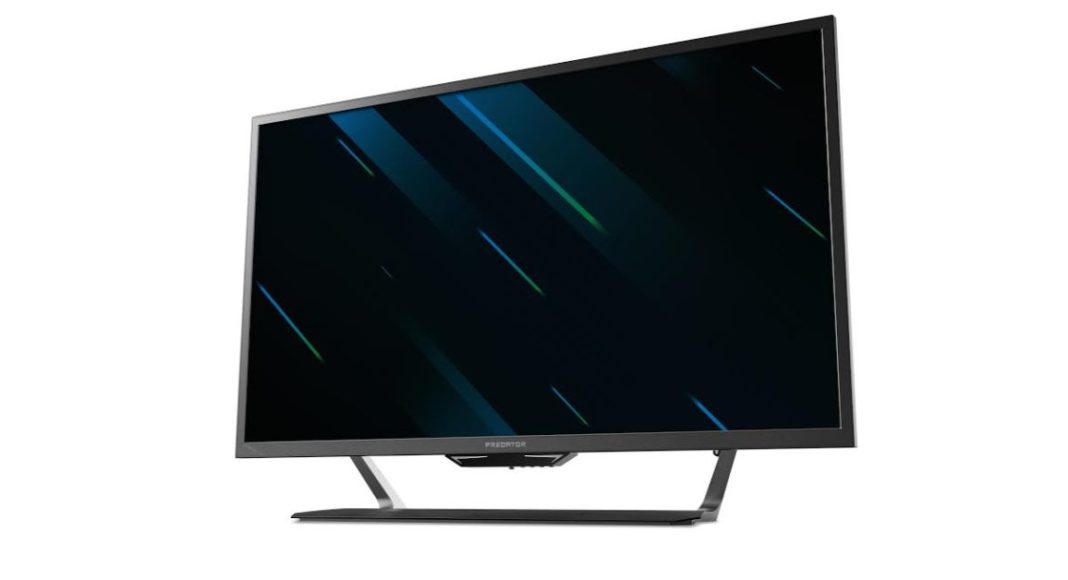 Acer TravelMate P6 series has been upgraded with a new model, dubbed as the TravelMate P614-51. The durable commercial Windows 10 Pro notebook is claimed to deliver up to 20 hours of battery life and its body is made of a magnesium-aluminium alloy that is said to be stronger and lighter than standard aluminium alloys.

Besides this, the company also unveiled its Predator Orion 5000 desktop PC and a new 43-inch Predator monitor with 4K resolution that has a refresh rate of 144Hz. The desktop is aimed only at gamers. A Cestus 330 mouse, an M-Utility backpack, Galea 311 audio headset and Aethon 300 keyboard were also launched by Acer at the event. Here is a look at the details of all the gadgets that have been launched:

Acer TravelMate P614-51 comes with a biometric fingerprint authentication and an IR camera with support for Windows Hello. The newly launched laptop sports a 14-inch full-HD IPS display and has viewing angles of 170 degrees. The device has a full-sized backlit keyboard and a 180-degree hinge design because of which it can lay flat. The Acer TravelMate P614-51 laptop is powered by up to eighth-generation Intel Core i7 processor coupled with up to 24GB DDR4 RAM and an Nvidia GeForce MX250 GPU. Other than this, it also has 1TB of Gen 3 x4 PCIe SSD that is based on NVMe technology.

The new notebook by Acer has been certified by Skype for Business and has a four mic array that is claimed to pick up vocals even from 6.5 feet away. The TravelMate P614-51 has support for 4G LTE connectivity via eSIM coupled with 802.11ac 2×2 MU-MIMO technology. The company has also added support for NFC and the device comes with a microSD card slot and Intel Thunderbolt 3. It also has an integrated Trusted Platform Module 2.0 chip that is touted to provide hardware-based protection for passwords and the device has encrypted keys and for another layer of protection, the device comes with Intel vPro.

Coming to Acer’s Predator Orion 5000 desktop PC, it is powered by an overclockable octa-core ninth-generation Intel Core i9-9900K with Z390 chipset and dual-channel DDR4 RAM. The device is backed by an Nvidia GeForce RTX 2080 GPU and comes with a Cooler Master CPU Liquid Cooler. The company has added an Easy-Swap expansion bay that comes with support for 2.5-inch form factor SATA I/II/III SSD and HDD drives. In addition to this, it also has support for 2.5Gbps Ethernet.

The desktop also comes with an RGB lighting pattern and according to Acer, the light bars and case fans have support for 16.7 million colours. The company also announced the Predator 43-inch LFGD gaming monitor that comes with the model number CG437K P. The newly-launched monitor comes with support for 4K UHD resolution and it has a refresh rate of 144Hz.

The display panel of the Predator LFGD monitor CG437K P has a 90% colour gamut and has certification from VESA-Certified Display HDR 1000. The monitor also comes with three HDMI ports, a USB Type-C and a DisplayPort.

The Predator monitor comes with a light sensor that helps in saving power. There is also a proximity sensor that puts the screen off standby mode when users move the front of the monitor. The sensor also puts it back into the sleep mode when there is no movement on the device.

Besides this, Acer has also showcased its Predator M-Utility Backpack that comes with a water repellent design and is aimed at gamers, streamers, photographers. The Backpack can hold up to a 17-inch laptop. The company also has a Predator Cestus 330 gaming mouse that sports a 16,000 DPI and has 7 programmable buttons.

In addition to this, there is also Predator Aethon 300 gaming keyboard that comes with Cherry switches (MX Blue) and teal blue backlighting. It also has anti-ghosting on all the keys. Last, but not the least, the company has unveiled Predator Galea 311 foldable gaming headset that has 50mm drivers and support for Acer’s TrueHarmony, a 3.5mm headphone jack connector and a hard key mutable micro.