After Reliance Jio Phone 2, Nokia 8110 4G to get support for WhatsApp 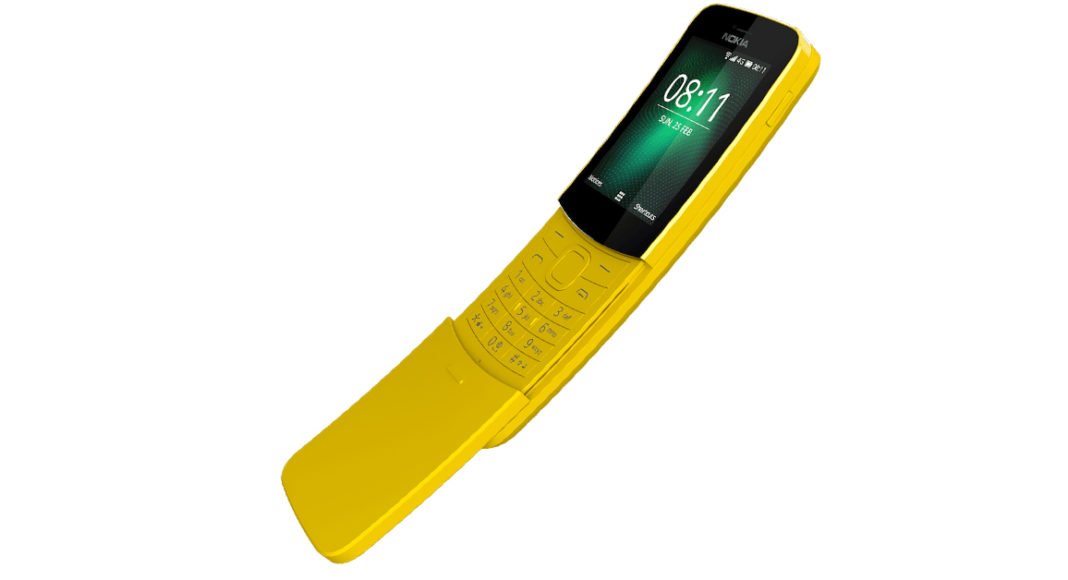 It seems like technology companies are slowly shifting their focus towards making feature phones smarter. First, Reliance announced this week that its Jio Phone and Jio Phone 2 which are powered by KaiOS will get support for WhatsApp and YouTube — a move that is a game changer. Right after that, HMD Global, that manufactures Nokia feature phones and smartphones officially teased WhatsApp support for the ‘Matrix’ phone — Nokia 8110 4G.

The Nokia 8110 4G or ‘banana’ phone is the successor to the iconic Nokia 8110 and was showcased earlier this year at MWC 2018. It runs KaiOS skinned with Smart Feature and came with some Google apps including Assistant, Search and Maps. It also included the revamped Snake game. And now, the much loved phone is set to get WhatsApp. However, it still remains unclear how different KaiOS version of WhatsApp will be from its Android and iOS apps.

WhatsApp is an app that has literally sidelined SMS which were used in feature phone days. One of the main concerns that people have in using a feature phone is lack of WhatsApp. This forces people to invest in a smartphone as well as a feature phone.

But with WhatsApp coming to Jio Phone and Nokia 8110 4G, the phones will give a direct competition to many entry-level smartphones which are currently preferred over feature phones only because they support some key apps like WhatsApp.

To recall the specifications of Nokia 8110 4G, the dual SIM phone runs KaiOS-based Smart Feature operating system and sports a 2.45-inch QVGA display. Powered by 1.1GHz dual-core Qualcomm Snapdragon processor clubbed with 512MB of RAM, the phone has a 4GB of onboard storage. It sports a 2MP primary camera and has an LED flash. Nokia 8110 4G houses a 1500mAh battery that is touted to have a standby time of 25 days and 9.32 hours of talktime on VoLTE.

As the name suggests, the handset has 4G VoLTE connectivity and comes with hotspot functionality. Other connectivity options include Wi-Fi, Bluetooth 4.1, GPS, MicroUSB, FM radio, and a 3.5mm headphone jack.

Avani Baggahttp://www.gadgetbridge.com
Avani has an immense love for reading, travelling and food, but not necessarily in the same order. Avani almost started pursuing law, but life had other (better) plans for her and she chose to be a writer instead (luckily!) She previously covered technology at Times Internet and wrote about smartphones, mobile apps and tech startups. When she’s not writing, you’ll be able to find her in book stores or catching up on her social life.
Facebook
Twitter
WhatsApp
Linkedin
ReddIt
Email
Previous article
Jio Phone and Jio Phone 2 to get support for WhatsApp and YouTube: Everything you need to know
Next article
Facebook CEO Mark Zuckerberg beats Warren Buffett to become the world’s third richest person