The smartwatch comes with over 150 sports modes. 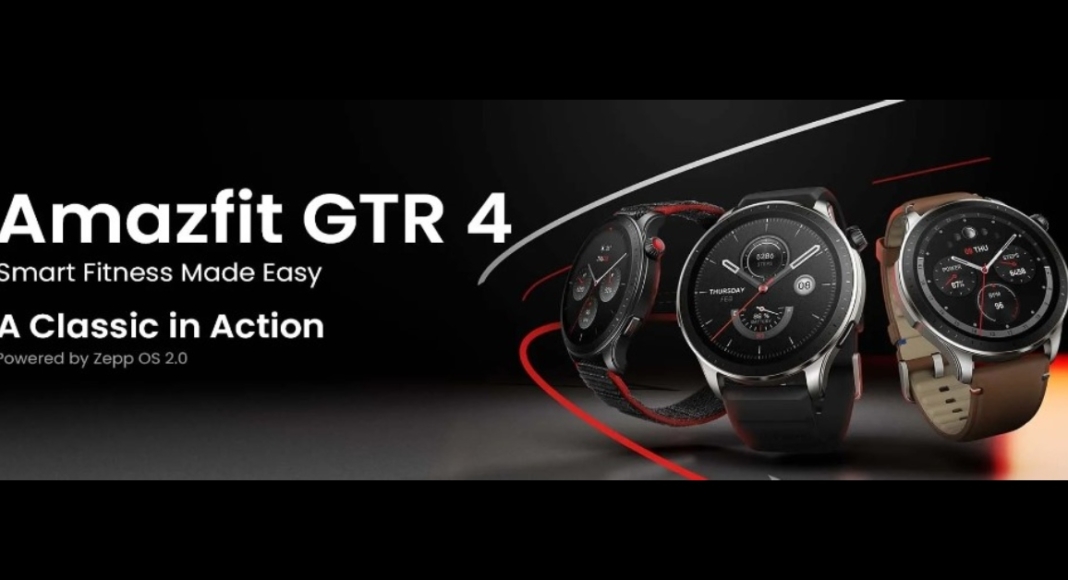 With dual-band circularly polarised GPS antenna technology, the Amazfit GTR 4 has officially made its debut in India. The smartwatch is capable of real-time GPS tracking and supports five satellite location systems. In addition to this, it has over 150 sports modes and BioTracker 4.0 PPG biometric optical sensor.

The 1.43-inch HD AMOLED display on the Amazfit GTR 4 has a resolution of 466×466 pixels. It has more than 200 watch faces and corresponding always-on displays. The centre frame of the smartwatch is made of metal. The crown of each model also features red detailing and a tire tread-like texture. 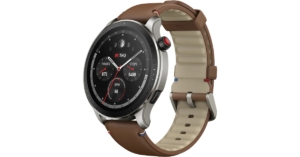 The Amazfit GTR 4 uses dual-band circularly polarised GPS antenna technology, a first for the industry. It can be used to track users’ real-time GPS movement and supports five satellite positioning systems (with a sixth to be added in a future firmware upgrade). Users will soon have the option to import route files and travel through them in real-time right on the display.

With average use, the Amazfit GTR 4 has an extremely long battery life of 14. The smartwatch introduces an improved Battery Saver Mode that allows users to continue using functions like sports modes, health metric measuring, basic sleep monitoring, and more while conserving power for prolonged usage.

Amazon Alexa is a built-in function of the Amazfit GTR 4 and is accessible through a quick-access widget on one of the watch faces that may be downloaded. The wristwatch also has an offline voice assistant that can be utilised when there is no internet connection to perform things like accessing the sports mode using voice commands. To stay in touch with both personal and professional contacts, users can even receive and answer Bluetooth phone calls utilising the built-in microphone and speaker.

Users can select from more than 150 sports modes, including various walking, running, cycling, and swimming modes, to fulfil the promise of Smart Fitness Made Easy. Even more, the Amazfit GTR 4 can recognise eight sports movements in addition to 15 strength training exercises.

Directly on the watch display, users may construct customised templates for interval training for ten different sports, and the company’s self-created PeakBeats Workout Status Algorithm will reveal performance information like VO2 Max when every workout is finished. The company’s proprietary BioTracker 4.0PPG biometric optical sensor made its debut in the Amazfit GTR 4.

Users may create custom interval training programmes for 10 different sports directly on the watch display, and the PeakBeats Exercise Status Algorithm, developed by the business, will provide performance data like VO2 Max at the conclusion of each workout. The Amazfit GTR 4 introduced the business’s exclusive BioTrackerTM 4.0PPG biometric optical sensor.

The smartwatch runs on the Zepp OS operating system. Users may now choose between two app menu layout styles, more natural or vibrant colour schemes, and super-smooth interactions in addition to a UI built for smartwatches that uses less power. Along with the GoPro and Home Connect third-party apps, the expanded selection of downloadable mini apps now includes “Baby Records,” which enables users to log their infant’s eating and sleeping schedules, as well as two brand-new games.

Amazfit GTR 4 will be available in two colour options of Superspeed Black, and Racetrack Grey. The device will be available for purchase via Flipkart at an introductory price of Rs 15,299 which is inclusive of bank offers. The sale will start at 12 PM on September 15th, and it will thereafter retail for INR 16,999.

Komila Singhhttp://www.gadgetbridge.com
Komila is one of the most spirited tech writers at Gadget Bridge. Always up for a new challenge, she is an expert at dissecting technology and getting to its core. She loves to tinker with new mobile phones, tablets and headphones.
Facebook
Twitter
WhatsApp
Linkedin
ReddIt
Email
Previous articleGarena Free Fire Redeem Codes Today 14 September 2022: Here is how to claim them
Next articleSimple Ways to Use Saved or Downloaded Audio on Your Instagram Story