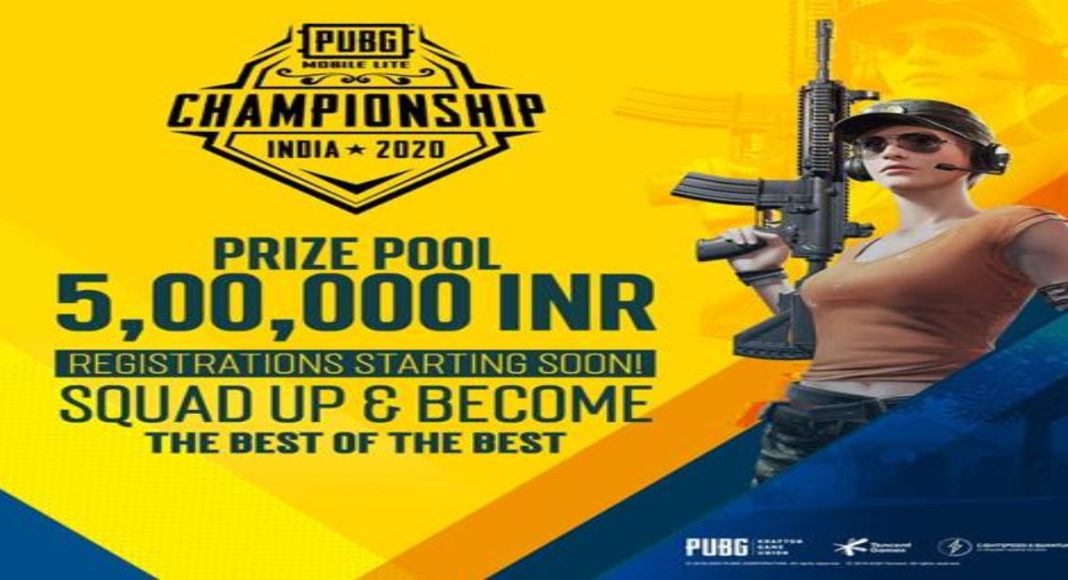 The Player Unknown’s Battlegrounds recently unveiled the PUBG Mobile Campus Championship 2020 (PMCC 2020) logo. It is yet to reveal the details of the upcoming championship but prior to this, the PUBG Mobile Lite Championship India 2020 event has been announced exclusively for the gamers in the country. The tournament is being hosted in the country for the first time for the players to showcase their talent on a national level. The company has announced a pool prize of Rs 5,00000.

While announcing the tournament the company said, “This will prove to become the ultimate stepping stone for gamer’s pan India to create professional esports careers for themselves as well as deliver a level playing field for many aspirational players looking to exhibit their skill on a massive scale and become the first-ever PUBG MOBILE Lite star player!”

Each registered Team is expected to play ten Classic mode matches. According to the company, only the best sores of a team’s eight best matches will be considered. If there is a tie, in this situation other parameters including kills, survival time and accuracy, among others, will be considered and the top 44 teams will qualify for the next round.

If your team could not complete eight matches, their score will be adjusted in a manner to be determined by PMLC Officials. The top 44 teams will further qualify for the next round. Those teams will not be eligible for the PUBG Mobile Lite Championship 2020 Online Playoffs if they compete for Online Qualifier without registering in accordance with the Competition Rules and the Registration Rules.

For the Grand finale, top 12 teams from Online Playoffs & the other 3 teams based on a maximum number of kills i.e. total of 15 teams will play 10 matches over two days. The team with the highest cumulative score will be announced as the winner of the PUBG Mobile Lite Championship 2020. The Championships comes with a chance to win a prize pool of Rs 5,00,000.

Komila Singhhttp://www.gadgetbridge.com
Komila is one of the most spirited tech writers at Gadget Bridge. Always up for a new challenge, she is an expert at dissecting technology and getting to its core. She loves to tinker with new mobile phones, tablets and headphones.
Facebook
Twitter
WhatsApp
Linkedin
ReddIt
Email
Previous articleMoto G9 to go on sale in India on August 31 for Rs 11,490
Next articleAugust 25 Amazon Quiz: Answer all the questions to win Fossil Explorist Watch