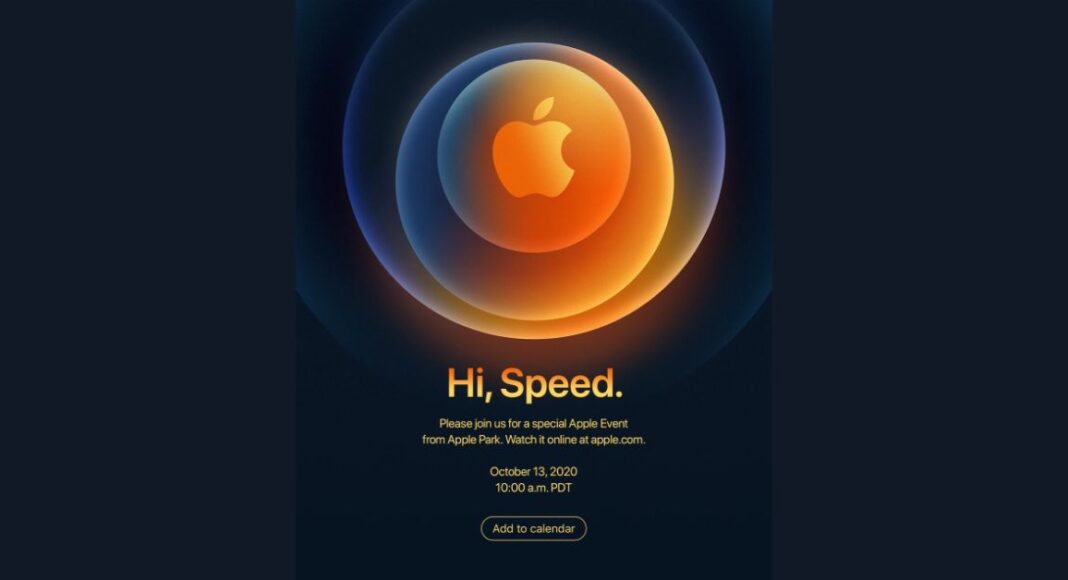 Apple has been very active despite the global pandemic. Though COVID-19 has ruined everybody’s plans for 2020, Apple somehow managed to go ahead with some major plans this year. However, the difficult market conditions may seem to be but Apple has expanded its portfolio of products by launching new products in the market and even it has opened up the Apple Store online across India last month. But the pandemic crisis has forced the company to delay its next-gen Apple iPhone. But the good news is that soon the iPhone 12 Series is expected to launch as the company has announced a special Apple Event to unveil its much-awaited devices.

The company has begun sending media invites for an October 13 launch which is expected to be for the launch of the Apple iPhone 12 series. The invite says, “Hi, Speed.” that is likely to be pointing out at the high-speed 5G connectivity that the new models might be offering. Moreover, the Apple invite has a series of circles, while the company’s logo is settled inside the circles. The event is set for October 13 at 10 AM PDT and 10.30 PM IST though it has not shared more on what it is going to serve on the day. But as we are inching closer to the day the rumour mills have speed up the momentum stating this time we are going to not the iPhone models but a total of four variant. Yes, the new member to join the line-up is the iPhone 12 Mini that will be put along with iPhone 12, iPhone 12 Pro an iPhone 12 Max for the show.

The Cupertino-based tech giant is likely to lift curtains off its first iPhone with a mini moniker known on October 13. The reports suggest that this is going to be a mini version of Mac, iPod and iPad that will be featuring a 5.4-inch display.

Apart from this, the iPhone 12 models are expected to come with 5G capabilities this time. As per a report after settling their patent dispute Qualcomm Apple, the American chipset maker will be offering 5G support to its upcoming 2020 models which are tipped to include sub-6GHz 5G. While the top-end models that are iPhone 12 Pro and iPhone 12 Pro Max are both supposed to bring millimetre wave (mmWave) 5G technology while also speculated to be costlier than the existing models.

Apart from this a tipster also shared a video of an alleged iPhone 12 Pro with a 6.1-inch back panel. It revealed that the phone will come fitted with a new LiDAR sensor placement.

Komila Singhhttp://www.gadgetbridge.com
Komila is one of the most spirited tech writers at Gadget Bridge. Always up for a new challenge, she is an expert at dissecting technology and getting to its core. She loves to tinker with new mobile phones, tablets and headphones.
Facebook
Twitter
WhatsApp
Linkedin
ReddIt
Email
Previous article
Sennheiser launches its HD 250BT and CX 120BT wireless audio gadgets in India
Next article
October 7 Amazon Quiz: Answer five easy questions to win OnePlus 8 Pro