It has become a tradition for Apple to take jabs at Android. 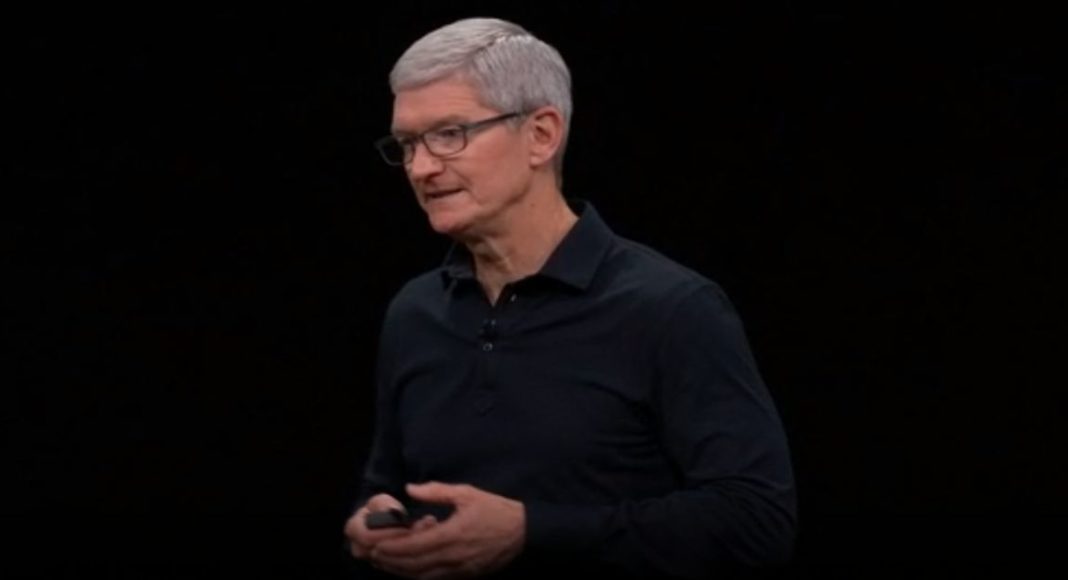 Apple kick-started its WWDC 2019 in San Jose, California yesterday. At its developer conference, the company made a number of key announcements. It unveiled iOS 13 that comes with Dark Mode, took wraps off iPadOS, announced new additions to its WatchOS and tvOS, and showcased its all-new Mac Pro and Pro Display XDR. In addition to all of this, there was one more thing that Apple did. The company’s CEO Tim Cook, took a jab at Android, as always.

Before introducing the iOS 13, Cook spoke about Apple’s last year’s iOS 12. He said that iOS 12 has seen tremendous success in the industry and has 97% customer satisfaction. The CEO then went to talk about the adoption rate of iOS 12 saying, “As always, our adoption rate is industry leading as well. Eighty-five percent of the iOS customers are on the latest release. In fact, iOS 12 has been installed on more systems than any version of iOS ever.”

As soon as Cook said all of this, we knew what was coming next. Apple CEO then went on to add very matter-of-factly, “This is in stark contrast to the latest offering by those other guys, which was released before iOS 12. They only have 10% adoption.” 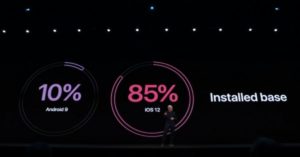 The moment he said this, the slide behind him on the stage changed and it showed percentages of adoption of both iOS 12 and Android Pie. So there really wasn’t a need of guessing who exactly Cook was talking about.

This isn’t the first time that Apple has taken a jab at Android in this manner. It has almost become a sort of a tradition for the Cupertino-based technology giant to slide a humorous remark whenever the two companies can be compared. It is one of the things that Apple does whenever it can, and the company’s fans too look forward to it.

Cook did go on to explain how this high adoption rate was better for both users and developers and then he finally unveiled the iOS 13 at the event.

While what he said was indeed humorous, there are other facts involved in the stark contrast between the adoption rates of the two operating systems too. Firstly, Android is an open source platform and because of this, a number of technology companies use the operating system. Some use stock Android and the others customise it with their skins. But because of this, Android’s user base is far wider than that of iOS.

Secondly, smartphone makers have a very key role in rolling out the latest Android versions to their users. So, Android adoption rate depends a lot on them too. Apple, on the other hand, does not have to worry about any third party smartphone makers rolling out the latest version of their operating system to devices, as iOS is exclusively used in the company’s own devices and is a closed OS.

We would say that considering these two factors, it is very obvious why exactly there is such a big difference in the adoption rates of the two operating systems. We all may judge Google for not doing enough to ensure a wider roll-out, but let’s keep this in mind when we are doing so.

Avani Baggahttp://www.gadgetbridge.com
Avani has an immense love for reading, travelling and food, but not necessarily in the same order. Avani almost started pursuing law, but life had other (better) plans for her and she chose to be a writer instead (luckily!) She previously covered technology at Times Internet and wrote about smartphones, mobile apps and tech startups. When she’s not writing, you’ll be able to find her in book stores or catching up on her social life.
Facebook
Twitter
WhatsApp
Linkedin
ReddIt
Email
Previous articleBlack Shark 2 to go on its first sale in India from 12pm onwards today: Price and other details
Next articleAsus TUF FX505DT and TUF FX705DT laptops with AMD Ryzen CPUs and NVIDIA GeForce GPUs launched in India