There aren't any changes in the pricing of iPhone 11

The Cupertino based company Apple has increased the price of some of its smartphones in India. The list includes the newly launched iPhone 11 Pro and iPhone 11 Pro Max, iPhone 8 and iPhone 8 Plus. To recall the iPhone 11 series was launched last year while the 8 series was launched two years back. The hike in the pricing is due to the increase in basic customs duty (BCD) rate that was announced by the Indian Government during the presentation of  Union Budget 2020 also the withdrawal of earlier exemption from basic customs duty under the Social Welfare Surcharge. However, the pricing of its other products remains the same until now. The changes in the pricing will effect from today onwards. 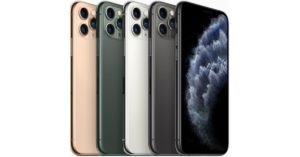 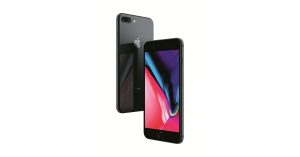 The Official Apple Online Store in India reflects the revised pricing of the above-mentioned models whereas its online partners such as Flipkart and Amazon are yet to update the new pricing. However, the pricing of the iPhone 11, iPad tablets, Apple Watch and MacBook devices have not seen any changes.

Komila Singhhttp://www.gadgetbridge.com
Komila is a one of the most spirited tech writers at Gadget Bridge. Always up for a new challenge, she is an expert at dissecting technology and getting to its core. She loves to tinker with new mobile phones, tablets and headphones.
Facebook
Twitter
WhatsApp
Linkedin
ReddIt
Email
Previous articleHuawei MediaPad M5 Lite 10 with 7,500mAh battery launched in India
Next articleBlack Shark 3 with Qualcomm  Snapdragon 865 processor and 5G connectivity to launch on March 3

Komila Singh - May 18, 2021 0
Flipkart has just wrapped off its Flagship Fest sale on its platform. Today it has kicked off its ‘Electronics Sale' to offer the best...