The new iPad is powered by an A14 Bionic chip. 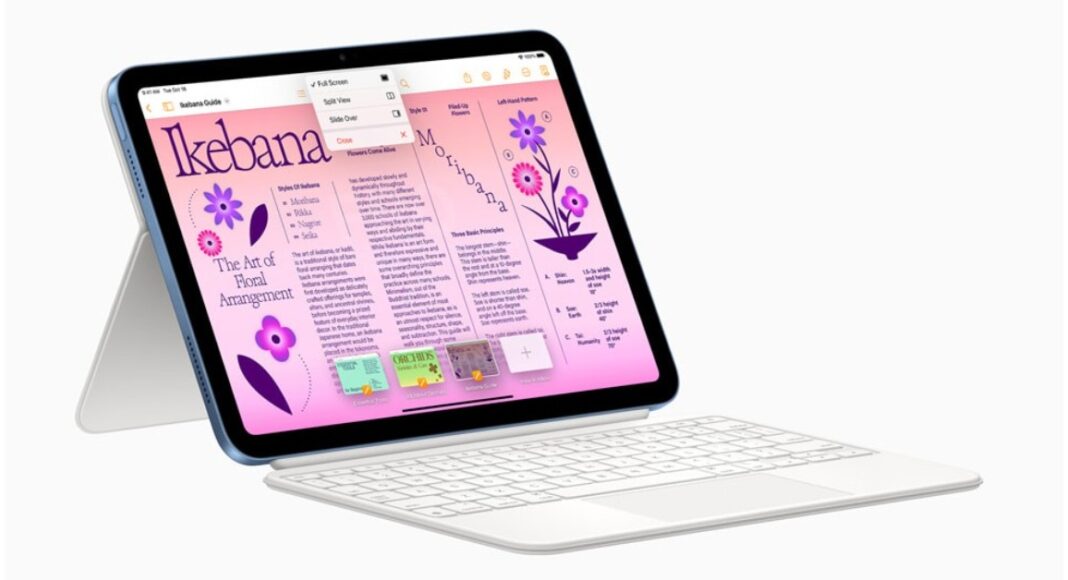 Apple has officially announced the launch of a redesigned iPad. The new tab comes with a bigger 10.9-inch Liquid Retina display. The A14 Bionic chip powers the new iPad and now has an updated camera that includes a 12MP back camera with 4K video recording capabilities and an Ultra Wide 12MP front camera that is situated along the iPad’s edge in landscape orientation. With iPadOS 16 and support for the first-generation Apple Pencil, users of the new iPad have more opportunities to be innovative and productive. 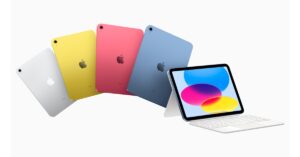 The new iPad comes with a 10.9-inch Liquid Retina display’s edge-to-edge design, which is almost the same size as the previous generation. With its 2360×1640 resolution, nearly 4 million pixels, 500 nits of brightness, and True Tone technology. Touch ID is now located on the iPad’s top button, making it easier to unlock, sign in to apps, and use Apple Pay.

The new iPad is powered by an A14 Bionic chip which boosts the CPU by 20% and the graphics by 10% over the previous model. The A14 Bionic’s 16-core Neural Engine, which has twice as many cores as the A13, powers advanced machine learning operations, increasing their efficiency by as much as 80%.

The front-facing camera is now situated along the landscape edge for the first time on any iPad. The landscape Ultra Wide front camera enables Center Stage, which automatically pans and zooms to keep users in view as they move about. It has a 12MP sensor and a 122-degree field of view. The iPad’s enhanced 12MP Wide rear camera produces sharp 4K video with the capability for 240 frames per second slow motion.

The 2022 iPad has dual microphones. With quicker wifi connectivity while travelling, users can accomplish even more on the iPad. The new iPad connects 30 percent faster than the 802.11ac Wi-Fi offered by the previous generation thanks to improved Wi-Fi 6 capability.

Komila Singhhttp://www.gadgetbridge.com
Komila is one of the most spirited tech writers at Gadget Bridge. Always up for a new challenge, she is an expert at dissecting technology and getting to its core. She loves to tinker with new mobile phones, tablets and headphones.
Facebook
Twitter
WhatsApp
Linkedin
ReddIt
Email
Previous article
The new iPad Pro powered by Apple M2 processor launched in India
Next article
Diwali Gifting Guide: Best smartphones to gift your loved ones this festive season (under various price brackets)