The iPhone 12 also provide the broadest 5G coverage across the globe. 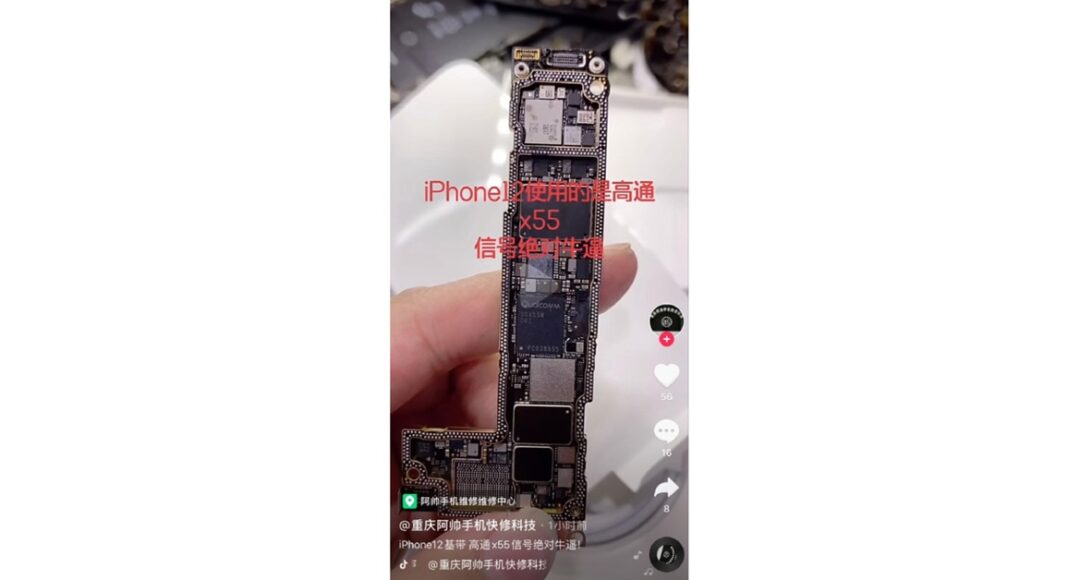 After the recent launch of iPhone 12 series, a teardown video captured by Century Weifeng Technology has revealed that iPhone 12 comes equipped with Qualcomm’s Snapdragon X55 modem. This means that what rumour mills had leaked earlier is a reality.

Earlier, it has also been revealed that the newly-launched MagSafe accessory ecosystem is compatible with on some non-Apple smartphones. According to a report, the MagSafe Charger works with Samsung Galaxy Z Fold2 smartphone. In a Twitter post, tipster Max Weinbach shared a picture showcasing that Samsung Galaxy Z Fold2 magnetically connects with MagSafe charger and works perfectly fine. Mind you! The newly-launched MagSafe charger could also come out if you shake the device forcefully. However, there is no details on the actual charging speeds that this charger delivers. Through Max Weinbach’s Twitter post, it is presumed that they will stick to 7.5W as only iPhone 12 units are advertised to reach 15W speeds.

Besides Samsung Galaxy Z Fold2 smartphone, the new Google Pixel 5 is also works well with MagSafe charger on video and managed to hold on quite well. This was revealed by Aaron Zollo (zollotech) in YouTube video. On the other hand, MagSafe Duo charger can charge both your watch and iPhone at the same time.

MagSafe provideS faster wireless charging up to 15W. This charger also maintains compatibility with Qi charging, so it can be used to wirelessly charge your iPhone 8 or later, as well as AirPods models with a wireless charging case, as you would with any Qi-certified charger. The magnetic alignment experience only applies to iPhone 12 and iPhone 12 Pro models.