Apple launched the iPhone SE back in 2016 and the smartphone went on garner a lot of appreciation and success as it was an option for those who did not wish to use iPhones with big displays. We wouldn’t be wrong to say that the main reason behind the demand for the iPhone SE was its 4-inch display. The smartphone is going to complete three years next month and a number of fans have been looking forward to its successor for very long time.

The new concept video shows a device that is small and compact with edge-to-edge display that has a notch top to house the Face ID camera. Also, the concept render imagines a glass back panel. Therefore, there are huge chances that the iPhone SE 2 will come with support for wireless charging. Furthermore, a single rear camera with a bump can be seen in the video which resembles the current iPhones and the iPad Pro. The concept render video has been made by Gunho Lee and it shows that the iPhone SE 2 will come in multiple colour options, namely gold, red, silver and blue.

A previous render of the iPhone SE 2 had surfaced online in the form of a screen protector. Last year, there were various speculations that suggested iPhone SE 2’s launch during Apple’s September event along with the iPhone XS, but as we all know, that did not happen. 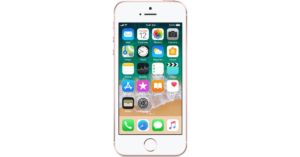