The M1 is the most powerful chip Apple has ever made to transforms the Mac experience. 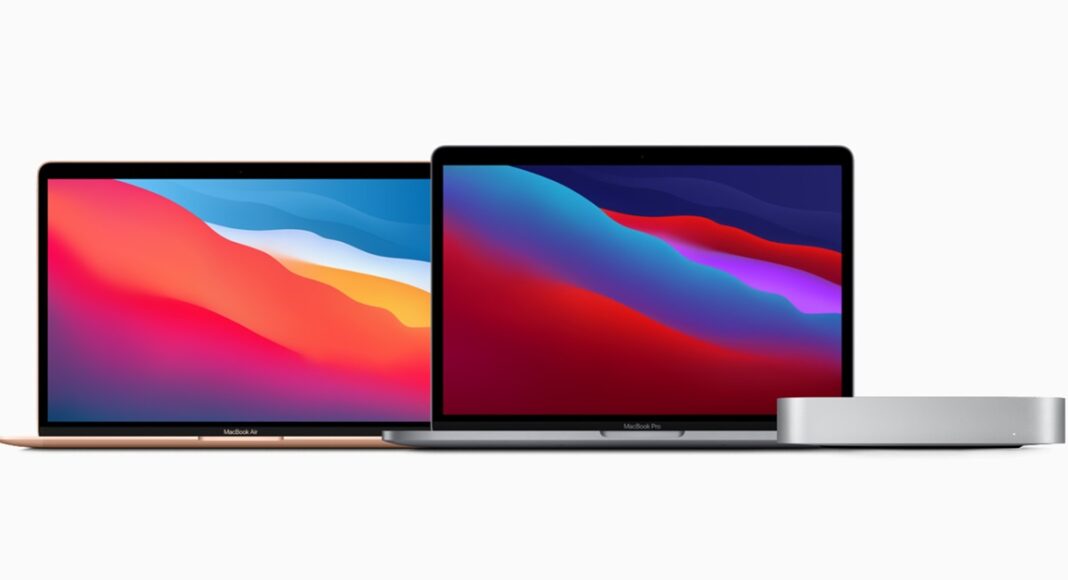 Apple has lifted curtains off a new MacBook Air, 13-inch MacBook Pro, and Mac mini powered by the M1, which is the first in a family of chips designed by Apple specifically for the Mac. Up until now, the M1 is the most powerful chip Apple has ever made to transforms the Mac experience.

According to Apple, M1 delivers up to 3.5x faster CPU, up to 6x faster GPU, up to 15x faster machine learning (ML) capabilities, and battery life up to 2x longer than before along with macOS Big Sur. With M1 and Big Sur, the users are able to use the biggest collection of apps ever for Mac. The new lineup of M1-powered Macs offer amazing performance along with remarkable new features. Mind you! These devices are available to order.

“The introduction of three new Macs featuring Apple’s breakthrough M1 chip represents a bold change that was years in the making, and marks a truly historic day for the Mac and for Apple. M1 is by far the most powerful chip we’ve ever created, and combined with Big Sur, delivers mind-blowing performance, extraordinary battery life, and access to more software and apps than ever before. We can’t wait for our customers to experience this new generation of Mac, and we have no doubt it will help them continue to change the world,” said Tim Cook, Apple’s CEO.

As far as MacBook Air is concerned, this is Apple’s most popular Mac and the world’s best-selling 13-inch notebook. With the M1 chip, MacBook Air speeds through everything from editing family photos to exporting videos for the web. The powerful 8-core CPU performs up to 3.5x faster than the previous generation. With up to an 8-core GPU, graphics are up to 5x faster, the biggest leap ever for MacBook Air, so immersive, graphics-intensive games run at significantly higher frame rates.

Furthermore, the M1 chip’s storage controller and latest flash technology in MacBook Air deliver up to 2x faster SSD performance, so previewing massive images or importing large files is faster than ever. And in MacBook Air, M1 is faster than the chips in 98 percent of PC laptops sold in the past year. The new MacBook Air features extraordinary battery life, with up to 15 hours of wireless web browsing and up to 18 hours of video playback.

The Secure Enclave in M1, combined with Big Sur, delivers best-in-class security with features like Touch ID, which makes it easy to unlock MacBook Air and make secure online purchases using Apple Pay with the touch of a finger. And Wi-Fi 6 delivers faster wireless performance, while two Thunderbolt ports with USB 4 support allow for connectivity to a wide range of peripherals. The new MacBook Air is available for $999, and $899 for education.

On the other hand, the 13-inch MacBook Pro comes with the M1 chip and Big Sur. The 8-core GPU is up to 5x faster, allowing users to enjoy super smooth graphics performance whether they are designing a graphics-intensive game or a new product. And with M1, the 13-inch MacBook Pro is up to 3x faster than the best-selling Windows laptop in its class. With up to 17 hours of wireless web browsing and up to a staggering 20 hours of video playback, MacBook Pro delivers up to twice the battery life of the previous generation and the longest battery life ever on a Mac.

Other new features in the new 13-inch MacBook Pro include studio-quality mics for super clear recordings and calls, and Apple’s latest camera ISP in the M1 chip enables sharper images and more detail in shadows and highlights on video calls. The new MacBook Pro also delivers best-in-class security with the Secure Enclave in M1 and Touch ID. And it features two Thunderbolt ports with USB 4 support to connect to more peripherals than ever, including Apple’s Pro Display XDR in full 6K resolution. It is available for the same starting price of just $1,299, and $1,199 for education.

Mac mini is Apple’s most versatile computer. And now M1 brings an 8-core CPU with up to 3x faster performance than the previous generation. The 8-core GPU enables Mac mini to tackle performance-intensive tasks like complex 3D rendering with ease. It further comprises of an advanced thermal design to sustain its breakthrough performance while staying cool and quiet, support for up to two displays including Apple’s Pro Display XDR in full 6K resolution, and Wi-Fi 6 for faster wireless performance and the Secure Enclave in M1 for best-in-class security. With M1 and Big Sur, Mac mini is now available for just $699, $100 less than the previous-generation quad-core model.