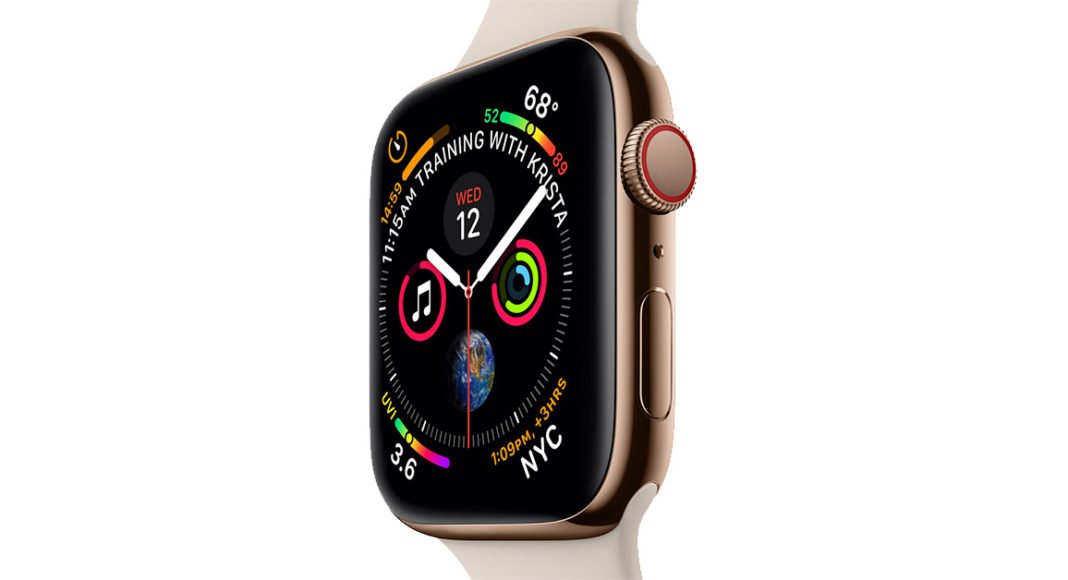 Apple has unveiled its Apple Watch Series 4 at an event at Steve Jobs Theatre today. The smartwatch series has got its first ever design overhaul ever since it was first showcased by Apple over three years ago.

That’s not all, Apple’s new smartwatch has a number of other features that — to put it in Apple’s words — make it the ultimate health and fitness watch.

Apple Watch Series 4 runs the new Apple S4 SoC that comes with a 64-bit dual-core processor and a new GPU — promising a two times faster performance than Series 3. The new smartwatch by Apple comes with next-gen accelerometer and has a gyroscope with up to 32 g-forces and up to 2x dynamic range. The Apple Watch Series 4 is powered by latest watchOS 5 and has the UI which has been optimised for the smartwatch’s larger display.

There are changes in the Digital Crown of the watch too. Apple Watch Series 4’s Digital Crown comes with haptic feedback. This helps navigating various apps a lot easier.

The microphone of the Apple Watch Series 4 has been moved away from its speaker — and this, according to Apple, will reduce the amount of echo.

Apple Watch Series 4 can detect falls and once it does so, it immediately alerts concerned emergency services and SOS contacts. It will also notify users about low heart rate and atrial fibrillation. But the most revolutionary change that it has is the fact that it lets users carry out an electrocardiogram. This feature makes Apple Watch Series 4 the first ECG product offered over the counter directly to consumers. Users can save the ECG results in Health app of the iPhone and can further share them in the form of a PDF.

Avani Baggahttp://www.gadgetbridge.com
Avani has an immense love for reading, travelling and food, but not necessarily in the same order. Avani almost started pursuing law, but life had other (better) plans for her and she chose to be a writer instead (luckily!) She previously covered technology at Times Internet and wrote about smartphones, mobile apps and tech startups. When she’s not writing, you’ll be able to find her in book stores or catching up on her social life.
Facebook
Twitter
WhatsApp
Linkedin
ReddIt
Email
Previous article
Apple iPhone XS, iPhone XS Max, and iPhone XR launched: India price, specifications and more
Next article
Price Drop: Apple iPhone X, iPhone 8, iPhone 7 and iPhone 6s get price cut in India