Apple WWDC 2020: All the new features coming to your iPhone, iPad, Apple Watch and Mac

Here's everything new that was announced at Apple WWDC 2020. 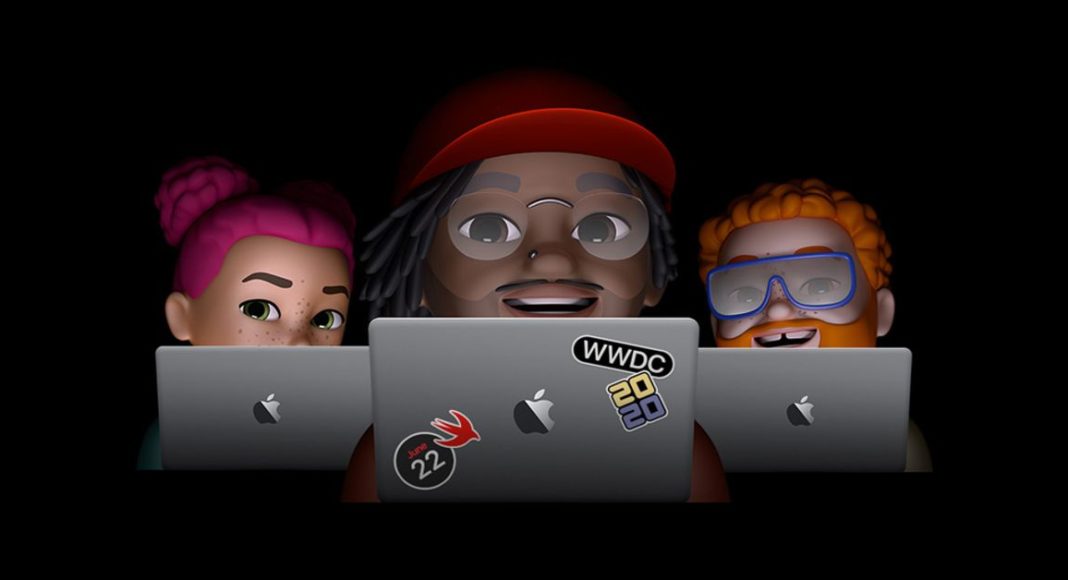 Apple today has finally taken wraps off its iOS 14, iPadOS 14, WatchOS 7, the latest MacOS and more at the WWDC 2020. In addition to this, the company has also shed light on some new features for its ear buds. Here’s a look at all the new features that Apple’s latest operating systems are getting to your iPhones, iPads, Apple Watches and Macs:

iOS 14 is getting a slew of new features. The first among these to be announced at App Library, which automatically organizes the apps on the user’s iPhone on the basis of categories. To access this option, users would have to go to the last screen. In addition to this, users are also getting the ability to hide the app pages they don’t want. With App Library, users will also be able to search for apps using a newly added search bar that is meant to make the process quicker.

Moving on, let’s talk about the change in Widgets of the iPhone that you’ll be getting as soon as iOS 14 is releases. The new Widgets are more data rich, and users can pick from a variety of sizes. These widgets can also be added to the home screen of the iPhone.

Apple has also announced the Picture in Picture feature for iPhones at WWDC 2020. Going forward, if you are watching a video on your iPhone and then minimize the app, the video will still continue to play in a small window. This is a very important addition to the iPhone, and it previously existed only on iPad.

That’s not all that’s set to change, as the technology giant has also said that it is revamping Siri. With iOS 14, Siri will only appear at the bottom of the screen when accessed while using another app, and its results will only pop up at the top. A new app called Translate will also be coming to iPhones with support for 11 languages and offline connectivity to keep users’ conversations private.

Messages app has also got an update. With iOS 14, users will be able to pin important message conversations so that they appear at the top of the app. Inline replies and Mentions have also been added. Apple has also added more looks, hobbies, professions, age options and face covers for Memojis.

iOS 14 will also be getting Guides to Apple Maps and for those who want to reduce their carbon footprint, there will be cycling directions. A major new update that’s coming to CarPlay is that now users will be able to use their iPhones as a car key. This feature will be going live with the launch of a new BMW model next month.

An addition has been added to App Store too, as users will now be able to run apps without installing then using App Clips. So, they won’t have to install apps they only wish to use temporarily.

Now, let’s talk about the changes that are coming to the iPads with the new iPadOS 14. The iPads will be getting a new feature called Sidebar that is meant to make better use of the screen space that is available to the user. It will also have various quick access options. In addition to this, the iPad will also be getting a new Siri button on the bottom right. Apple has also said that going forward, incoming calls will not take up the entire screen, and instead will only appear on the top of the device. The search option has also been enhanced on the latest iPadOS, using which the users will be able to search within apps.

The technology giant has also said that iPadOS 14 will come with handwriting support for Apple Pencil. The company has added a new feature called Scribble that will convert normal handwriting into text.

If you have an Apple Watch, you can now look forward to adding different widgets from one app to your watch face. The company has also taken covers off a new Chronograph watch face. With the latest OS, users will be able to share Watch Faces with their friends. The activity app of Apple Watch has been revamped and its new name is Fitness. Going forward, it will also enable users to track dance workouts. Another feature called Wind Down is being introduced for Apple Watch, and with that users will get help to go to bed at a particular time every day. Sleep tracking with machine learning will also be available on WatchOS 7.

The official name of macOS 11 is Big Sur. Apple has given it a revamped look with redesigned apps, buttons and a dedicated Control Centre for Wi-Fi, Dark Mode and other features. The company has also added new app icons for all the default apps on the device. The menu bar and the layout have a new look too. Mac users will also be getting new features on the Messages app including better Search, an updated photo picker and addition of Memojis. Even Apple Maps for Mac has been revamped, and the Guides feature will be available on it too. In addition to this, the app will also be getting a Look Around feature that will enable users to explore various cities.

Apple has also said that it has made changes to the Safari browser and that page loading is 50% faster when compared to its arch-rival Chrome. The company has also added a new privacy report button that can be used to know how the user is being tracked. Apple has said that Safari will also be tracking any breach in any of the passwords of the user. Some other useful features like customizable start pages and in-built translation has been added to the web-browser too. Apple has also announced that it is shifting all devices in its Mac range on its own A-series processors now.

If you are an Apple TV user, you should know that from now on, you will be able to resume your games right from where you left them. With tvOS 14, Apple TV will also be getting support for Xbox Elite 2 and Xbox Adaptive controllers. Apple TV has also got support for Picture in Picture Windows for AirPlay sessions. And going forward, users will get the option of sharing their phone screens to their Apple TV.

Apple’s AirPods and AirPods Pro have gotten an important update too. The ear buds will now be able to switch between various Apple devices instantly. So, if you are watching a video on your Mac device and at the same time, you get a call on your iPhone, the AirPods would connect to the iPhone during the call, and then instantly connect back to the Mac.

Avani Baggahttp://www.gadgetbridge.com
Avani has an immense love for reading, travelling and food, but not necessarily in the same order. Avani almost started pursuing law, but life had other (better) plans for her and she chose to be a writer instead (luckily!) She previously covered technology at Times Internet and wrote about smartphones, mobile apps and tech startups. When she’s not writing, you’ll be able to find her in book stores or catching up on her social life.
Facebook
Twitter
WhatsApp
Linkedin
ReddIt
Email
Previous article
Soon, the US Army will position drones that can even change their shape during the flight just like Transformers
Next article
7 best smartphones to make your life easy while you are working from home