The iPhone 11 is scheduled to be launched later this year. 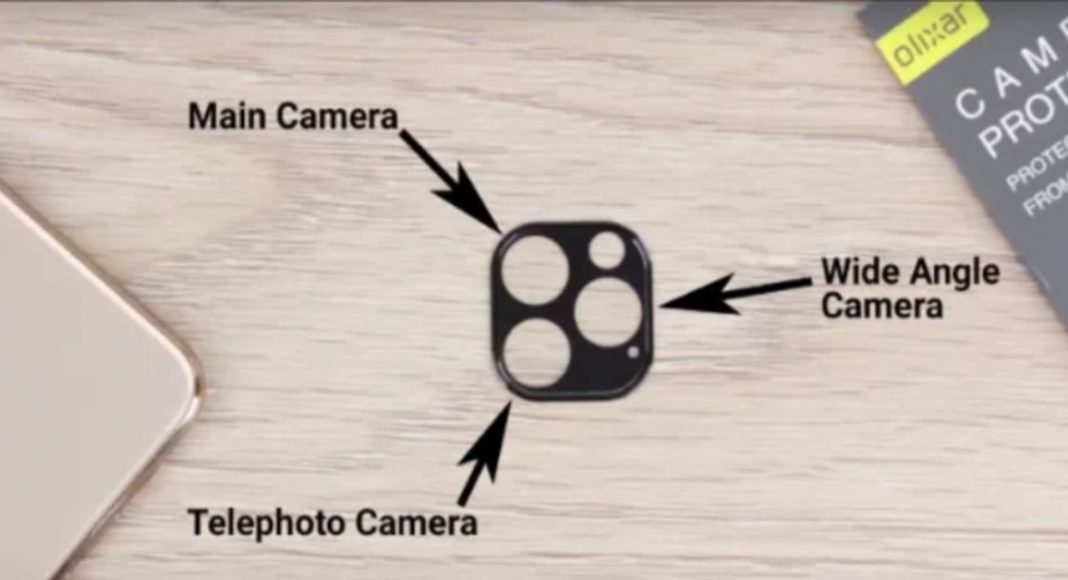 Apple is scheduled to launch its next iteration of iPhones later this year and it is expected to launch more than one iPhone models. This year’s model will be called iPhone 11 and it will have the most unique design seen in an iPhone till now. But even before its launch, the camera module and the exterior of the iPhone 11 has already been leaked. According to the leaks, the iPhone 11 will be sporting a triple rear camera setup placed in a square camera module. Although the company hasn’t confirmed it yet, but all the leaks state the same thing and that hints that the upcoming iPhone will hold the very same camera design.

According to the recent leaks, there will be three iPhone 11 models this year – the Phone 11 R, iPhone 11 and the iPhone 11 Max – although the names of the devices might vary. The rear cameras of the upcoming iPhone 11 will be the main focus point of this year’s iPhones. Apple is reportedly developing a dedicated night mode camera for improving the low light photography of the iPhone 11. There is also news is that the upcoming iPhone 11 will have 128GB of internal storage as its base variant, and this can also mean an increase in the starting price.

Recently, the cases of the iPhone 11 Max, the successor to the iPhone XS Max from the case maker Olixar have surfaced online. The cases are currently on sale even months before the launch of the official devices. If you are interested, you can head to UK retailer MobileFun’s online store to find them. It looks as if the camera placed in the module will be protruding as the case maker has also released a camera protector to prevent it from scratches.

Other than back covers, Olixar is also making and selling screen protectors for the upcoming iPhone 11 as well. Looking at their design, it seems as if the Cupertino-based technology giant will be adding additional sensors at the front of the smartphone.

A recent leak suggests that the upcoming iPhone 11’s triple-rear camera setup will pack a main camera, a telephoto lens and an ultra-wide lens. There are also hints of packing a quad-LED flash and secondary microphone placed in the square camera cut out module itself. With iOS 13’s beta build released today, the company claimed that the Face Unlock is 30% faster. So we might see a better face unlocking mechanism in the upcoming iPhone.

With iPhone 11’s launch on the horizon, it remains to be seen what new technologies Apple brings to the market. As a number of leaks earlier suggest that the device will come with a new iPhone with 5G support, however, it is highly unlikely that we would see it before 2020.

Aman Singhhttps://www.gadgetbridge.com/
Aman Kumar Singh has a Masters in Journalism and Mass Communication. He is a journalist, a photographer, a writer, a gamer, a movie addict and has a love for reading (everything). It’s his love of reading that has brought him knowledge in various fields including technology and gadgets. Talking about which, he loves to tweak and play with gadgets, new and old. And when he finds time, if he finds time, he can be seen playing video games or taking a new gadget for a test run.
Facebook
Twitter
WhatsApp
Linkedin
ReddIt
Email
Previous articleAmazon Prime Day Sale set to begin on July 15: Here’s everything you should know
Next articleHow to download and install the new iOS 13 beta build in your iPhone?