Asus 8z launching in India today: Here is how to watch the event live

The device will be available via Flipkart in the country. 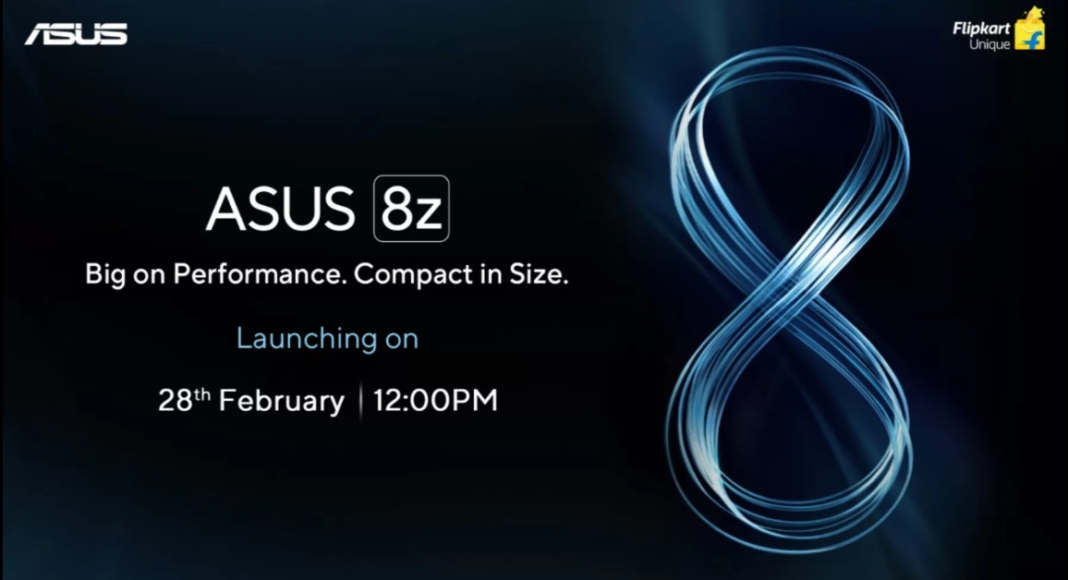 The Asus 8z India launch will take place on February 28 at 12 p.m. Because it will be an online presentation, the event will be live-streamed on the company’s official YouTube account or via social media. You can also watch it live right here on our website by clicking the link below.

Asus hasn’t revealed much about the gadget, although it is possible that it may come in the nation under the name Asus 8Z. Asus has also revealed that the phone is sweat-resistant, hinting that it has a high IP rating. The Asus 8z will be available only on Flipkart.

It is predictable that the Asus Zenfone 8 series would be released in India under a little different moniker, Asus 8Z. The Delhi High Court barred Asus from selling and promoting smartphones and accessories under the ‘Zen’ trademark in 2019. According to the Delhi High Court, the trademarks ‘Zen’ and ‘ZenMobile’ are protected by the Trade Marks Act of 1999, so it is prohibited from selling directly or indirectly mobile phones, accessories, or any other related products or goods that bear the trademarks Zen, Zenfone, or any identical trademarks.

The Asus 8Z will boasts 5.9-inch AMOLED display with a resolution of 2,400 x 1,080-pixels. It will support 120Hz refresh rates, has an IP68 dust and water-resistant rating, and is protected by Gorilla Glass Victus. The phone could be powered by a Qualcomm Snapdragon 888 SoC with up to 16GB of LPDDR5 RAM and 256GB of UFS 3.1 storage and runs ZenUI 8 on top of Android 11. With a 4,000mAh battery, the phone may support 30W HyperCharge.

This phone will include a dual-camera setup on the back that includes a 64-megapixel Sony IMX686 main sensor with an f/1.8 aperture and a 12-megapixel Sony IMX363 ultra-wide-angle camera with Dual PDAF and 4cm macro shooting. A 12-megapixel selfie camera is located in a punch hole punched out in the left side corner of the panel.

Komila Singhhttp://www.gadgetbridge.com
Komila is one of the most spirited tech writers at Gadget Bridge. Always up for a new challenge, she is an expert at dissecting technology and getting to its core. She loves to tinker with new mobile phones, tablets and headphones.
Facebook
Twitter
WhatsApp
Linkedin
ReddIt
Email
Previous article
28 February 2022 Amazon Quiz today answers: Answer to win Rs 10,000 Amazon Pay Balance
Next article
Top 10 Smartphones That Have 256GB Or Higher Storage