It is anticipated that the new Asus Rog Phone 6 would raise the bar for gaming. Here is how we feel about this smartphone's features. 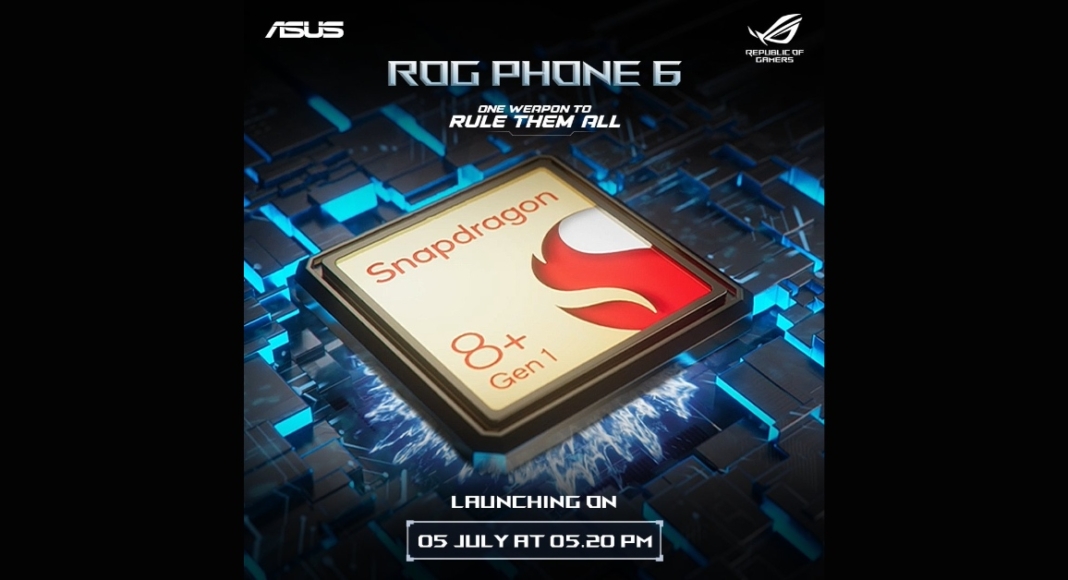 Asus is all set to expand its Republic of Gamers (ROG) smartphone series with the launch of a brand new gaming smartphone. The launch of Asus ROG Phone 6 is set for today and is the successor to last year’s ROG Phone 5. Along with the global launch event, the new gaming-focused phone will be unveiled in the nation. The upcoming gaming phone is likely to get the Qualcomm Snapdragon 8+ Gen 1 SoC.

How to watch the Asus ROG Phone 6 India launch Livestream

Asus, a Taiwanese smartphone manufacturer, has announced the extension of its Republic of Gamers portfolio in India. The Asus ROG Phone 6 is going to launch in India and globally today. The firm will conduct a virtual event beginning at 5.30 PM The virtual event will take place on Asus’ official YouTube channel.

As per the company, the gaming phone will be sold in the nation on Flipkart. The next device’s price information is not yet available, though.

As per the company the  ROG Phone 6 is said to come with a Snapdragon 8+ Gen 1 SoC.

Additionally, the phone’s expected design has been depicted in-depth in web renders, with hints at some of its potential functions.

One of the most dependable smartphone series for gaming is the Asus Rog line. The gaming restrictions will be much wider with this new smartphone. The ROG Phone 6 Pro is anticipated to debut alongside the gaming phone from Asus. A 6.78-inch AMOLED display is anticipated for the standard Asus ROG Phone 6. According to earlier rumours, the device might have up to 18GB of RAM and 512GB of onboard storage. Other rumoured details include an in-display fingerprint sensor and a 6,000mAh battery. Additionally, a front camera with a resolution of 12 megapixels, and a 64-megapixel primary back sensor is also speculated.

On Twitter, well-known leaker Evan Blass published purported images of the Asus ROG Phone 6. The renderings depict the device in black and white colour variations and hint at a style that is comparable to earlier smartphones from the ROG series. It has been shown to have three rear cameras, which are positioned in the device’s upper left corner beside an LED flash. The company’s partnership with the Chinese gaming company is indicated by the ROG logo and Tencent branding on the back. On the left spine of the smartphone, you can also notice the power button and the volume rockers.

Komila Singhhttp://www.gadgetbridge.com
Komila is one of the most spirited tech writers at Gadget Bridge. Always up for a new challenge, she is an expert at dissecting technology and getting to its core. She loves to tinker with new mobile phones, tablets and headphones.
Facebook
Twitter
WhatsApp
Linkedin
ReddIt
Email
Previous article
Garena Free Fire Redeem Codes Today 5 July 2022: Here is how to claim them
Next article
3 Best Ways to Check and Recover Clipboard History on any Android smartphone