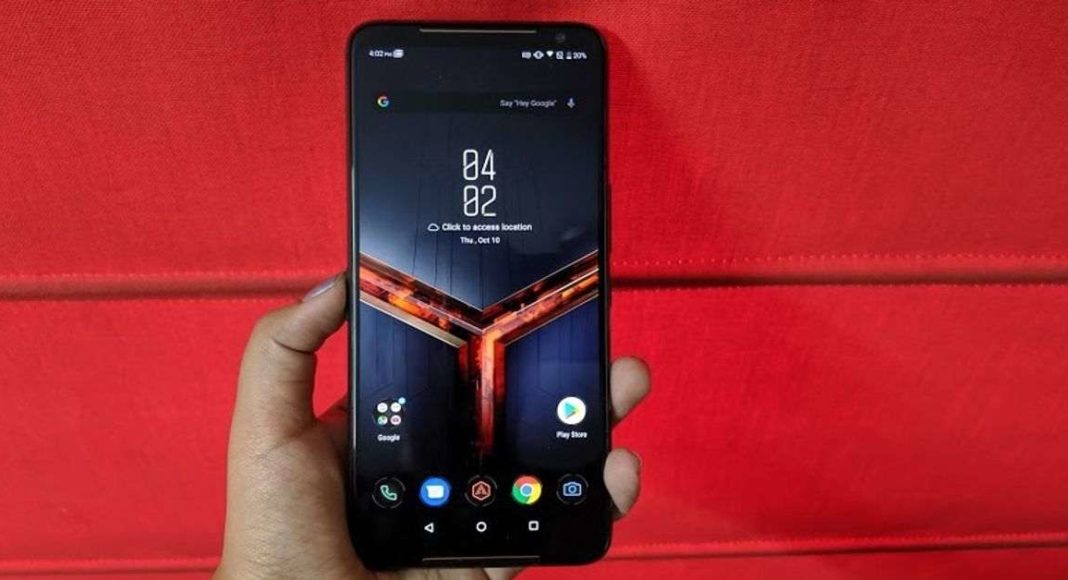 Many smartphones in India have finally started receiving Android 10 updates. Now the Taiwanese electronics giant Asus has rolled out the latest Android 10 OS update for its ROG Phone 2 smartphone. The latest update brings new features as well as enhancements that also includes a system-wide dark theme, gesture navigation, along with improved privacy controls. The company says the smartphone now supports more than 200 games.

Asus has begun rolling out Android 10 for ROG Phone 2. The new update comes with new features along with new improvements. The company has already started its global rollout from today and according to the company initially, only a few handsets will receive the update and gradually it will reach other users also. The system-wide dark theme can be enabled or disabled for specific apps or the entire phone that reduces eye strain in dim lights or dark environments. With the gesture navigation, the users can now perform common tasks like navigating back, go to the home screen, or launch Google Assistant with a simple swipe and pull gestures.

According to Asus the Android 10 update also improves privacy that now allows better control over their personal data. The users are now allowed to customize their location information shared with the apps

The update also includes system improvements and bug fixes. The update is being rolled out via over the air update in an incremental way which means only less amount of smartphones will receive the update followed by a broader rollout after ensuring there is no bug.

Asus ROG Phone 2 runs on Android 9 Pie skinned with ROG UI on top. It features a 6.59-inch full-HD+ AMOLED display with 120Hz of refresh rate and 1,080×2,340 pixels of resolution. It also includes an in-display fingerprint sensor. It is powered by the Qualcomm Snapdragon 855+ SoC processor paired with  12GB of RAM and 512GB of internal storage. For longer battery life the handset houses a massive 6000mAh battery supported by 30W fast charging technology.

In terms of cameras, ROG Phone 2 comes with a dual rear camera set up that consists of a 48-megapixel primary shooter and a 13-megapixel secondary wide-angle lens with 125 degrees of field view. For taking selfies there is a 24-megapixel front-facing camera.

Komila Singhhttp://www.gadgetbridge.com
Komila is one of the most spirited tech writers at Gadget Bridge. Always up for a new challenge, she is an expert at dissecting technology and getting to its core. She loves to tinker with new mobile phones, tablets and headphones.
Facebook
Twitter
WhatsApp
Linkedin
ReddIt
Email
Previous article
Oppo F15 with 48-megapixel camera receives a price cut of Rs 1,000, now available at offline retailers: Reports (Updated)
Next article
Participate in Amazon Quiz, answer 5 questions and win LG W30 Pro smartphone: March 11 Amazon quiz answers