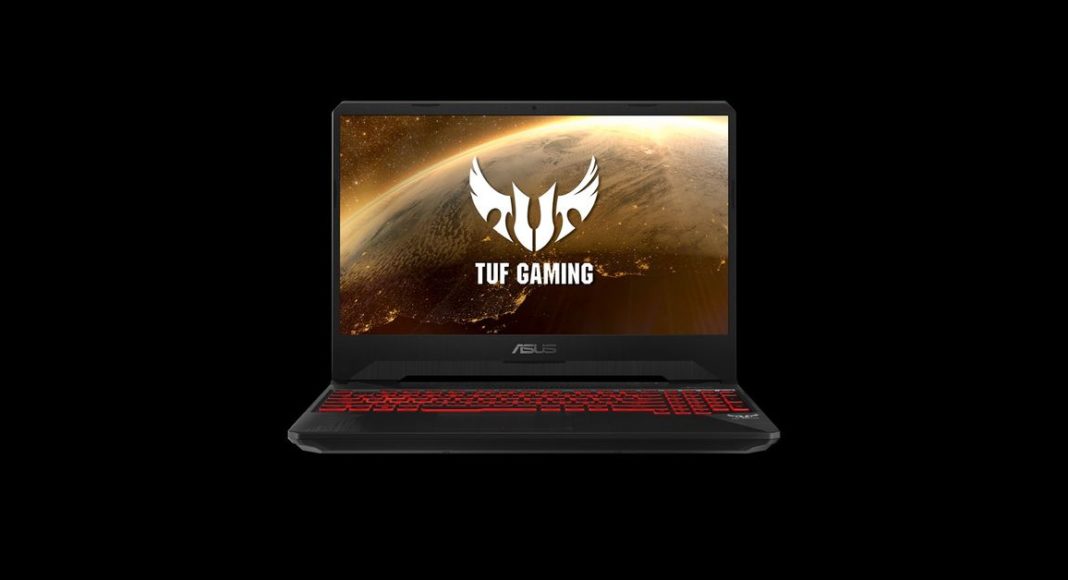 Asus has announced two new TUF gaming laptops powered by AMD Ryzen in India today – TUF FX505DY and the TUF FX705DY. Both the laptops are powered by the AMD Ryzen CPU and have AMD Radeon RX 560X GPU. They both come with Full HD NanoEdge displays which is claimed to provide users with smooth and immersive gameplay. According to Asus, both the gaming laptops meet the MIL-STD-810G testing standards which gives them military-grade toughness.

The Asus TUF FX505DY will be exclusively available through Amazon India’s website and it bears a price tag of Rs 64,990 for the 128GB SSD/1TB SSHD variant. On the other hand, the 1TB SSHD variant of the TUF FX505DY that comes without SSD costs Rs 59,990.

On the other hand, the Asus TUF FX705DY laptop will be available online as well as offline. The FX705DY carries a price tag of Rs 69,990.

The Asus TUF FX505DY laptop is powered by the AMD R5-3550H 4C8T/ 8CU- 35W processor and it comes pre-installed with Windows 10. The laptop sports a 15.6-inch Non-glare IPS-level Full HD display that has a refresh rate of 60 Hz. As mentioned above, the Asus TUF FX505DY holds a Radeon RX560X GPU which handles all the gaming and graphics related work. The gaming laptop comes in two storage variants – one with 128GB SSD/1TB SSHD while the other variant holds a 1TB SSHD without SSD. The device comes with an RGB backlit keyboard and it has up to 32GB DDR4 RAM. Ports of the Asus TUF FX505DY laptop include two USB 3.1 port, one USB 2.0 port, one HDMI 2.0 port, one RJ-45 Jack, a 3.5mm headphone jack and microphone combo jack. For audio, the laptop comes with DTS Headphone:X and it supports Wi-Fi 802.11A/B/G/N/AC+BT. The TUF FX505DY comes with 48Whr, 3-cell Li-ion battery and has a built-in HD array mic along with a camera. Its dimension are 36 x 26.2 x 2.5 cm and it weighs 2.2 kgs.

According to the company, the Ryzen 5 processors used in both the TUF gaming laptops has four cores and eight threads which can handle heavy tasks and new games as well. The company has promised a battery life of nearly seven hours on the TUF FX705DY laptop and six hours on the TUF FX505DY laptop. Both the laptops come with HyperCool technology which keeps the CPU and the GPU cool even in most demanding tasks.

Aman Singhhttps://www.gadgetbridge.com/
Aman Kumar Singh has a Masters in Journalism and Mass Communication. He is a journalist, a photographer, a writer, a gamer, a movie addict and has a love for reading (everything). It’s his love of reading that has brought him knowledge in various fields including technology and gadgets. Talking about which, he loves to tweak and play with gadgets, new and old. And when he finds time, if he finds time, he can be seen playing video games or taking a new gadget for a test run.
Facebook
Twitter
WhatsApp
Linkedin
ReddIt
Email
Previous articleLiveblog: Apple launched its new TV service and additional things at the 25 March “It’s Show Time” event
Next articleAmazon Fab Phones Fest: Discounts on Honor View 20, Honor 8X, Honor 8C, Honor Play and more