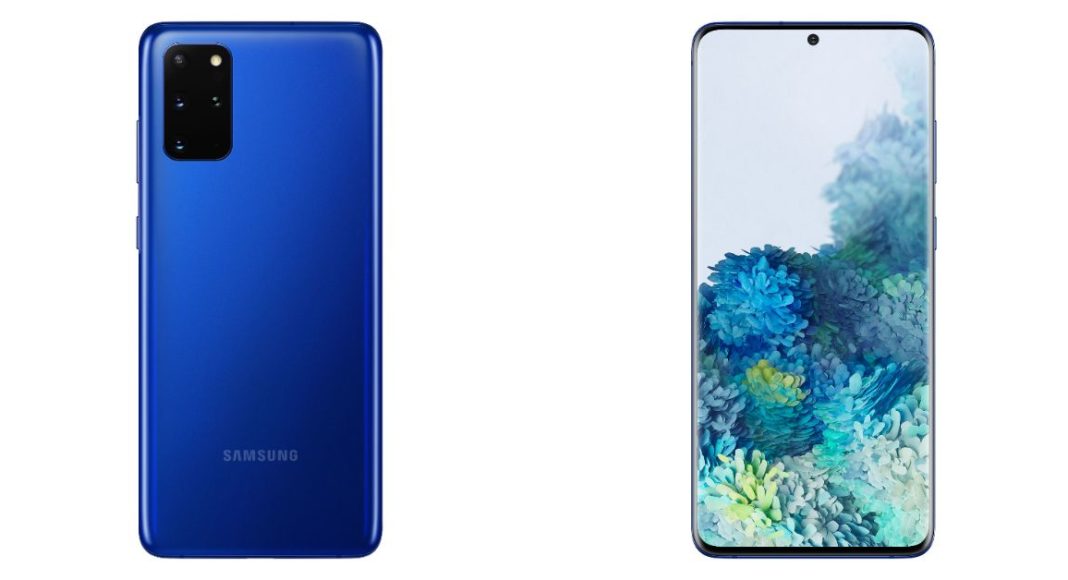 Samsung launched the Aura Blue colour variant of Galaxy S20+ in the Netherlands. The device is a part of the Samsung Galaxy S20 series which was launched in February this year and includes a vanilla S20 and Galaxy S20 Ultra. At the time of the launch the smartphone was introduced in three colour options  Cloud Blue, Cosmic Black, and Cosmic Gray. However, the Cloud White colour option was also spotted on the company official website but only these three colour options were introduced. But the Cloud White model is only available in the select markets only. In Japan, there is another colour option that is Matte Gold colour and is the Samsung Galaxy S20+ 5G Olympic Edition.

Galaxy S20+ in Aura Blue colour is available in the Netherlands but in India, it is available in Cloud Blue, Cosmic Black, and Cosmic Gray colours. The device is available in a single 8GB of RAM with 128GB of storage option with a price tag of Rs 77,999.

Komila Singhhttp://www.gadgetbridge.com
Komila is one of the most spirited tech writers at Gadget Bridge. Always up for a new challenge, she is an expert at dissecting technology and getting to its core. She loves to tinker with new mobile phones, tablets and headphones.
Facebook
Twitter
WhatsApp
Linkedin
ReddIt
Email
Previous articleiQoo Z1 5G with MediaTek Dimensity 1000+ Soc launched and 144Hz display launched: Specifications details
Next articleFacebook Shops now launched to help businesses of all sizes prepare for future