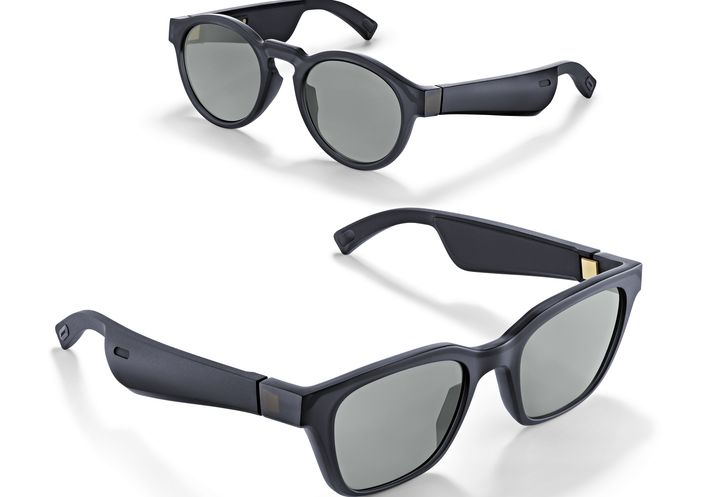 Bose has today announced that its AR Audio sunglasses, which are popularly known as Bose Frames, will go on sale beginning next week in the Indian market

The companies debut sunglasses collection features two classic shapes and has built-in Bose speakers that are promised to provide an immersive audio experience. Bose Frames basically looks like any other pair of plastic-framed sunglasses fitted with polarized lenses. Currently, there are two styles available – the square-framed Alto that is similar to Ray-Ban’s Wayfarer sunglasses, while the Rondo is rounder, smaller and looks a little retro.

We should mention that Bose Frames weigh 45g.

The Bose Frames just look like any other cool pair of shades and it’s really hard to imagine that is audio gear that double up as a fashion statement.

The Bose Frames are basically a pair of sunglasses which has a tiny Bose audio system in the temples. This audio system efficiently changes them into a wireless pair of headphones. It includes a microphone and multi-function button on the right temple for power and pairing, connecting with Siri and Google Assistant, calls and commands, or to pause and skip songs.

Apart from snooping to music or taking phone calls, you can use the Frames to fetch up your ideal digital assistant, line up your golf shot, or take an audio tour of what’s around you

The Bose Frames are tinted and the company claims that it blocks 99% of UV rays. The lenses are interchangeable and can easily be changed for a different colour. The Frames comes up in mirrored silver for the Alto and rose gold set for the Rondo.

The Bose Frames are IPX2 water-resistance rated, so basically, they can be used outdoors without any refrain.

Apart from the audio capabilities, the BoseFrames are also compatible with Bose’s AR platform. The Bose Frames don’t include any visual AR capabilities, but they can provide audio AR input to enhance your experience.

The company claims that battery can last up to 3.5 hours for playback and up to 12 hours on standby. It can be fully recharged in less than two hours.

Bose Frame will be made available with a price tag of Rs. 21,900 and will be offered in two universal styles – the larger Alto and the smaller Rondo.

The Bose Frames Lens Collection of non-polarised and polarised lenses will retail at Rs. 1,990 and Rs. 2,990, respectively. It will be up for sale from June 20 via select resellers and Bose stores in the country.

Komila Singhhttp://www.gadgetbridge.com
Komila is one of the most spirited tech writers at Gadget Bridge. Always up for a new challenge, she is an expert at dissecting technology and getting to its core. She loves to tinker with new mobile phones, tablets and headphones.
Facebook
Twitter
WhatsApp
Linkedin
ReddIt
Email
Previous article10 smartphones under Rs 20,000 that come with triple rear cameras
Next articleCanon launches PIXMA G6070, PIXMA G5070 and PIXMA GM2070 high-speed Ink Tank printers: Price and specifications