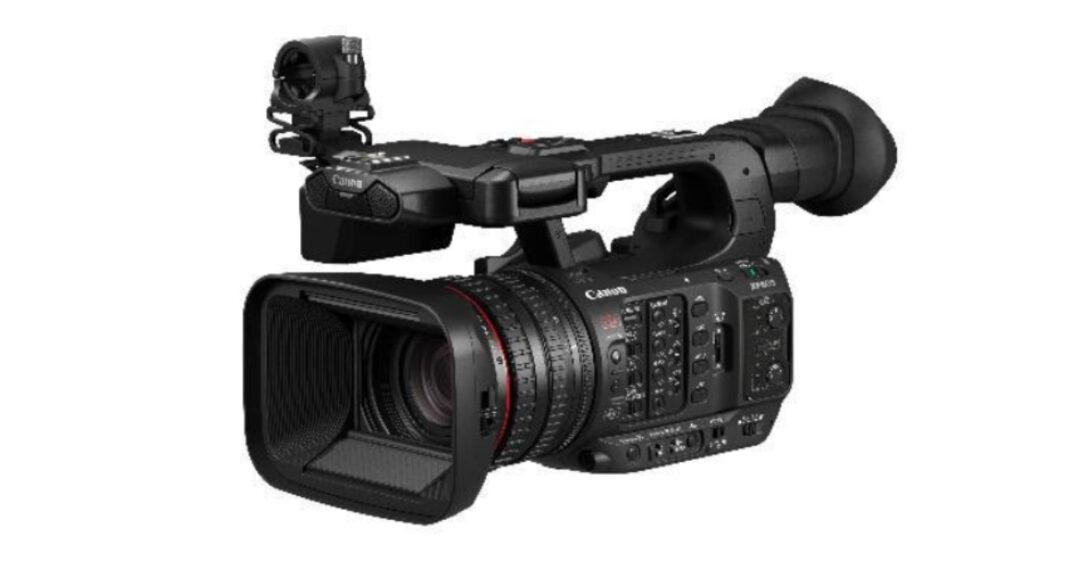 Canon recently announced the launch of a new XF-series professional-use camcorder namely XF605 in the market. The Canon XF605 features the company’s L Series lens offering 15X zoom along with 3 ring operation. There is a 1.0-inch CMOS sensor and is powered by a DIGIC DV7 image processor. The camcorder comes with head and eye detection and 5-axis stabilisation.

Canon XF605 comes with a compact body that brings portability while retaining three lens rings for enhanced operability. The new XF-series professional-use camcorder weighs approximately 600 grams less than the XF705. The device is claimed to deliver improved AF and transmission functionality, making it ideal for genres such as broadcast journalism, documentary films and event coverage that demands immediate responsiveness and single-operator shooting styles.

Along with the L (Luxury) Series lens, the Canon video recorder comes with an autofocus technology called Dual Pixel CMOS AF. This feature allows each effective pixel on the CMOS sensor to perform both phase-difference autofocusing and imaging functions, therefore, allowing high-speed and high-accuracy focusing. The XF605 is the company’s first to offer eye and head AF as well as improved face detection AF, enabling more accurate and stable tracking of subjects. The camcorder also offers intuitive operation and for this, it includes touch-panel menu operations and a replay mode.

The company has also launched the new CTM mobile app which allows Canon XF605 professional-use camcorder to connect and transfer recorded video data via cable. It also allows wireless transfer of data to iOS devices and to FTP servers at broadcast stations or other locations, thus enabling faster and more efficient workflows for video operations.

Komila Singhhttp://www.gadgetbridge.com
Komila is one of the most spirited tech writers at Gadget Bridge. Always up for a new challenge, she is an expert at dissecting technology and getting to its core. She loves to tinker with new mobile phones, tablets and headphones.
Facebook
Twitter
WhatsApp
Linkedin
ReddIt
Email
Previous article
Samsung Galaxy A03s with triple cameras and 5,000mAh battery launched in India
Next article
Best ways to fix YouTube Shorts not appearing in your feed