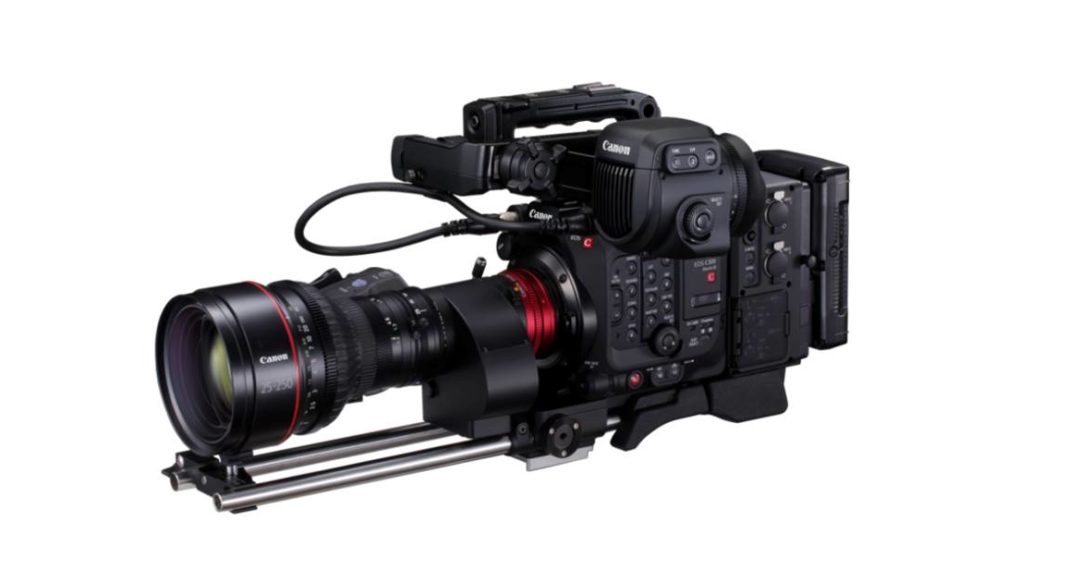 In order to cater to the evolving needs of the cinema professionals in India to deliver a seamless filming experience, Canon has now lifted curtains of its new Cinema EOS C300 Mark III, an addition to the video production Cinema EOS System. The Canon Cinema EOS C300 MK III is expected to go on sale July 2020.

Expressing views on the launch, Kazutada Kobayashi, President and CEO of Canon India, said, “The unceasing presence of news channels and documentary filmmakers is also fuelling the demand for such products. Realizing the potential need of the market and with innovation deeply ingrained in our DNA, we are delighted to launch Cinema EOS C300 Mark III, the latest entrant to our Cinema EOS portfolio.”

Canon claims that the EOS C300 Mark III, which is the successor to the EOS C300 Mark II (released in September 2015), features a 4K Super 35mm CMOS Dual Gain Output sensor (DGO sensor), courtesy of which it is able to shoot 4K/60p footage with extremely high dynamic range and low noise in DGO Mode.

Moreover, the modular design of the Canon C300 Mark III enables users to customise the camera according to their shooting environment. By attaching various accessories and extension units (sold separately), the C300 Mark III can be adapted to fit into any production scenario. “Amongst these accessories are the mount kits (sold separately), which allow users to change the native EF Mount of the camera to PL or EF Cinema Lock mounts, enhancing the camera’s versatility by allowing the use of a large variety of lenses,” as revealed by Canon.

Beside this, Canon has also launched the new EF cinema lenses CN10x25 IAS S/E1 (EF mount) and the CN10x25 IAS S/P1 (PL mount) in order to offer exemplary features and performance for high-end cinema and broadcast content creation. The lenses will go on sale in July 2020.

However, Canon India hasn’t yet revealed the prices of the newly-launched products. We will update you with the same once the products go on sale. Stay tuned!