HomeNewsCES 2019: Samsung showcases a 219-inch TV which comes with support for...

CES 2019: Samsung showcases a 219-inch TV which comes with support for voice commands 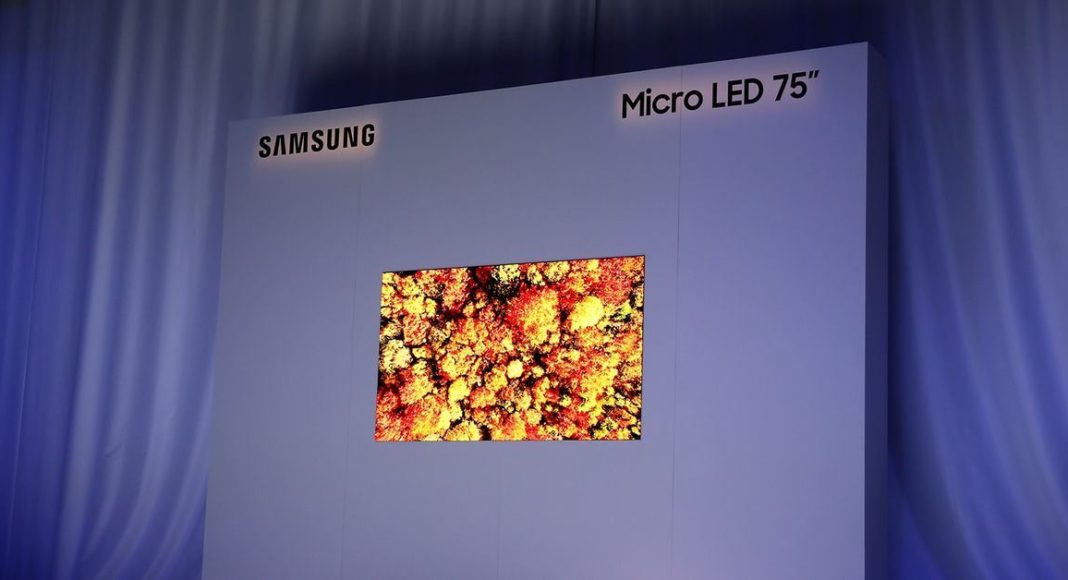 South Korean technology giant Samsung has showcased its latest television technology at the ongoing CES 2019. The company has unveiled its MicroLED modular panel that is available in both larger and smaller sizes. In fact, if you were impressed by the 146-inch ‘The Wall’ TV that Samsung showcased last year at Consumer Electronics Show, get ready to be impressed again. This year, the tech giant has unveiled a television that is 219-inches in size.

But it’s not just the size of the television that makes it so impressive, it has some very interesting and useful features too. For starters, you would be able to give commands to Samsung’s new panels via Google Assistant as well as Amazon Alexa. However, for doing this you should have a smart speaker that supports either of the two.

With the 219-inch Wall TV, Samsung has put forward what it can achieve in terms of resolution and sizes using its MicroLED technology. The South Korean technology company also unveiled a MicroLED panel which is 75-inches in size and has support for 4K technology. We personally feel that this television would prove to be more practical for a regular buyer. And needless to say, it will be more affordable too. However, Samsung has not as yet given away the pricing of either of the two products. It has only unveiled them and spoken about their features and specifications.

The company also made a surprise move when it joined hands with Apple in order to offer customers iTunes movies and TV shows via its smart TV app. And as we mentioned earlier, the television will also come with support for voice inputs by Google Assistant and Amazon Alexa. But then, for doing this, you must have a device that has support for these assistants, like Google Home or Amazon’s speakers.

Nevertheless, it is a great feature. On clubbing the television with Google Home or Amazon Echo-like speaker, you would be able to switch the device on or off, change the channel, control volume levels and do a lot more just using voice commands. And in case you don’t have a smart speaker, you can use Samsung’s digital assistant – Bixby – which will in-built on the new television by the company.

Avani Baggahttp://www.gadgetbridge.com
Avani has an immense love for reading, travelling and food, but not necessarily in the same order. Avani almost started pursuing law, but life had other (better) plans for her and she chose to be a writer instead (luckily!) She previously covered technology at Times Internet and wrote about smartphones, mobile apps and tech startups. When she’s not writing, you’ll be able to find her in book stores or catching up on her social life.
Facebook
Twitter
WhatsApp
Linkedin
ReddIt
Email
Previous articleCES 2019: MediaTek launches its new smart home products
Next articleCES 2019: Alienware debuts m17, m15 notebooks with 8th generation Intel Core i9K processors