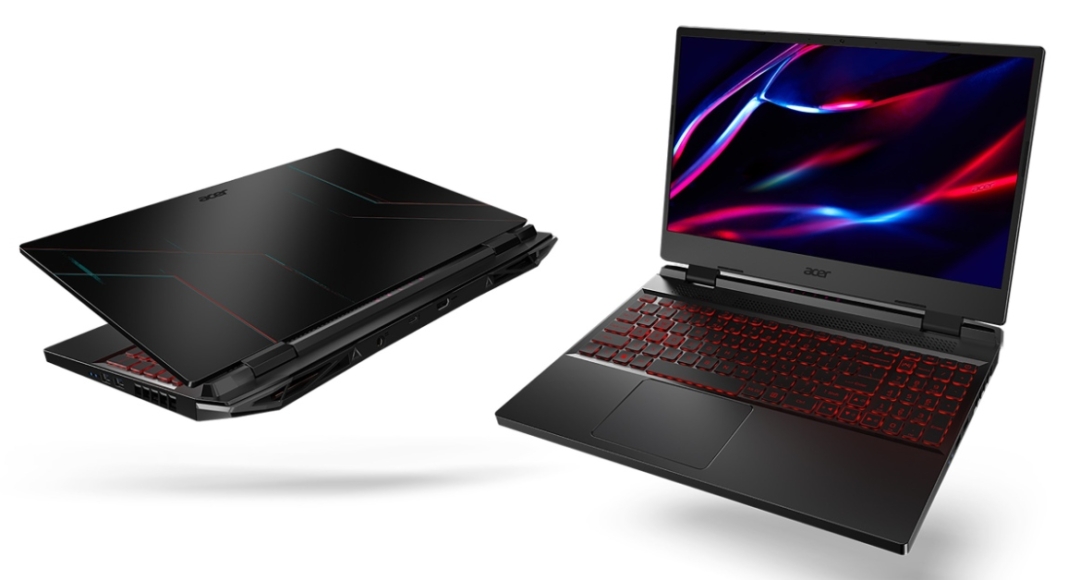 The 2022 models of Predator Triton 500 SE, Predator Helios 300, and Acer Nitro 5 gaming laptops were unveiled at the CES 2022. The new gaming laptops are powered by 12th-generation Intel Core CPUs and Nvidia RTX 30 series GPUs with AMD Ryzen 6000 Series processor choices on the Acer Nitro 5. They also include a one-month subscription to Xbox Game Pass, which gives gamers instant access to popular games.

The Predator Triton 500 SE (PT516-52s) is a gaming and work laptop with a “special edition” design. The device is powered by an Intel Core i9 processor, an NVIDIA GeForce RTX 3080 Ti Laptop GPU, with 32 GB of 5200 MHz LPDDR5 RAM and up to 2TB of high-speed PCIe Gen4 storage provides plenty of room for games and data.

The laptop has a WQXGA 16-inch display with 2,560×1,600 pixels of resolution, a 240Hz refresh rate, and a reaction time of up to three milliseconds. The display also offers 500 nits of brightness, 100 percent DCI-P3 colour gamut coverage. Additionally, it offers a 16:10 aspect ratio, as well as Nvidia G-Sync frame synchronisation technology.

The laptop has a triple-fan setup, with two 5th Gen AeroBlade 3D fans, each with 89 metal blades. Acer’s Vortex Flow technology directs the airflow generated by those fans to vital components, while strategically placed thermal foam, liquid-metal thermal grease on the CPU, and four heat pipes increase cooling even further. This means that users won’t be feeling the heat while making the most of the long battery life granted by the laptop’s large 99.98 Wh battery.

The laptop comes preloaded with Windows 11 and includes a complete complement of USB 3.2 Gen2 connections, including two Thunderbolt 4 Type-C connectors with support for DisplayPort and power supply, as well as an HDMI 2.1 port that allows users to connect to an external monitor for [email protected] Hz. An Intel Killer E3100G 2.5G Ethernet Controller, Intel Killer Wi-Fi 6E 1675, and Control Center 2.0 round out the package by providing users with lightning-fast connectivity.

A dual-fan setup with one 5th Gen AeroBlade 3D fan, as well as liquid metal thermal grease and Acer’s CoolBoost technology, helps keep the system cool. Users may manage fan speed via four preset operating modes with a single push of the built-in PredatorSense button, while a single press of the built-in Turbo key immediately maxes out these settings. The laptop’s mini-LED backlit keyboard has per-key RGB illumination. An HDMI 2.1 port, a Thunderbolt Type-C port, and two USB 3.2 Gen 2 ports are included on the Acer Predator Helios 300 (2022). Even when the laptop is switched off, you may use one of the USB ports to charge your mobile device.

Up to an AMD Ryzen 6000 Series CPU (AN515-46) and an NVIDIA GeForce RTX 3070 Ti Laptop GPU, as well as up to 32 GB of the latest-generation DDR5 4800 MHz RAM, may be found in the Acer Nitro 5. The AMD version of the Nitro 5 comes with two display options: an FHD panel with 144Hz refresh rate or a QHD 165Hz display both of which use AMD FreeSync technology to provide smooth gaming. The AMD-powered Nitro 5 has two M.2 PCIe Gen 4 SSD slots (PCIe Gen4 x1, PCIe Gen3 x1) for storage.

Killer Ethernet E2600 and Intel Killer Wi-Fi 6 AX1650i provide gamers, even more, control over their network, allowing them to prioritise gaming traffic for even quicker connectivity when every second counts.

It also has Windows 11 and a new chassis with dual-fan cooling, an intake on the top and bottom of the chassis, and four exhaust ports. According to the company the laptop’s utility tool, a built-in software solution that also allows users to overclock their CPU/GPU and personalise the 4-zone RGB keyboard’s illumination, allows users to alter fan speeds if they require more or less cooling power.

Users who wish to experiment with headphones or other peripherals will like the Nitro 5’s complete variety of ports, which include HDMI 2.1 and USB 3.2 Gen 1 and Gen 2 compatibility. A Thunderbolt 4 Type-C connector is included in the Intel-powered variant. USB 4 is included in the AMD-powered model.

These new goods’ exact characteristics, pricing, and availability may vary by area. Please contact your nearest Acer office or merchant at www.acer.com to inquire about availability, product details, and prices in certain markets.

Komila Singhhttp://www.gadgetbridge.com
Komila is one of the most spirited tech writers at Gadget Bridge. Always up for a new challenge, she is an expert at dissecting technology and getting to its core. She loves to tinker with new mobile phones, tablets and headphones.
Facebook
Twitter
WhatsApp
Linkedin
ReddIt
Email
Previous articleSamsung Galaxy M52 5G long-term review: A futuristic 5G smartphone
Next articleXiaomi 11i HyperCharge India launch today: Here is how to watch the live stream