All the gaming desktops are powered by 12th Gen Intel Core i7 processor. 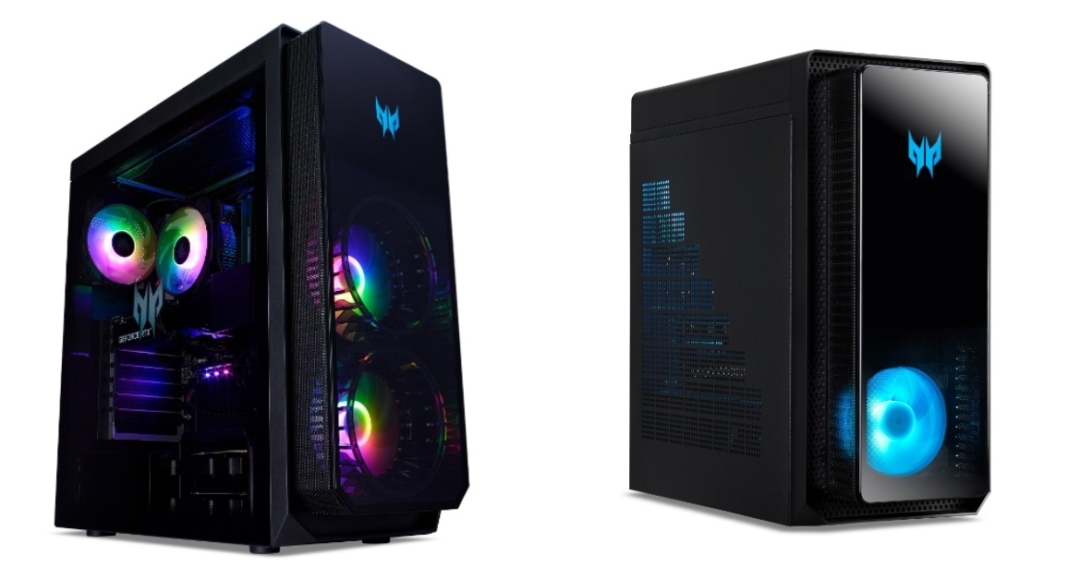 The Predator Orion 5000 integrates up to the latest 12th Gen Intel Core i7 processor (on an Intel H670 chipset) with an NVIDIA GeForce RTX 3080 GPU for the graphically-demanding games. ARGB-infused Predator FrostBlade 2.0 fans come in it, keeping the system cool. The device comes pre-installed with Windows 11 operating system.

It offers 64GB of 4,000 MHz DDR5 RAM, and up to 2TB of M.2 PCIe 4.0 SSDs. According to the company, there is a fan on the desktops which uses a static pressure design to maximise airflow while reducing vibration and noise with sealed rifle bearings and a novel arc-shaped design at the fins ends.

All of this hardware and ARGB flair are visible through a transparent side panel, which is also EMI-compliant, protecting users and their peripherals from any electromagnetic interference. One can easily change the CPUs air cooler to a 240 mm liquid cooler.

Killer E3100G 2.5G Ethernet Controller and Intel Wi-Fi 6E are latency-reducing features, while DTS:X Ultra allows gamers to transform any set of headphones or speakers into a high-end 360-degree sound system. Four USB ports (3x Type-A and 1x Type-C) and audio jacks are easily located on the top of the chassis, while many more on the rear of the tower conceal infrequently-moved wires.

The Acer Predator Orion 3000 is powered by up to a 12th Gen Intel Core i7 processor on an Intel B660 chipset) and up to an NVIDIA GeForce RTX 3070 GPU. The hardware is topped off with up to 64GB of 3,200 MHz DDR4 memory and 2TB of PCIe NVMe SSD storage. If 2 TB of SSD storage isn’t enough, 6TB of SATA3 HDD storage is offered as well.

Similar to Orion 5000, Predator Orion 3000 Series has the same appealing appearance with darker glass, plastic, metal, and mesh wrapped around it, as well as an optional transparent EMI-compliant side screen. Three Predator FrostBladeTM 2.0 fans, each measuring 92×92 mm, enhance airflow and keep the insides cool. Additionally, RGB LEDs are incorporated directly into the hubs of the front and rear fans. The lighting may be adjusted via the PredatorSense software.

Players will have access to an Intel Killer E2600 Ethernet controller, Intel Wi-Fi 6E AX211 (Gig+), and Control Center 2.0, as well as DTS:X Ultra. Windows 11 is installed by default on the Predator Orion 3000.

The Predator X32 FP is equipped with an HDMI 2.1 connector, allowing gamers to experience 4K gaming on both PC and console. It offers a refresh rate of 165 Hz (overclock) and a reaction time of 1 ms. AMD FreeSyncTM Premium Pro technology that supports  HDR and offers buttery smooth images and reduced latency even in visually demanding sequences. 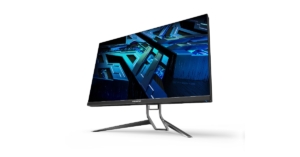 A USB Type-C connector with 90W of power supply is also available.

This is a big sized gaming monitor offering 48 inches of full 4K brilliance, even at 138 Hz refresh rates allowing next-level gaming performance. The HDMI 2.1 and DisplayPort 1.4, while four USB 3.2 ports and a USB Type-C port provide plenty of capacity for any additional accessories. In addition to this, it provides AMD FreeSync Premium Pro technology and a reaction time of up to 0.1 milliseconds.

The OLED display on the Predator CG48 has a 135K:1 contrast ratio, HDR10, and 98 percent DCI-P3 colour gamut coverage. Individual pixels on OLED monitors may be turned off, allowing for true blacks to be duplicated. They also don’t require backlighting, which improves the displays’ overall efficiency.

Komila Singhhttp://www.gadgetbridge.com
Komila is one of the most spirited tech writers at Gadget Bridge. Always up for a new challenge, she is an expert at dissecting technology and getting to its core. She loves to tinker with new mobile phones, tablets and headphones.
Facebook
Twitter
WhatsApp
Linkedin
ReddIt
Email
Previous articleXiaomi 11i HyperCharge 5G, Xiaomi 11i 5G with fast charging support launched in India
Next articleHP introduced new OMEN 45L Desktop and OMEN 27u 4K monitor at CES 2022