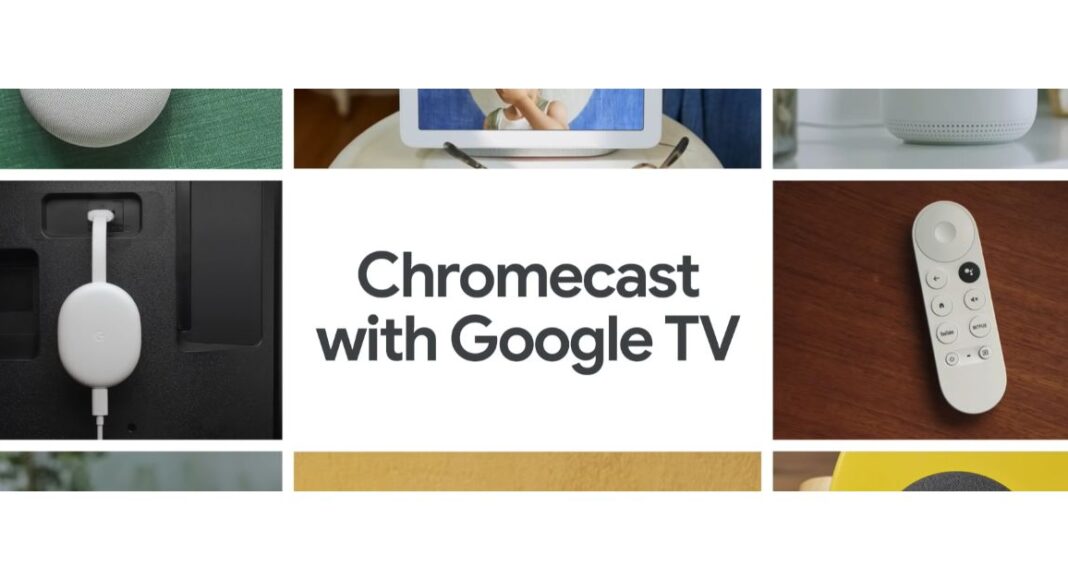 The tech giant Google late night yesterday launched its flagships smartphones Pixel 5 and Pixel 4a 5G in the market. The company also introduced its Chromecast with Google TV alongside the two devices. This new device comes with a bunch of improvements over its predecessor and changes as well, like it now also includes a remote. The new Android TV streaming device aims to take on Amazon Fire TV or Roku.

The all-new Chromecast with Google TV is now available in the US for $49.99. The device comes in different colour options of Snow, Sunrise and Sky. While in Australia, Canada, France, Germany, Ireland, Italy, Spain and the U.K it is now up for pre-order and will be available for purchase starting October 15. As of now, the company has not shared the availability or pricing details of the streaming device for India.

The brand-new Chromecast with Google TV is an inexpensive way to cast media on your TV. This now comes with the all-new Google TV entertainment experience that will bring movies, shows, live TV and more from across your apps and subscriptions. Unlike the previous generation of Chromecast, the new one now also include the much-requested dedicated remote. 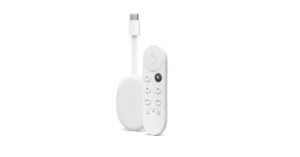 In terms of design, the device is compact with a thin design to offer portability which easily plugs into your TV’s HDMI port and tucks behind your screen. This will be offering a clear video in up to 4K HDR at up to 60 frames per second as it also has Dolby Vision support that brings improved colour contrast, brightness and details on your TV.

The new Chromecast remote is voice-enabled, is comfortable to hold, easy to use and full of new features. It has a dedicated Google Assistant button that will let you search for anything such as “how’s the weather?” or play YouTube Music with the command of your voice. Apart from this the Chromecast also have dedicated buttons for YouTube and Netflix, to give you instant access to the content you love. While Google TV’s For You tab gives you personalised watch suggestions from across your subscriptions organised based on what you like to watch.

On the other hand, the Watchlist lets you bookmark movies and shows you want to save for later. You can add to your Watchlist from your phone or laptop as well. What’s more, it comes with a YouTube TV membership. This will let you watch live and on-demand TV from more than 85 top networks, like live sports, news, shows, movies and more. Membership comes with free unlimited cloud DVR storage space to record all your favourites and up to six accounts per household.

Moreover, it also brings access to more than 6,500 apps and the ability to browse hundreds of thousands of movies and TV shows. The Google Assistant will help you out to see results from across your favourite apps, like Disney+, HBO Max, Netflix, Peacock, france.tv, Rakuten Viki and YouTube, among others. Plus, Stadia support is coming in the first half of 2021.

The all-new Chromecast with Google TV runs on the new Google TV platform. It has support for 4K HDR at up to 60fps, Dolby Atmos, Dolby Digital Plus, Dolby Vision, DTSX, HDR10+, and h.265 streams. The connectivity options include Bluetooth and dual-band Wi-Fi 802.11ac.

Komila Singhhttp://www.gadgetbridge.com
Komila is one of the most spirited tech writers at Gadget Bridge. Always up for a new challenge, she is an expert at dissecting technology and getting to its core. She loves to tinker with new mobile phones, tablets and headphones.
Facebook
Twitter
WhatsApp
Linkedin
ReddIt
Email
Previous article
Google Pixel 5 and Pixel 4a 5G officially launched
Next article
Google Nest Audio smart speaker will be available in India via Flipkart