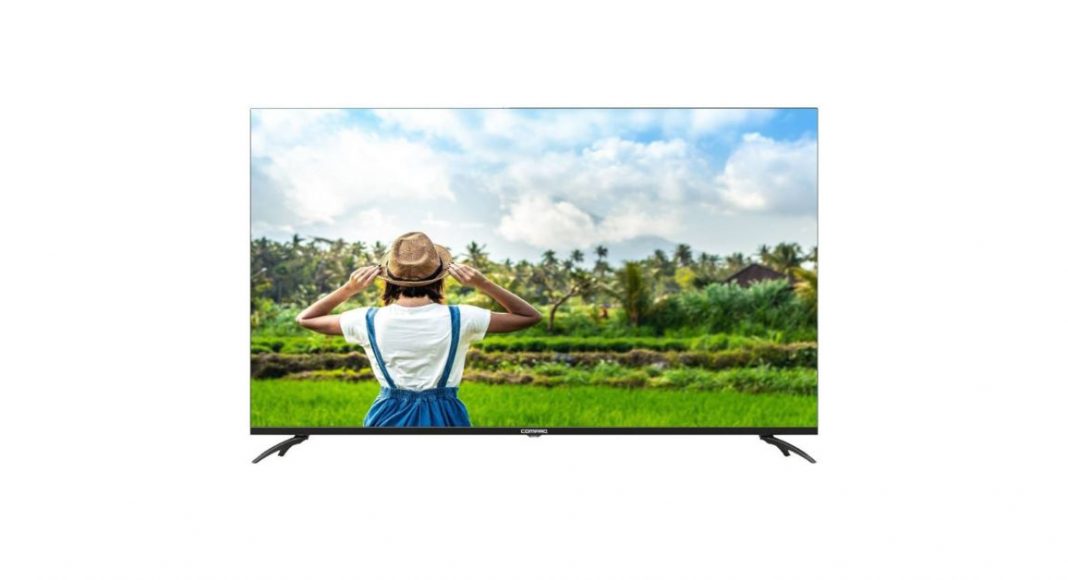 Compaq a familiar brand in laptops and computing made its come back in India last year with the launch of its 55-inch and 65-inch model of Hex 4K QLED TV. Today the company announced the operating system update for its flagship model. The Hex 65 QLED TV has been upgraded with Android 9.0. In addition to this, the Television will also come integrated with Mimi technology which offers sound personalisation.

Speaking about the product, (Spokesperson) said, “Compaq TVs offer the Indian consumers with highly advanced and future-forward technology. We aim to deliver a seamless, home entertainment experience, and cater to every household as we bring our A-Game with the HEX 65 QLED TV, powered by Android 9.0.”

According to the company the Compaq Hex 65 QLED Smart TV will be running Android 9.0. In addition to this, the 4K Television will be shipped with Mimi audio technology that is said to be based on a unique bio-algorithm integrated into the smart TV through the Mimi App, that replicates the way the human ear responds to sound. Basically, this technology adapts the sound to match an individual’s unique hearing profile by focusing on the intensity and delivery mechanism of various components of sound, improving the overall TV experience. Apart from this rest of the specification remains the same. It should also be noted that only the 65-inch model of Hex 4K QLED TV has been configured while the 55-inch variant remains the same.

Compaq Hex 65 QLED TV was launched in India with a price tag of Rs 89,999. It features an Ultra-HD QLED screen offering 3840×2160-pixel of resolution and HDR10 support. Now the 4K Tv will run Android 9.0 with access to Google Play Store to download over 5,000 apps and games. The display comes with an LED backlight that lets you see every image in vivid, breath-taking colours. It is capable of presenting over 1.07 billion colours.

The Compaq Hex 65 QLED TV also has support for Dolby Audio and DTS TruSurround Technology. It offers 2.5GB of RAM and 16GB of storage. In terms of connectivity, it includes Wi-Fi connectivity up to 5GHz, four HDMI ports, and three USB ports. Besides this, the device incorporates an Experience Stabilisation Engine that ensures vivid visuals and crisp fast-action sequences without any blur or lag using dynamic frame transitions. With Google Assistant support the users can control the Compaq TV with their voice The TV remote comes with a dedicated button for the Google Assistant. Whereas the Chromecast allows you to mirror your phone onto the screen to play content on a bigger screen.

Komila Singhhttp://www.gadgetbridge.com
Komila is one of the most spirited tech writers at Gadget Bridge. Always up for a new challenge, she is an expert at dissecting technology and getting to its core. She loves to tinker with new mobile phones, tablets and headphones.
Facebook
Twitter
WhatsApp
Linkedin
ReddIt
Email
Previous articleLow audio volume on Laptop? Here are ways you can boost the audio output on a Windows or MAC laptop
Next articleJune 29 Amazon quiz answers: Participate and win Rs 20,000 Amazon Pay Balance