Know which is the best buy for you 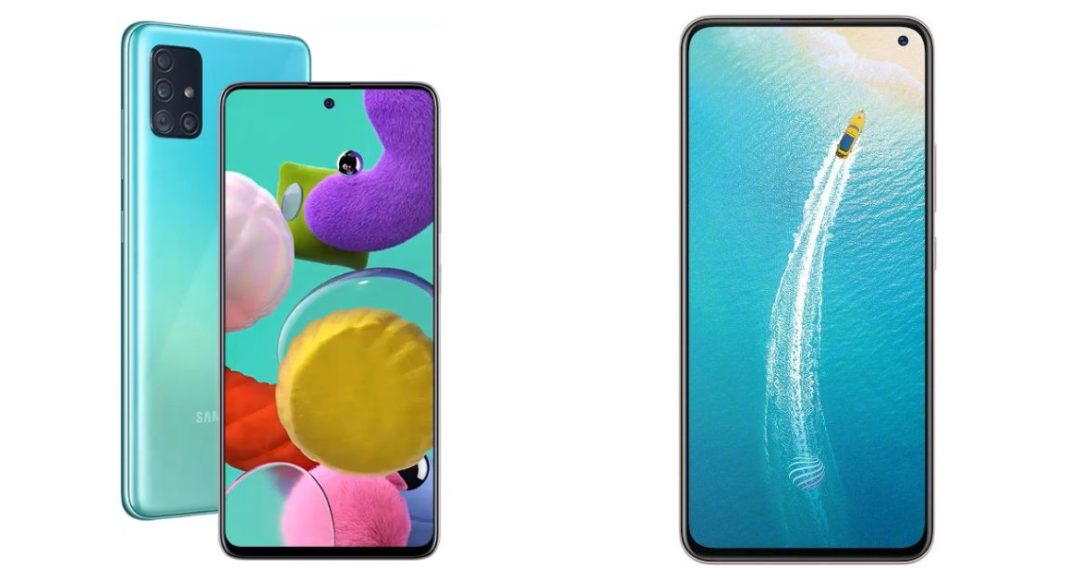 The South Korean smartphone company, Samsung, has launched a new phone in the Indian market. The company has launched Samsung Galaxy A51 that comes in two RAM and storage variants starting at Rs 23,999. The smartphone will take on many new smartphones from other brands in the market, especially with quad rear cameras and a good selfie camera. The price of the smartphone has been put in the same league as Vivo V17 that was launched a few months back by the Chinese company. So we have listed down the specifications of both the smartphones to help you decide which one is the right buy for you. Read our comparison of Samsung Galaxy A51 and Vivo V17.

If we look at both the smartphones Samsung Galaxy A51 comes with a bit bigger screen. Also, the newly launched phone comes with the latest operating system out of the box. Both the phones come with the same battery capacity of 4,500mAh and a 32-megapixel selfie camera. In terms of rear cameras both sports a quad rear camera set up but the Samsung device has better cameras than the Vivo. If you are ready to pay a little extra then we would suggest you go for Samsung Galaxy A51.

Komila Singhhttp://www.gadgetbridge.com
Komila is one of the most spirited tech writers at Gadget Bridge. Always up for a new challenge, she is an expert at dissecting technology and getting to its core. She loves to tinker with new mobile phones, tablets and headphones.
Facebook
Twitter
WhatsApp
Linkedin
ReddIt
Email
Previous article
Samsung Galaxy A51 launched in India at Rs 23,999
Next article
Sennheiser launches its AMBEO Soundbar in India for Rs 199,990