Let's have a look at how the latest 5G iPhones compare. 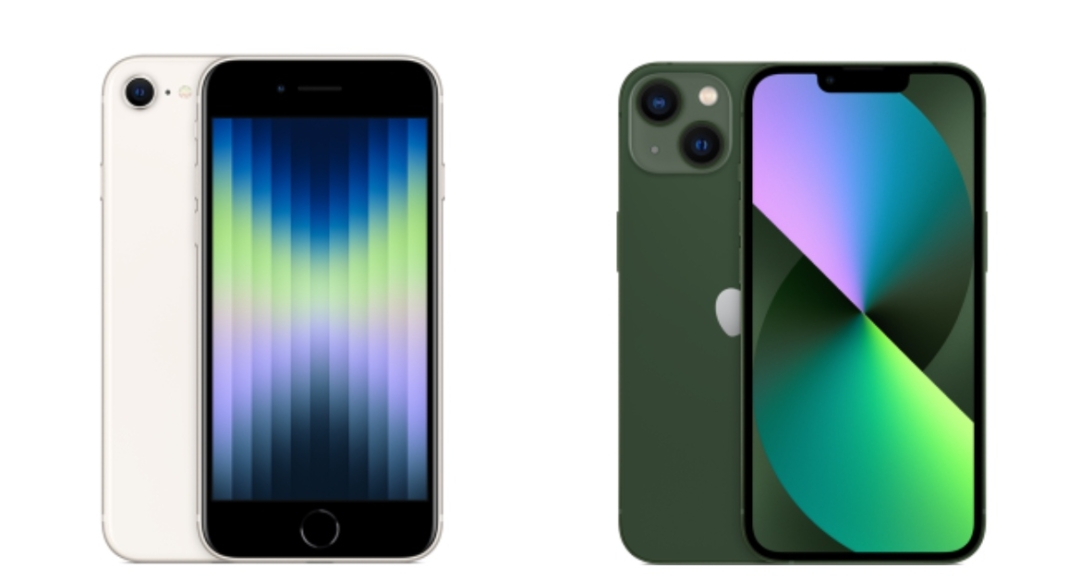 The iPhone SE 2022 is Apple’s most recent and most affordable handset to date. The phone has the same body factor as its predecessor, the iPhone SE, which was released two years ago. The new iPhone SE is powered by Apple’s most powerful A15 Bionic SoC, which is also used in the flagship iPhone 13 Series. Because the iPhone SE is the most inexpensive smartphone in this article, we will compare it to the more affordable iPhone 13 mini, as both phones are tiny in size and have few commonalities. If you want to buy an iPhone, here’s a comparison between the new iPhone SE and the iPhone 13 mini.

The new iPhone SE keeps the same appearance as its predecessor, which also resembles the iPhone 8. The iPhone 13 mini, on the other hand, sports a larger, better display with narrow bezels. However, both smartphones have comparable software and processors. The camera sensors are almost the same. Note that all of the iPhone 13 models include faceID whereas SE still settles for a Touch ID and home button. However, the 13th generation features a dual configuration on the rear, whilst the competition has a single wide lens.

Meanwhile, a story has arisen on the internet saying that the new iPhone SE performance is similar to that of the iPhone 13 mini because both handsets are reported to have the same RAM capacity and processor.

So if you want the iPhone 13 mini, you’ll have to spend a little extra. Another point to add is that even if you pick the greater storage model of the SE, it will still be less expensive than the base model of mini. Also, if you are a first-time user, we recommend going with the iPhone SE 2022.

Komila Singhhttp://www.gadgetbridge.com
Komila is one of the most spirited tech writers at Gadget Bridge. Always up for a new challenge, she is an expert at dissecting technology and getting to its core. She loves to tinker with new mobile phones, tablets and headphones.
Facebook
Twitter
WhatsApp
Linkedin
ReddIt
Email
Previous article
Asus ROG Phone 5s review: For next-gen gaming
Next article
Haier 65-inch OLED Pro TV with 120Hz refresh rate launched in India