Comparison: Moto E7 Plus Vs Realme Narzo Vs Redmi 9 Prime

See what all is new Moto E7 Plus has to offer 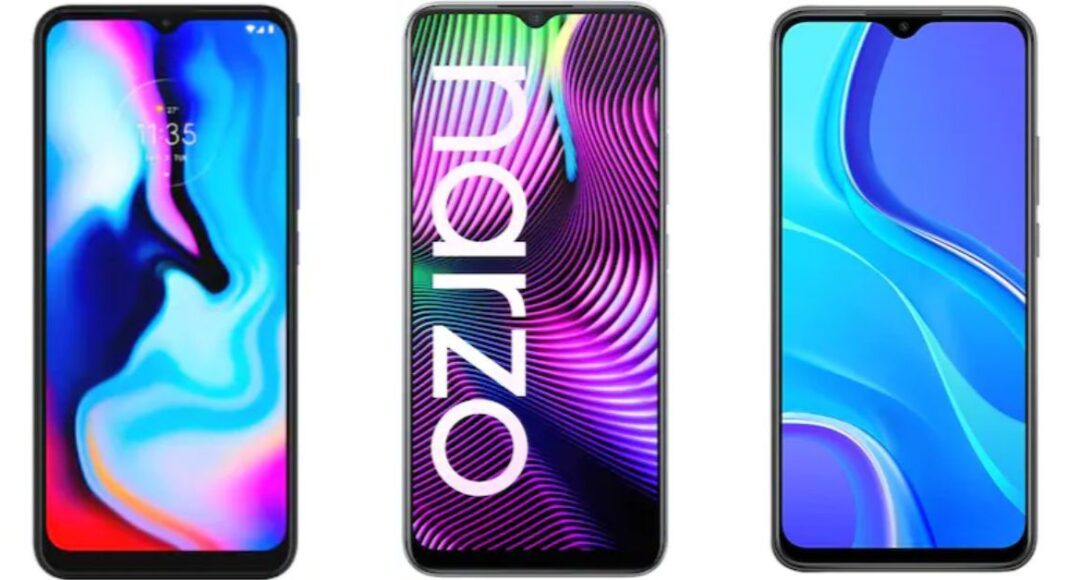 Moto E7 Plus launched in India today. The device is Motorola’s new budget smartphone that is priced under Rs 10000 price segment. The smartphone will be going on sale in the country on September 30 and comes with all the up to date features such as for longer battery life it has a 5,000mAh battery onboard, powered by Qualcomm Snapdragon 460 chipset and a 48-megapixel dual camera set up. With all these features it can give a tough fight to its competitors so today we will compare it with the recently launched Realme Narzo 20 and Redmi 9 Prime to know which is a better option to go for.

Moto E7 Plus: 4GB of RAM and 64GB of storage option

Moto E7 Plus: Dual rear camera set up which includes a 48-megapixel primary camera with f/1.7 aperture and a secondary 2-megapixel depth sensor with an f/2.4 aperture

Realme Narzo 20: Triple rear camera setup that includes a 48-megapixel primary image sensor with f/1.8 aperture, an 8-megapixel ultrawide lens with a field of view of 119 degrees, and a 2-megapixel macro lens

In terms of pricing, all smartphones fall under the same budget segment. While Motorola’s smartphone is the most affordable and comes loaded with the latest features. If you are on a tight budget then you can go for this phone otherwise we would recommend the Realme phone which has better specs than the Motorola phone.

Komila Singhhttp://www.gadgetbridge.com
Komila is one of the most spirited tech writers at Gadget Bridge. Always up for a new challenge, she is an expert at dissecting technology and getting to its core. She loves to tinker with new mobile phones, tablets and headphones.
Facebook
Twitter
WhatsApp
Linkedin
ReddIt
Email
Previous articleAnker announces 10W Wireless Charging Pad in India for Rs 1,999
Next articleSamsung Galaxy S20 FE with 120Hz refresh rate display launched globally