What distinguishes the two phones? 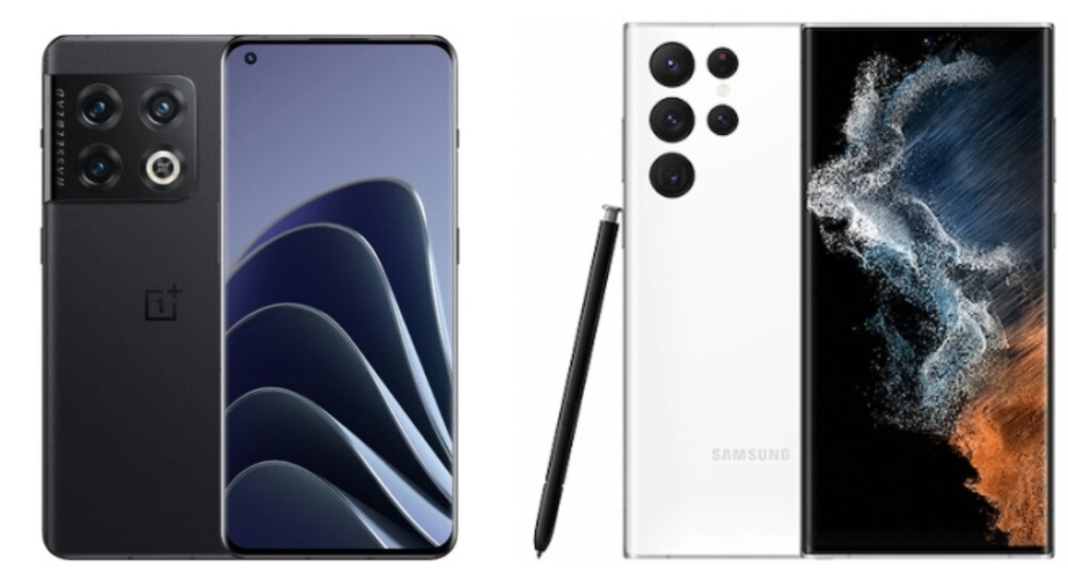 The display on the OnePlus 10 Pro is slightly smaller than that on the Samsung Galaxy S22 Ultra. Both devices have a QHD+ AMOLED display with a 120Hz refresh rate on both. In countries other than India, the S22 Ultra is equipped with a Snapdragon 8 Gen 1 processor, but in the United States, it is equipped with an Exynos 2200 processor. The OnePlus phone, on the other hand, is equipped with a Snapdragon 8 Gen 1 processor, which is more efficient, but Samsung’s handset has more storage options than its competitor. The S22 Ultra’s 108MP primary sensor clearly outperforms the OnePlus 10 Pro’s 48MP main sensor. However, we would like to point out that higher resolution does not always imply better images. OnePlus, on the other hand, has a 50MP ultrawide angle sensor as well as an 8MP telephoto sensor. Samsung, on the other hand, has a 12MP ultra-wide lens and a 10MP telephoto lens. Both are IP68 certified and are water and dust resistant. Both devices are missing the headphone jack and the microSD card slot.

The OnePlus phone has a signature alert slider, whereas the Galaxy has an S Pen. Both of these smartphones have 5,000mAh batteries and will last longer. However, when it comes to charging, the OnePlus takes the lead because it comes with a charger, which the Galaxy does not. Both of these phones come with Android 12 pre-installed, but OnePlus’ OxygenOS offers a close to stock Android experience.

In our opinion, the OnePlus 10 Pro is a promising Android smartphone that can compete with most flagships. It’s also worth considering because the device has top-of-the-line specifications for the price. As a result, it’s a tie between both handsets. You can select any of them based on your preferences and pricing considerations. Please let us know which one you prefer in the comments section.

Komila Singhhttp://www.gadgetbridge.com
Komila is one of the most spirited tech writers at Gadget Bridge. Always up for a new challenge, she is an expert at dissecting technology and getting to its core. She loves to tinker with new mobile phones, tablets and headphones.
Facebook
Twitter
WhatsApp
Linkedin
ReddIt
Email
Previous article
WhatsApp’s Restrictions on Forwarded Messages Are Getting Tougher: Report
Next article
10 Essential Apps To Install First On Your New Windows Laptop