How are the phones different? 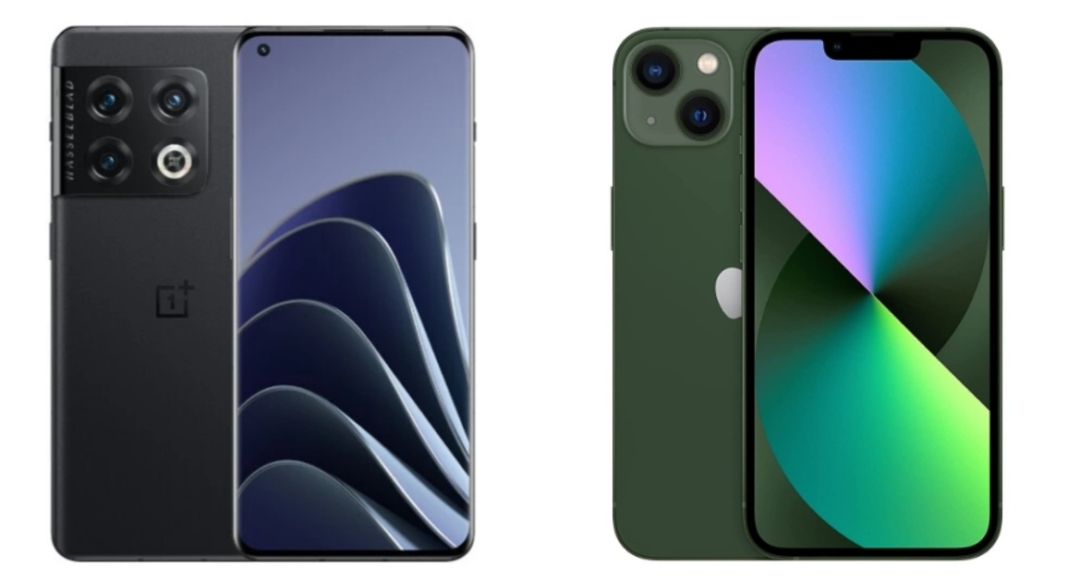 OnePlus, a Chinese premium smartphone manufacturer has announced the launch of the OnePlus 10 Pro in India. This high-end smartphone is powered by Qualcomm’s latest Snapdragon 8 Gen 1 SoC and comes pre-installed with Android 12. It has a striking design and high-end specifications, and it’s priced to compete with the iPhone 13. Let’s compare the two handsets to see which one offers the best value for money.

Both phones have a new design, but the OnePlus smartphone’s camera setup is more prominent, adding premiumness to its form factor. Apple uses a notch for the selfie camera, while OnePlus uses a punch-hole cutout to make the screen look more appealing and less intrusive. The screens on both devices are roughly the same size, so don’t be fooled by the fact that Apple uses an XDR display while the OnePlus phone uses an LTPO display. Both displays are OLED screens; the only difference is the branding. Despite being thicker, the OnePlus 10 Pro is lighter than the iPhone 13 due to the OnePlus’ use of aluminium rather than Apple’s use of stainless steel.

Apple uses a 12MP sensor for both its wide and ultra-wide lenses, as well as a LiDAR sensor on the back for better focusing and handling extreme low light photography. OnePlus, on the other hand, offers Hasselblad-branded high-resolution camera sensors that provide computational photography benefits similar to those offered by Apple. On the front, OnePlus has a 32MP selfie camera, while Apple has a 12MP selfie camera.

On the hardware side, the OnePlus 10 Pro is powered by the Snapdragon 8 Gen 1 SoC. While the iPhone 13 has its own A15 Bionic chipset, both devices are capable of handling high-end gaming and other tasks.

Komila Singhhttp://www.gadgetbridge.com
Komila is one of the most spirited tech writers at Gadget Bridge. Always up for a new challenge, she is an expert at dissecting technology and getting to its core. She loves to tinker with new mobile phones, tablets and headphones.
Facebook
Twitter
WhatsApp
Linkedin
ReddIt
Email
Previous article
OnePlus Bullets Wireless Z2 alongside OnePlus Buds Pro Radiant Silver launched in India
Next article
5 Best Digital Car Air Pumps That You Can Buy Under Rs 6,000 In 2022