'Total War: SHOGUN II' will be free-to-keep on Steam from Monday 27 April until Friday 1 May. 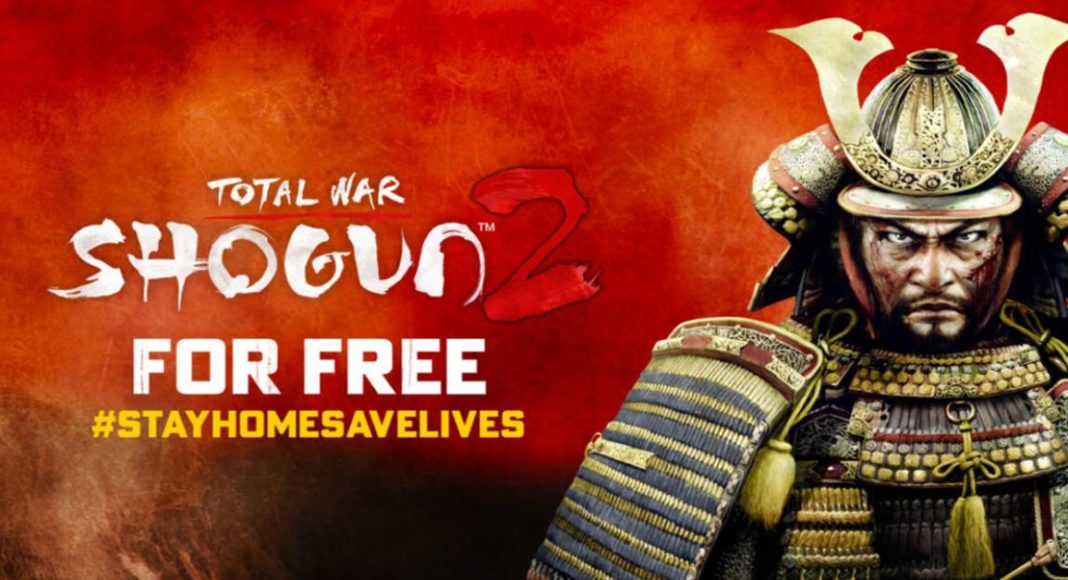 As communities across the globe are spending more and more time staying at home to save lives due to the ongoing coronavirus pandemic, Sega, a Japanese multinational video game developer and publisher headquartered in Shinagawa, Tokyo, has announced that ‘Total War: Shogun 2’ has now joined line of free games to keep you entertained.

Asserting that the past few weeks have presented unimaginable challenges to many of us, but the remarkable collective effort being made by the global community to overcome this moment of adversity has been truly inspirational, Sega stated that “With this in mind, we want to continue to encourage you all to stay home and save lives by extending a gift to everyone to help make this difficult situation a little bit easier. Total War: SHOGUN II will be free-to-keep on Steam from Monday 27 April until Friday 1 May.”

Within this epic homage to Feudal Japan, players can recreate an iconic clash of traditional samurai culture, build vast empires from Fukushima to Hitachi, or enact cunning schemes through spy and assassin networks while playing “Total War: SHOGUN II”. With hundreds of hours of campaign and battle to play, we hope it helps make the days a little brighter.

Earlier, Sega had announced that it is closing its Sega Heroes and Crazy Taxi Tycoon mobile titles after its parting ways with developer Demiurge Studios. Mind you! Demiurge, which was bought by Sega back in 2015, has once again been purchased by Albert Reed, its original co-founder.

It is notified that both Sega Heroes and Crazy Taxi Tycoon will not be available to gamers starting May 21, 2020. However, gamers will be unable to make in-app purchases from April 16 onwards.

As per a statement issued by Demiurge, “In 2015 we joined the SEGA family of studios. It has been an amazing ride with SEGA over the past five years, working with iconic IP to create a wonderful portfolio of free to play mobile games. Demiurge Studios will return to its roots. Albert Reed, one of our studio’s founders, leads a team that has acquired the studio from SEGA Corporation. General Manager Bart Simon becomes CEO and continues to lead one of the most experienced and talented teams in the industry.”