The smartphone was launched in Europe during September last year. 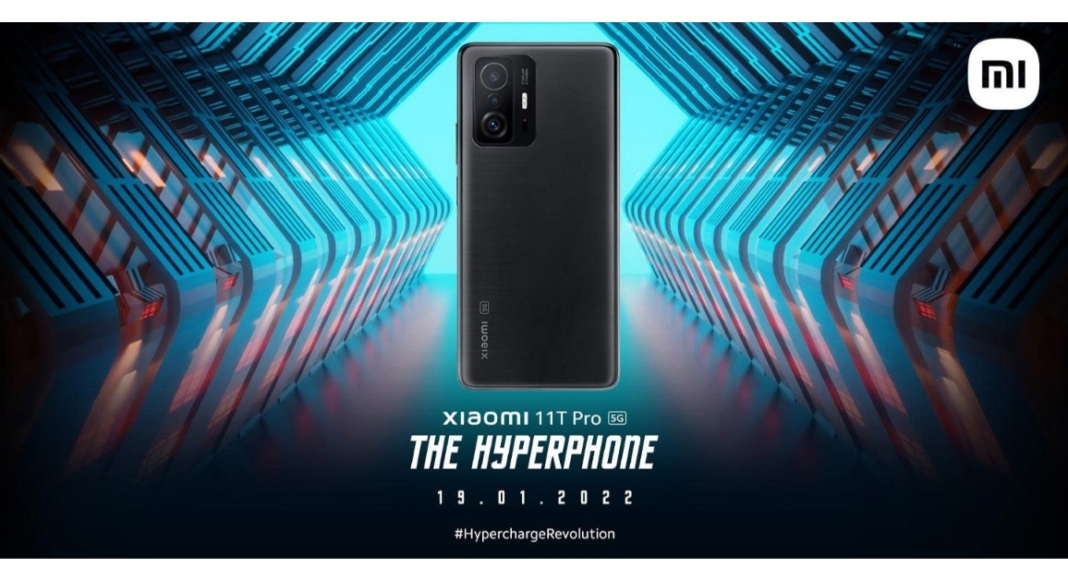 Xiaomi 11T Pro India launch is scheduled to take place on January 19. Just ahead of the upcoming launch the price, storage variants and a key specification have been leaked on the web. Although the company has not yet confirmed the device’s price and other details in the country, the phone has already been listed on Amazon confirming the launch.

Additionally, the device price is expected to fall between Rs 40,000 and Rs 50,000. Moreover, the phone is said to have stereo speakers powered by Harman Kardon. This is similar to the European variant and the Xiaomi Mi 11 Ultra, both of which include twin speakers tuned by the venerable audio gadget manufacturer. In India, the gadget will have the same specifications.

As we said before the Xiaomi 11T Pro is already listed on Amazon which highlights the key details of the smartphone. A 10-bit AMOLED display with a 120Hz refresh rate will be included in the Xiaomi 11T Pro. It will be powered by a Qualcomm Snapdragon 888 5G SoC. The forthcoming smartphone will also enable 120W Xiaomi HyperCharge fast charging, which can fully charge the battery in 17 minutes, according to the website.

There will be a 16-megapixel selfie camera on the front. 5G, Wi-Fi 6, Bluetooth v5.2, GPS/ A-GPS, NFC, IR blaster, and a USB Type-C port are among the connectivity possibilities.

A 6.67-inch flat 10bit AMOLED true-colour display is included with the Xiaomi 11T Pro. The panel has a refresh rate of 120Hz and supports AdaptiveSync, which adjusts the refresh rate dynamically. Corning Gorilla Glass Victus has been used to protect the screen. An octa-core Qualcomm Snapdragon 888 SoC with up to 12GB of RAM and 256GB of internal storage powers the phone.

The camera specification on this smartphone is the same as above. The battery capacity is the same, however, Xiaomi HyperCharge rapid charging is available at 120W. Harman Kardon has fine-tuned the twin speakers on this phone, which are also supported by Dolby Atmos and Dolby Vision.

Komila Singhhttp://www.gadgetbridge.com
Komila is one of the most spirited tech writers at Gadget Bridge. Always up for a new challenge, she is an expert at dissecting technology and getting to its core. She loves to tinker with new mobile phones, tablets and headphones.
Facebook
Twitter
WhatsApp
Linkedin
ReddIt
Email
Previous article
How to Create a Winning Commercial Real Estate Marketing Strategy Using Tech
Next article
TCL to offer discounts and offers on a wide range of TVs during Flipkart Republic Day Sale