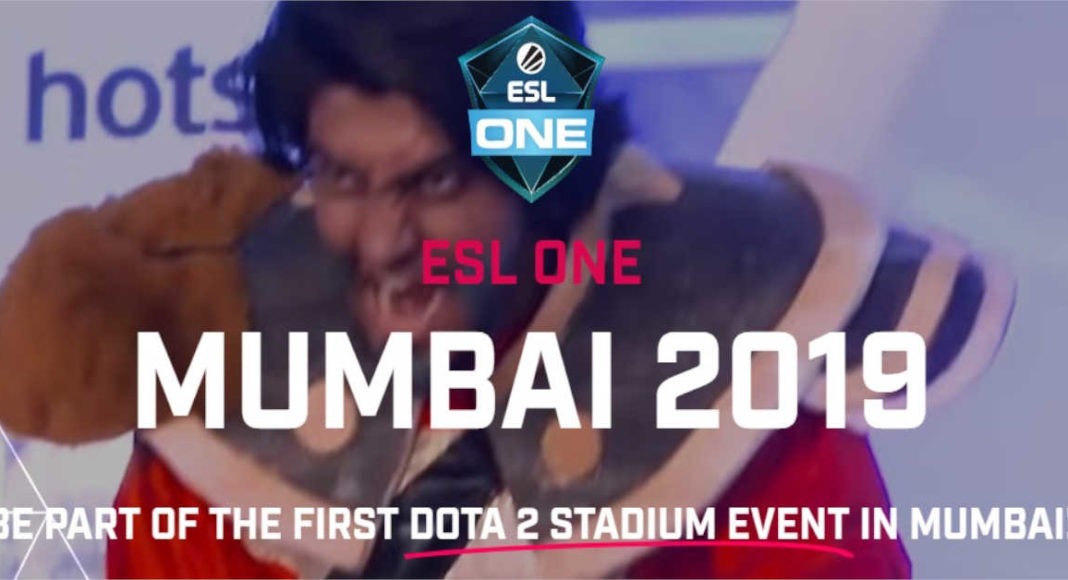 Esports company ESL and NODWIN Gaming have joined hands to announce the debut of ESL One powered by Intel that will be held in Mumbai, India starting April 19. The large scale entertainment and sports events event will go on till April 21 and will take place at NSCI Dome, which can accommodate up to 8,000 people.

While seven teams will be invited directly to ESL One Mumbai 2019, four teams would have to fight their way up through the online qualifiers, which are set to take place in other regions including Europe, North America, Greater China and Southeast Asia. In addition to this, a local qualifier will be held in India to find the last participating team among India’s best. Eight out of twelve teams will be taking part in group stages during April 16-April 18. These teams will be getting a chance to play on the big stage in front of thousands of enthusiastic Cota 2 fans.

Besides the tournament, ESL One Mumbai 2019 will also feature an array of other exciting activities including Dota 2 cosplay competition and opportunities to interact with the teams and pro players.

Speaking about the upcoming tournament, Ulrich Schulze, Senior Vice President of Product at ESL said “We can’t wait to bring ESL One to a completely new location – especially since this will mark the first big Dota 2 tournament in India. We see great potential in the Indian esports market and are looking forward to further foster the growth of the local scene together with our partner NODWIN Gaming.”

Managing Director of NODWIN Gaming, Akshat Rathee also spoke about the upcoming event. He said, “ESL One commands global reverence in the world of esports and for India to play host to this event is indeed a landmark for the country’s esports history. NODWIN Gaming has the first-hand experience of the passion of the Indian Dota 2 community over multiple years and this is our gift to them – to come and meet the best Dota 2 gamers of the world at ESL One Mumbai 2019.”

Prakash Mallya, Managing Director of Sales and Marketing Group of Intel India said, “As the technology leader for esports and gaming and ESL’s Global Technical Partner, Intel is looking forward to delivering a world-class gaming experience to Dota 2 fans in India and around the world at the inaugural of ESL One Mumbai 2019.”