The Audio chat service by Facebook is similar to Clubhouse. 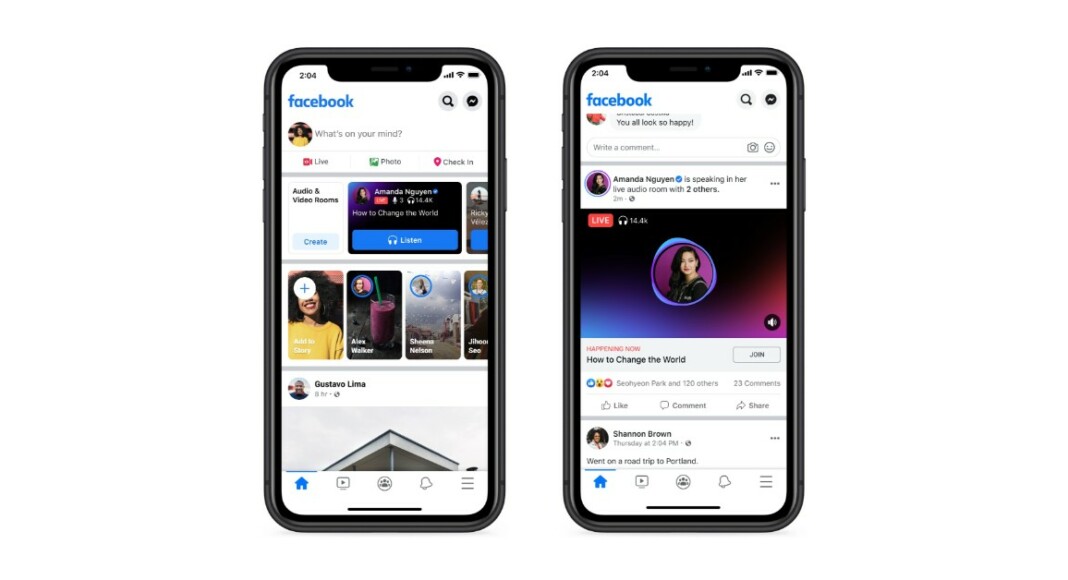 A year ago Facebook announced the Live Audio Rooms feature on its platform. This feature is similar to Clubhouse and was earlier available for iOS users only. Now the feature is being rolled out globally for public figures and creators as well as groups.

To recall, the Clubhouse-like audio chat service that is Facebook Live Audio was launched for iOS last year in the USA. But now Facebook has expanded the ability for more public figures and Groups to host a Live Audio Room globally. This feature allows users to discover, listen in on and join live conversations with public figures, experts and others about topics they’re interested in.

The friends, followers, verified public figures or any listener in the room can be invited to be a speaker by public figures. The host can invite speakers ahead of time during the discussion. Up to 50 speakers and an unlimited number of listeners can participate in Facebook Live Audio.

Also Read: How to create your own room in the Clubhouse app: A complete step by step guide

According to the company, people on iOS and Android can discover Live Audio Rooms to join from places like News Feed and via notifications. They can also sign up to be reminded when a Live Audio Room you’re interested in goes live. While they are listening to a conversation they can be notified when friends or followers join, too. In addition to this one can also enable live captions, “raise a hand” to request to join the conversation, and use reactions to participate in real-time.

Besides this, the listeners can support and show appreciation to the public figure host by sending Stars, which bumps those listeners up to the “front row.” The “front row” is a special section that highlights people who sent Stars, so hosts can recognise supporters (and maybe even give them a shout out during the conversation!). The Stars packs can be purchased during the conversation and send them anytime.

Komila Singhhttp://www.gadgetbridge.com
Komila is one of the most spirited tech writers at Gadget Bridge. Always up for a new challenge, she is an expert at dissecting technology and getting to its core. She loves to tinker with new mobile phones, tablets and headphones.
Facebook
Twitter
WhatsApp
Linkedin
ReddIt
Email
Previous articleHP Chromebook x360 14a with AMD processor and graphics gets officially launched in India
Next article13 October 2021 Amazon Quiz today answers: Answer to win Rs 30,000 Amazon Pay Balance